Discussions on all aspects of Imperial Germany not covered in the other sections.
8 posts • Page 1 of 1 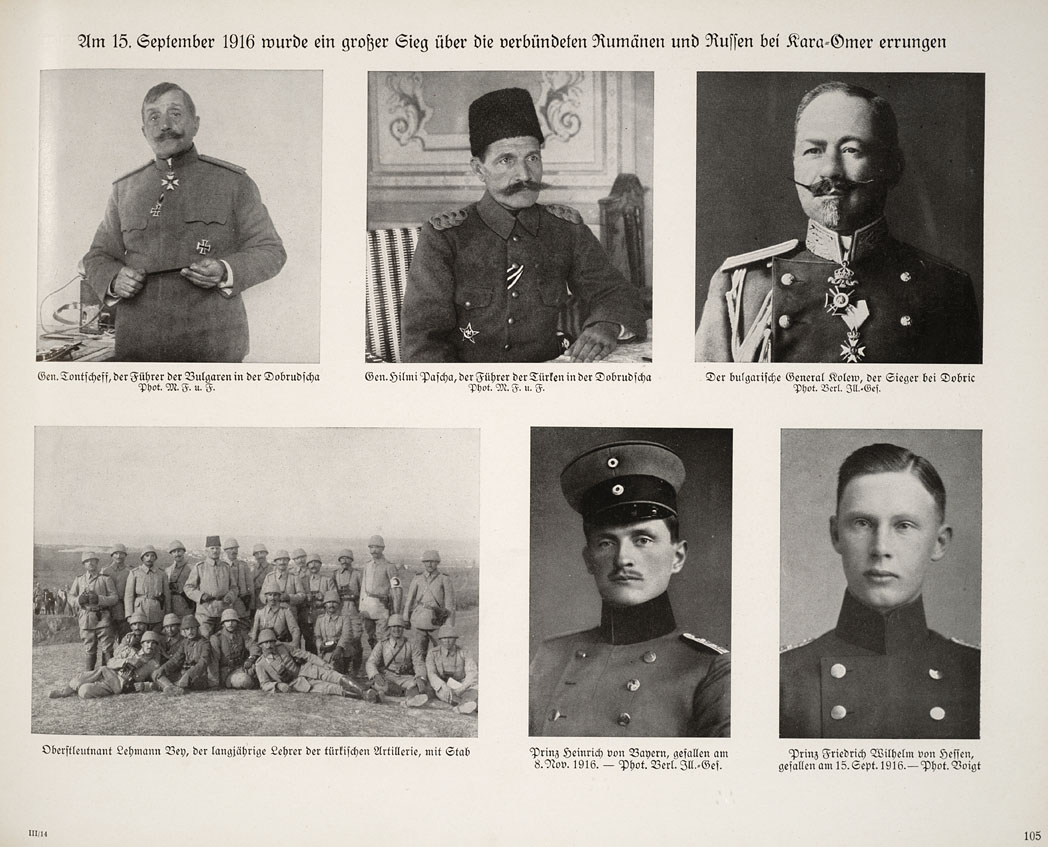 Prinz Heinrich von Bayern( 1884-1916)was the nephew of Ludwig King of Bavaria and Field Marshal Prinz Leopold of Bavaria.A cousin of Rupprecht Kronprinz von Bayern.Served with the Leib Regiment,Alpenkorps.

Has anyone any details on what unit Prinz Friedrich Wilhelm von Hesse-Kassel(1893-1916) served with?

Or his brother Prinz Maximiliian von Hessen-Kassel who was also killed in 1914?

Another two twin brothers joined the family in 1901--Christoph and Richard.

Christoph von Hesse was a Luftwaffe Major,killed in an air crash in Italy in 1943.

Out of six royal brothers,three died on active service.

I have previously posted how my communist maternal grandmother harranged a wounded son of the Kaiser on a bench in the Royal Gardens in Potsdam. You previously corrected me as to it was a nephew and not a son of the Kaiser died as a pilot in, I believe, 1917. (I would think surviving such a post long-term was very unlikely.)

It is best not to wander too far into the swamp of the present, but it is notable that, I believe, that only two (a year ago I think it was one) of the 535 members of Congress have a child in the military.

Did any of the other royal or princely families of Europe lose children in the Great War?

Royalty killed in the war:

Prince Heinrich XLVI Reuss(brother of above) - KIA (at the battle of La Bassée, Belgium 20 Oct. 1914(German)

Prince Oleg Constantinovitch - d. of wounds received in action (while in a cavalry charge against
the Germans) at Vilna 12 Oct.1914 (Russian)

Prince Friedrich of Saxe-Meiningen (father of above)- kia Tarcienne, near Charleroi, Belgium 23 Aug. 1914 (the only father/son duo to be killed)(German)

Heinrich von Bayern (born June 24, 1884 in Munich; † November 8, 1916 in the Argeș district / Romania) was Prince of Bavaria, came from the Wittelsbach family and was a highly decorated officer in the Bavarian Army in World War I. Heinrich was the only son of Prince Arnulf of Bavaria and his wife Therese Princess von und zu Liechtenstein. The prince was raised by Gebhard Himmler, Heinrich Himmler's father. The Bavarian prince later became Heinrich Himmler's godfather.

In 1901 at the age of 17 was a lieutenant in the Infanterie-Leib-Regiment of the Bavarian Army. Four years later he switched to the 1st Heavy Cavalry Regiment "Prince Karl of Bavaria" (1. Schweren Reiter-Regiment „Prinz Karl von Bayern“). As leader of the 2nd Squadron, he went to the First World War on August 3, 1914. He led one of the few classic cavalry attacks on the western front in the middle of the enemy and was wounded by a lance. Promoted to Major in January 1915, he took over the III. Battalion of the Infanterie-Leib-Regiment, which was subordinate to the newly established German Alpine Corps.

On June 24, 1916, he was awarded the Iron Cross First Class for his brave conduct and military service. In addition, he was given the Knight's Cross of the Militär-Max-Joseph-Ordens No. 117 (number during the First World War) “because of the heavy fighting at Fleury and later on the Turnu Roşu Pass in Romania.

During an exploration at Monte Sate (Romania / north Sălătrucu, about 60 km southeast of Sibiu / Transylvania) on November 7, 1916, despite warnings from snipers, he renounced cover and was seriously wounded by a bullet while walking back. He died from his injuries the following day. His last words are said to have been "Noblesse oblige!"

Also Prinz Heinrich with Mj Max Graf v Bothmer, I Bataillon Kmdr of Leib Rgt, not to be confused with Graf Robert or Graf Ludwig MMJO's of same regiment.
You do not have the required permissions to view the files attached to this post.
Top


Cheers
You do not have the required permissions to view the files attached to this post.
Top
8 posts • Page 1 of 1