I have come across some March 1945 feldpost in some of my paperwork. Can someone help translate it?

IMG_9691.jpg
IMG_9692.jpg
IMG_9693.jpg
You do not have the required permissions to view the files attached to this post.
Top

in short; it is about Hilli (Hildegard, a female first name) having a fever, going to the pharmacy etc.
someone named Meier writing to Gefreiter Meier, who is on a military base in Hamburg.
Top

What I read.
I think the name reads "Willie", though.

The name of their son is "Willi", short for Wilhelm. Hiltraut is absolutely correct when she states it´s not "Hilli".
The writer is using numerous times the term "er = he" what would be never the case when talking about a female.
In the line "Ich will Dir rasch sagen, dass Willis Fieber" its should be "Willi´s fever".
And there is typo in the original letter and Hiltraut´s transcript in the same word:
It ´s "in meinem ausführlichen Brief Näheres!" correctly.

is incorrect as there is not a single word in the letter that they went to a pharmacy or contacted a pharmacy,
Top

We didn´t cover the recipient yet.
It´s

The number 24 in the circle is the area postal code. 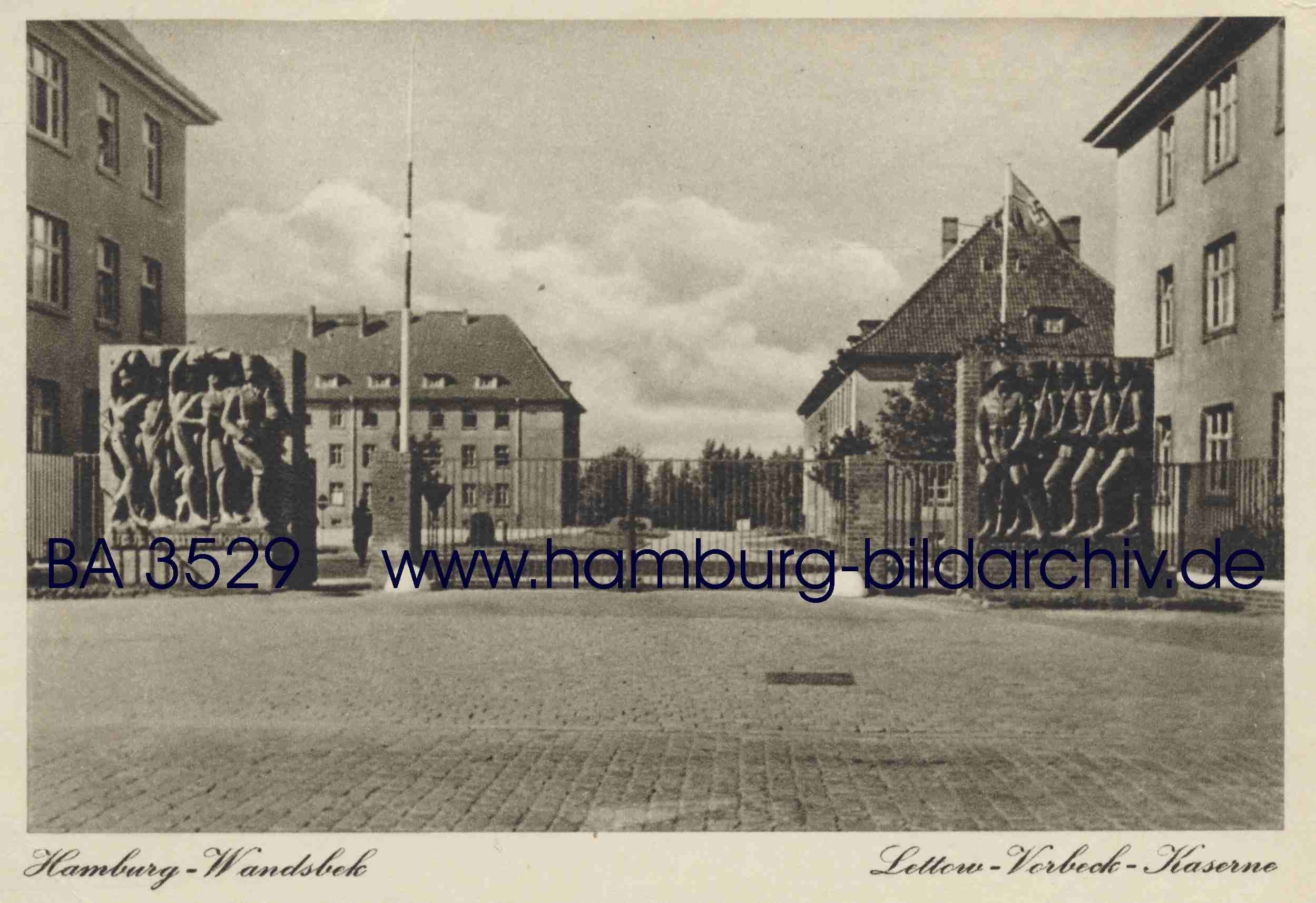 Source: http://hamburg-bildarchiv.de/0330549e22 ... index.html
According the information by Kristina Werner in her book "Zwischen Neutralität und Propaganda - Französisch-Dolmetscher im Nationalsozialismus" p. 58/59 the members of the Dolmetscher/translator companies were not forced to participate in battles while serving on the front but were active as Sonderführer. They often were assistent professors, lecturers, missionars or merchants with longtime experience overseas.
Top

Thanks so much. This makes perfect sense for Carl Meier. I know who he was (I have a lot of documents from him) and yes he was an interpreter and buyer for the wehrmacht and was a international merchant so this makes sense