Apologies in advance for the massive picture sizes.

About 18-20 years ago my grandfather, while flipping a house, came across a notebook in a dresser drawer. Old even by twenty years ago, the notebook is hand-written and entirely in German with multiple obvious references to World War Two-era information. There are papers with the Swastika, dates are during the war years, and the entire book appears to be dedicated to arming, supplying, and maintaining Nebeltruppen.
I am only able to translate some of the writing, mostly page headers and some individual papers attached to the notebook pages. The author's handwriting is...difficult to impossible to read due to his handwriting style. Even so, nearly everything I have translated points to the supply of troops with chemical weapons and chemical weapon supplies.

The book is titled: 'Ver waltungskunde." and has 'H. Krautheim / Ob. =Sahirrm. (Ch).' on the cover.
Headings are various, including 'Ausbildungsplan,Allgemeine Begriffe in der Geratverwaltung, Gliederung der Nebeltruppe nach...kStN(H)' along with a blank stationary paper from 'Sepdelen-Werke', multiple blank receipts, 'Gliederung des OKH; AHA', a hand-drawn map of Germany with some parts of I believe conquered Poland that make references to range, "Beschaffen von Waffen veim Ersatzheer, Gang der Anforderung", "Waffen, Gerat und Munition der Nebeltruppe. (Ausstattung)" and some rather...unnerving to look at drawings of something coming out of pots, a rocket, smoke, skulls, cups, fans and hand. Pictures attached.

Much of the book is difficult to read due to the handwriting but hopefully someone might be able to provide at least some information about the author or what the book may be describing in detail. 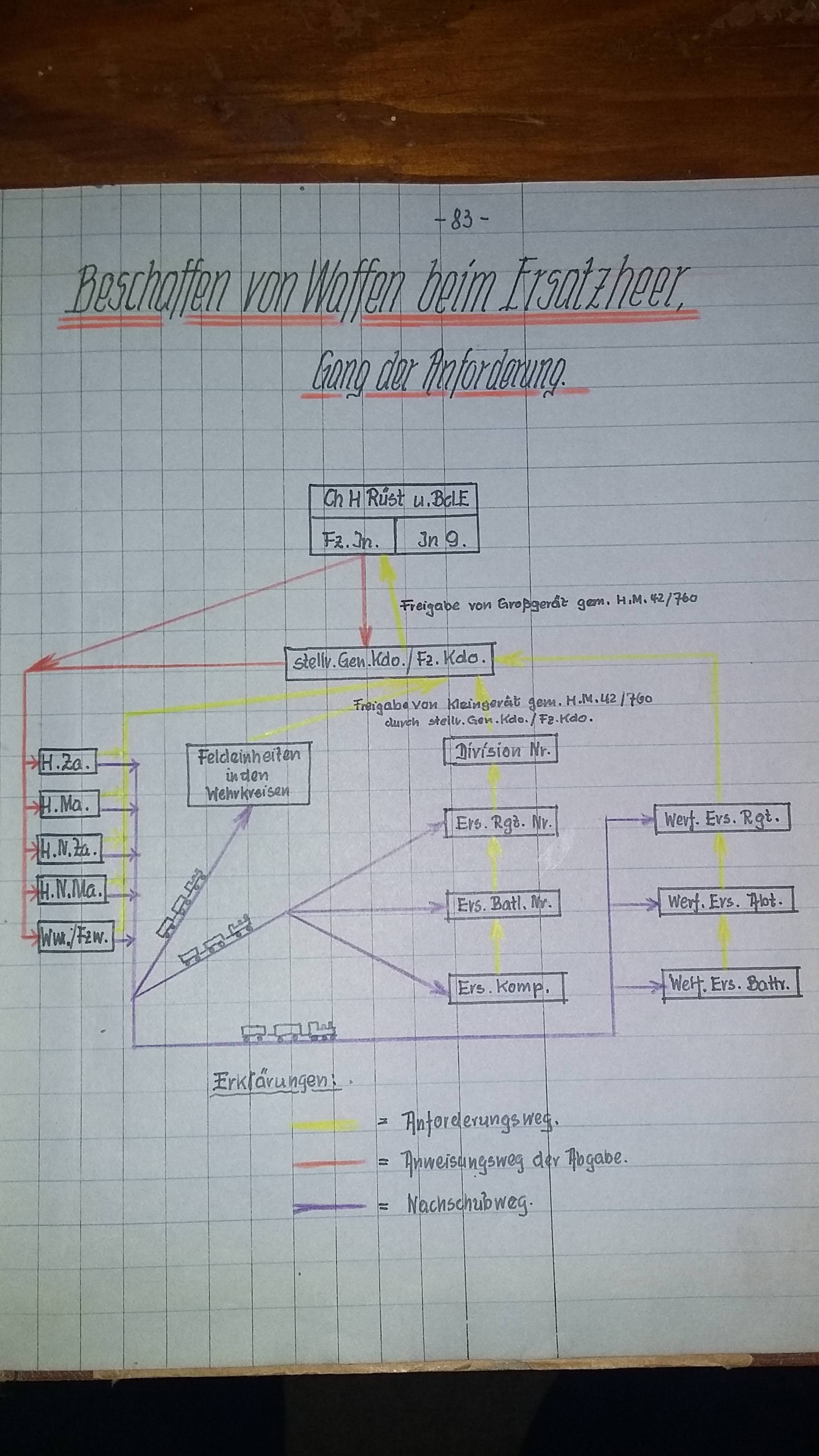 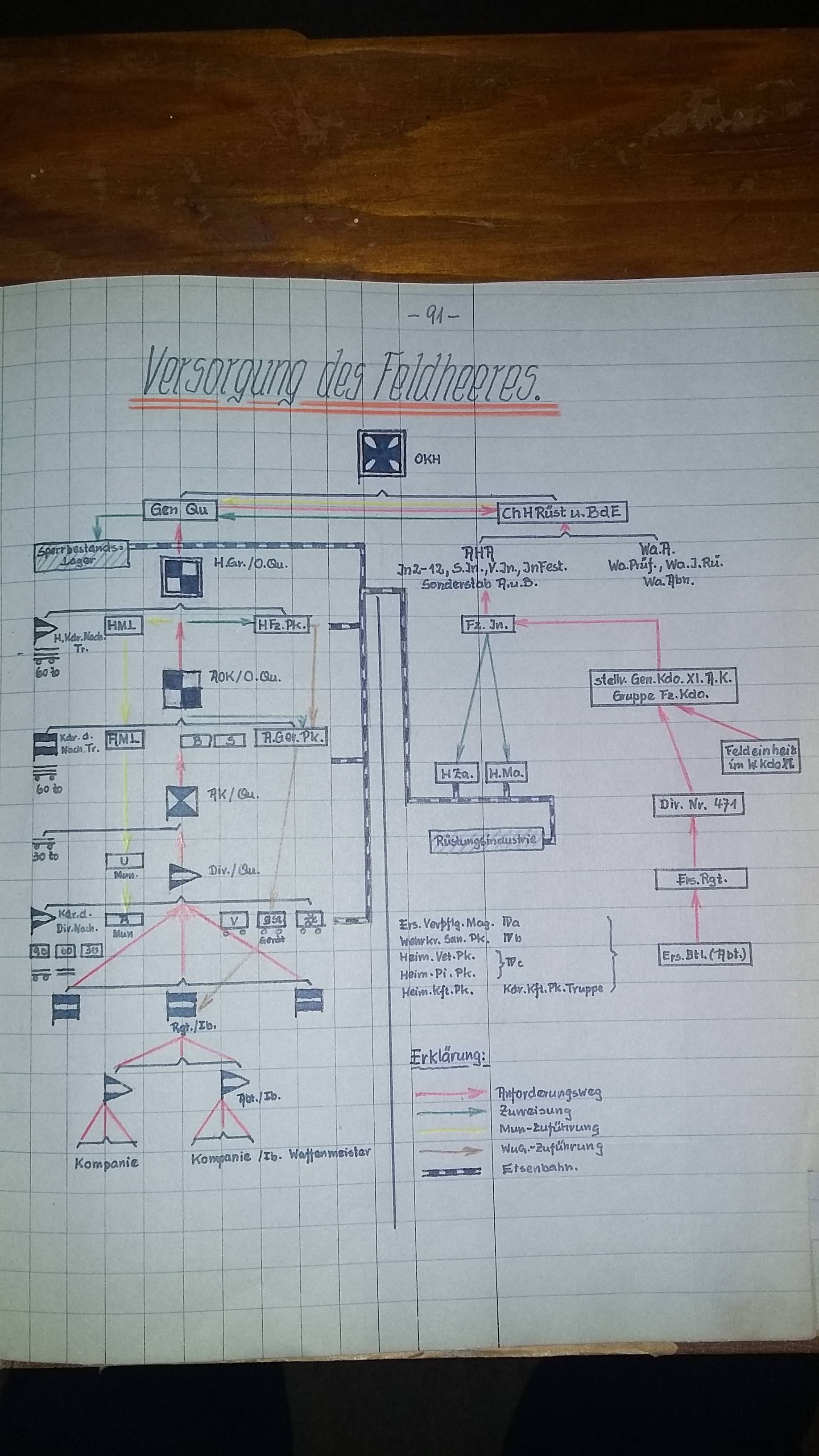 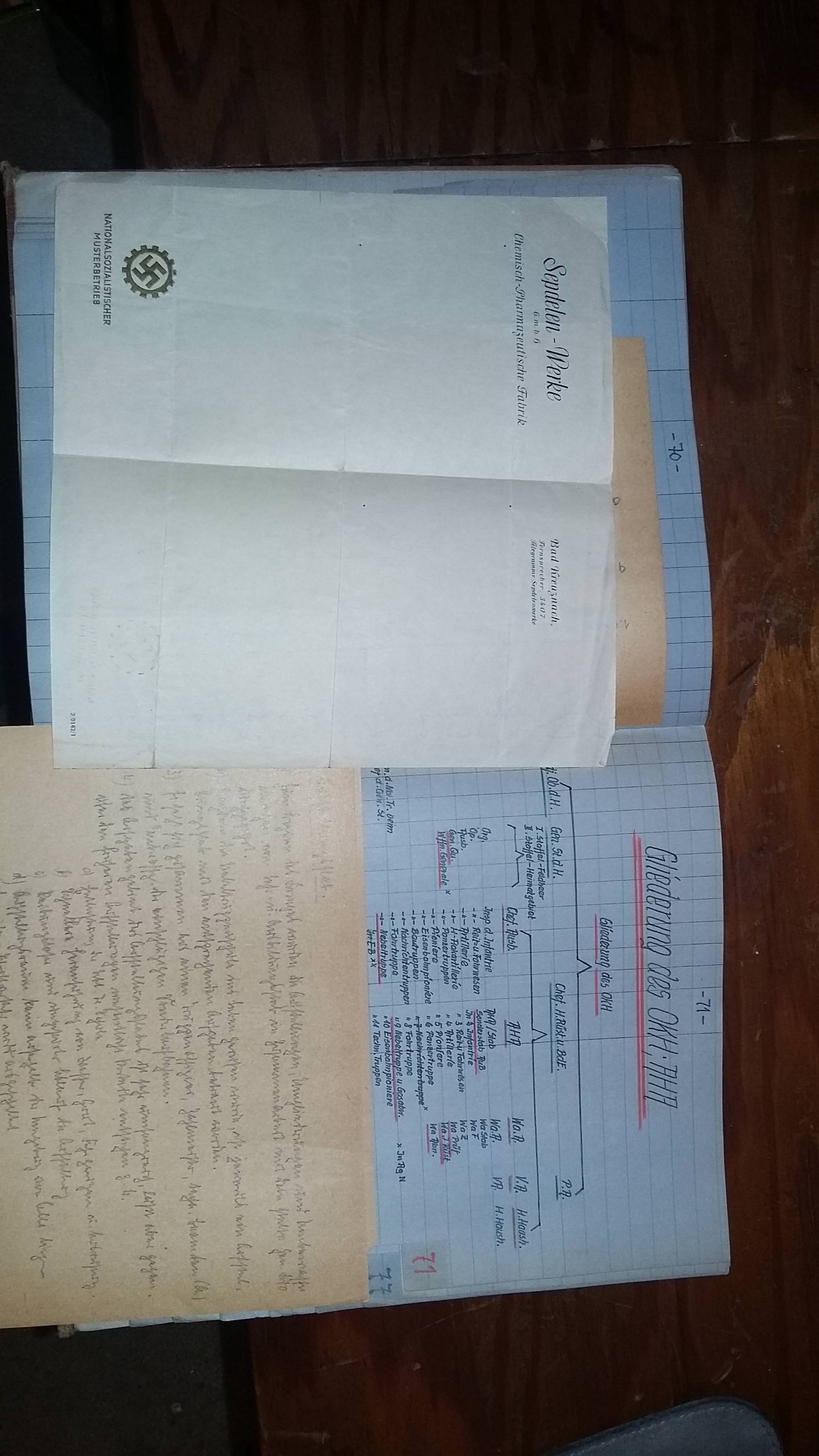 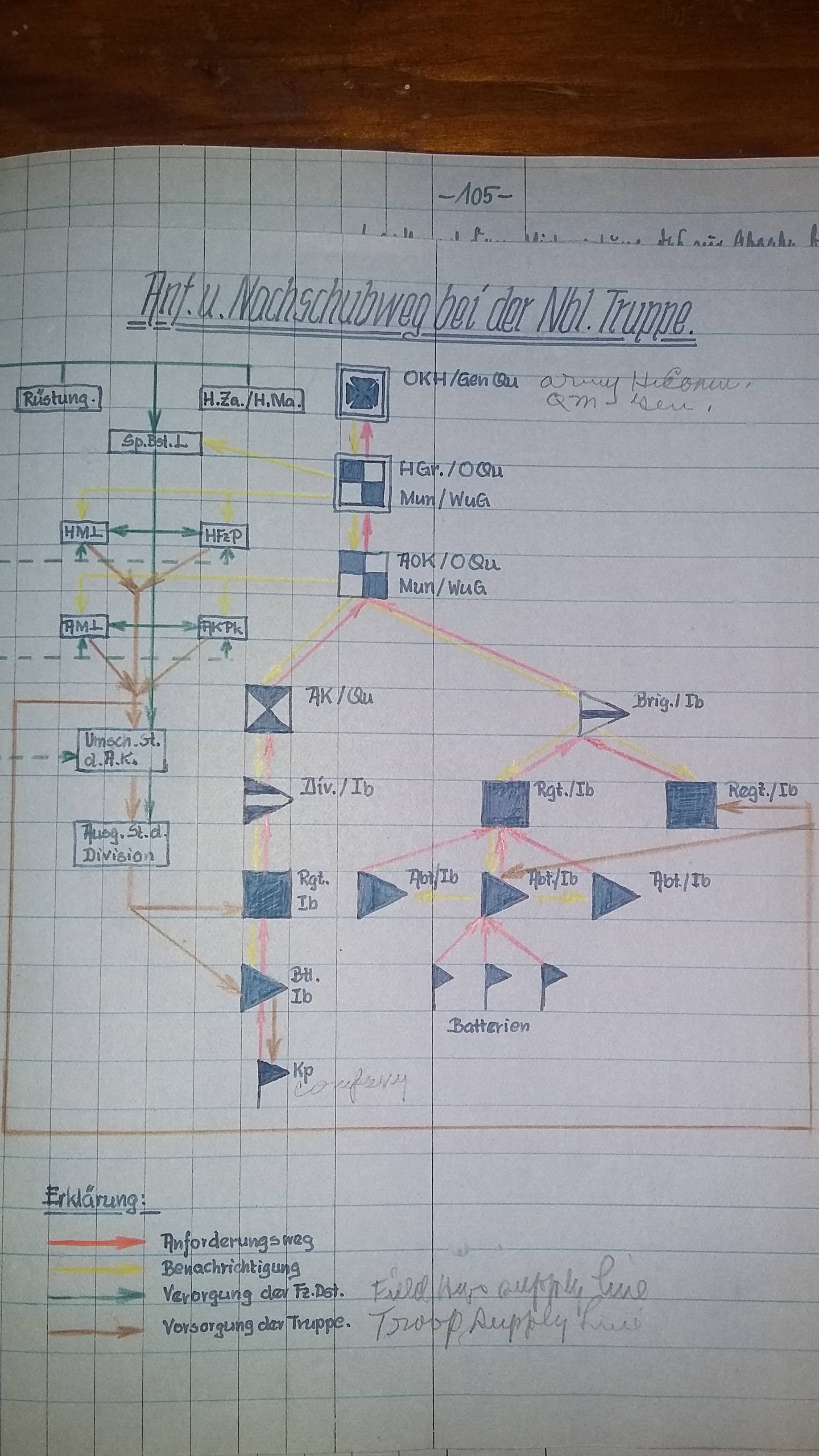 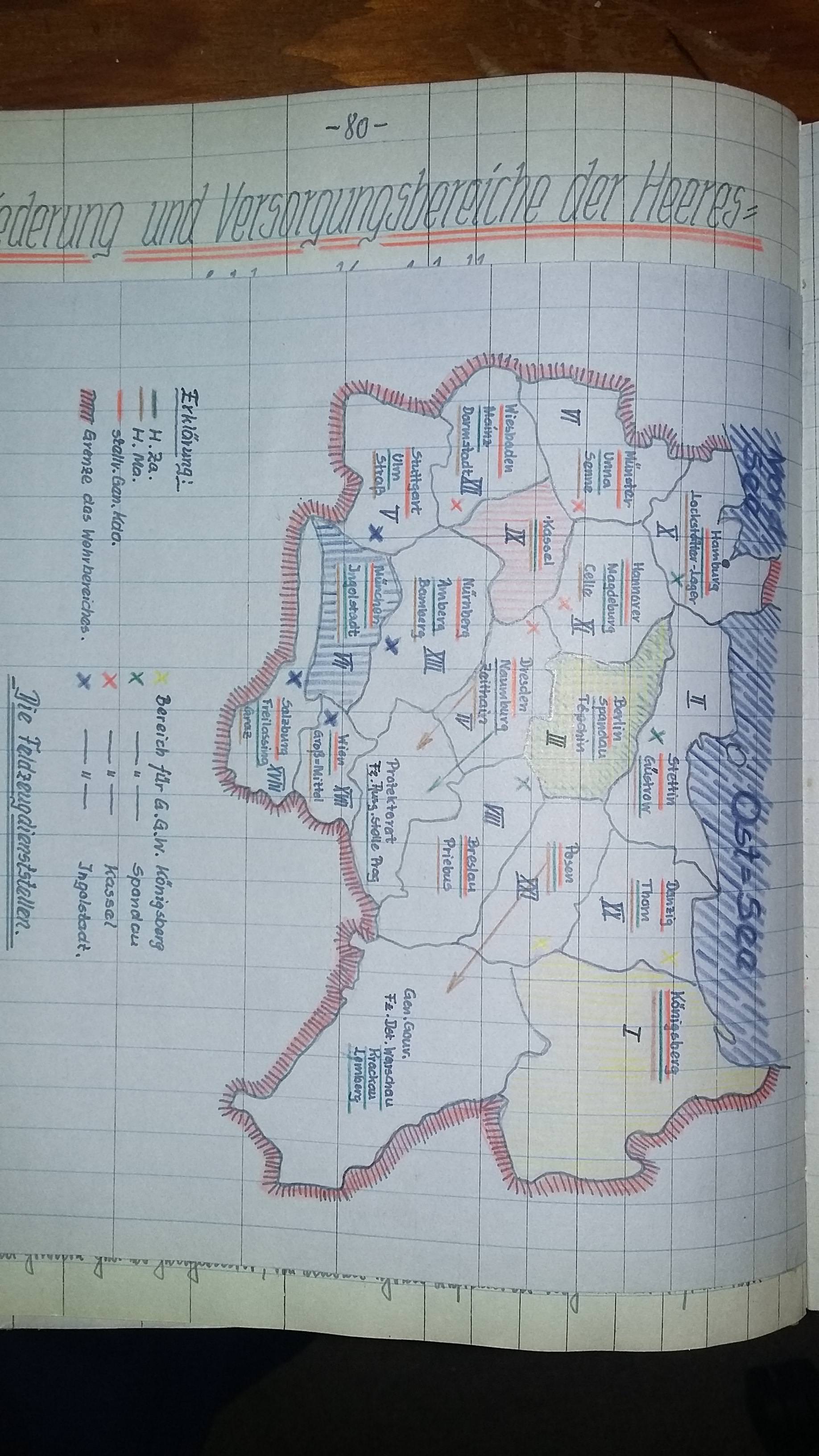 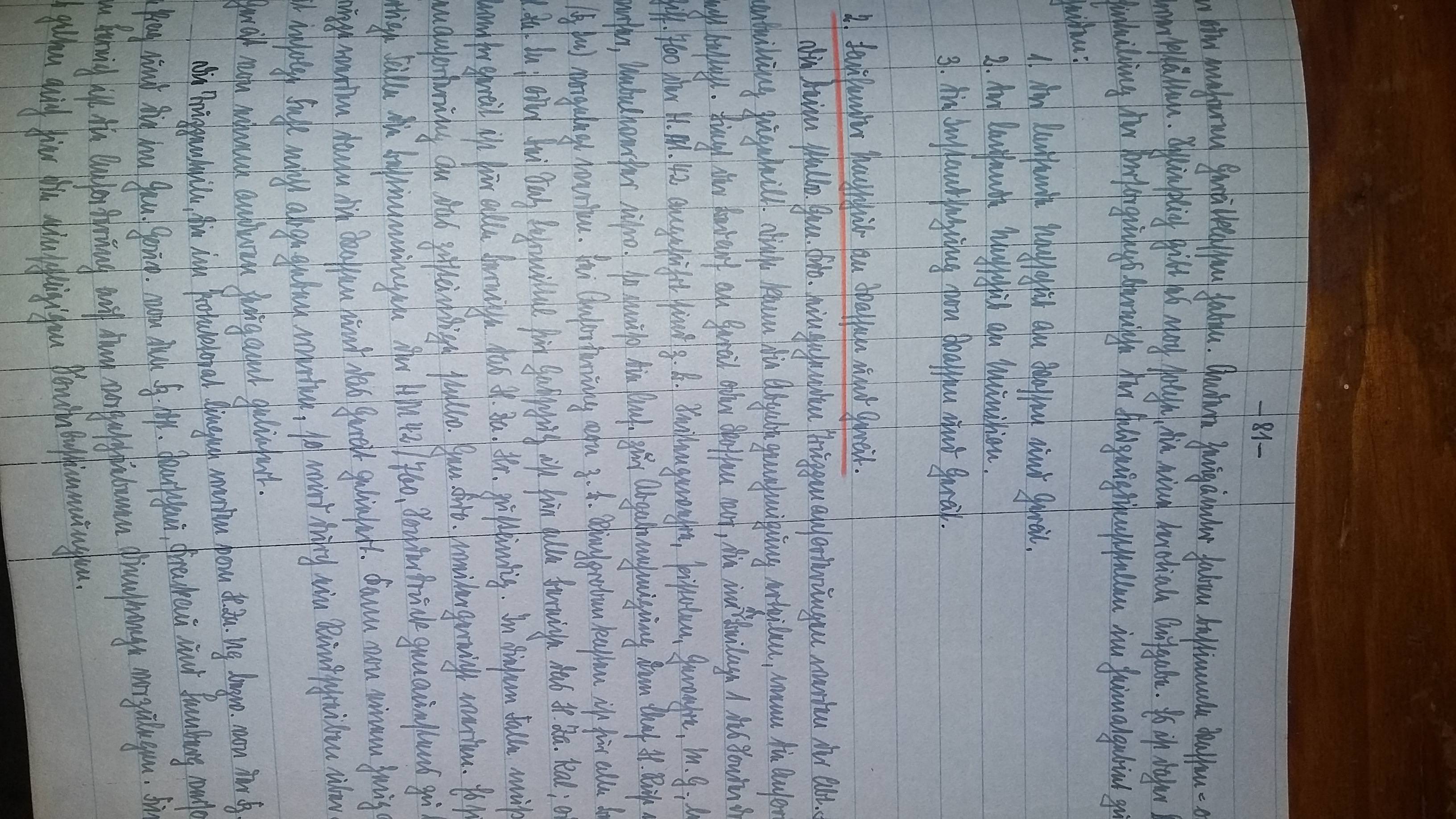 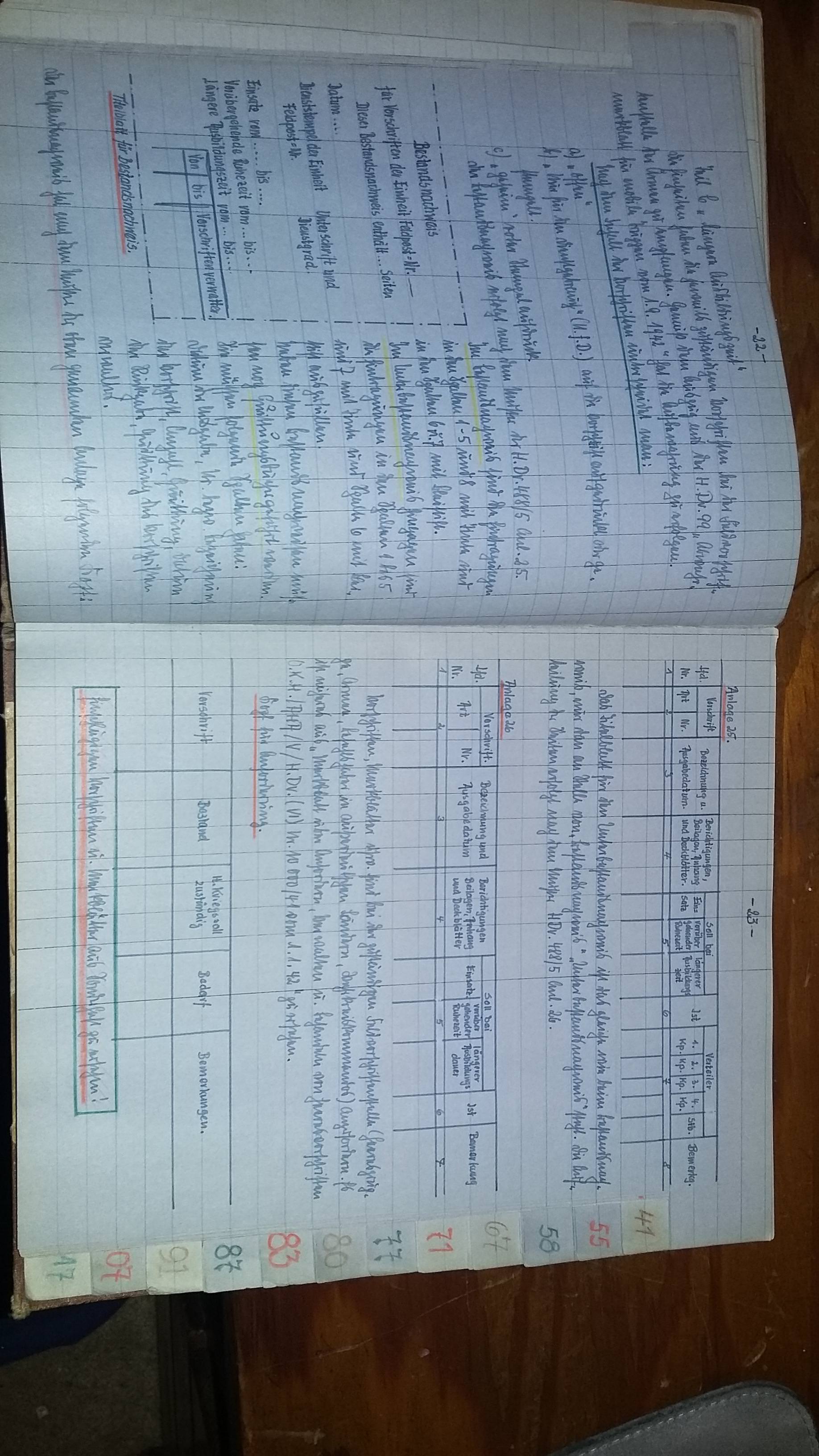 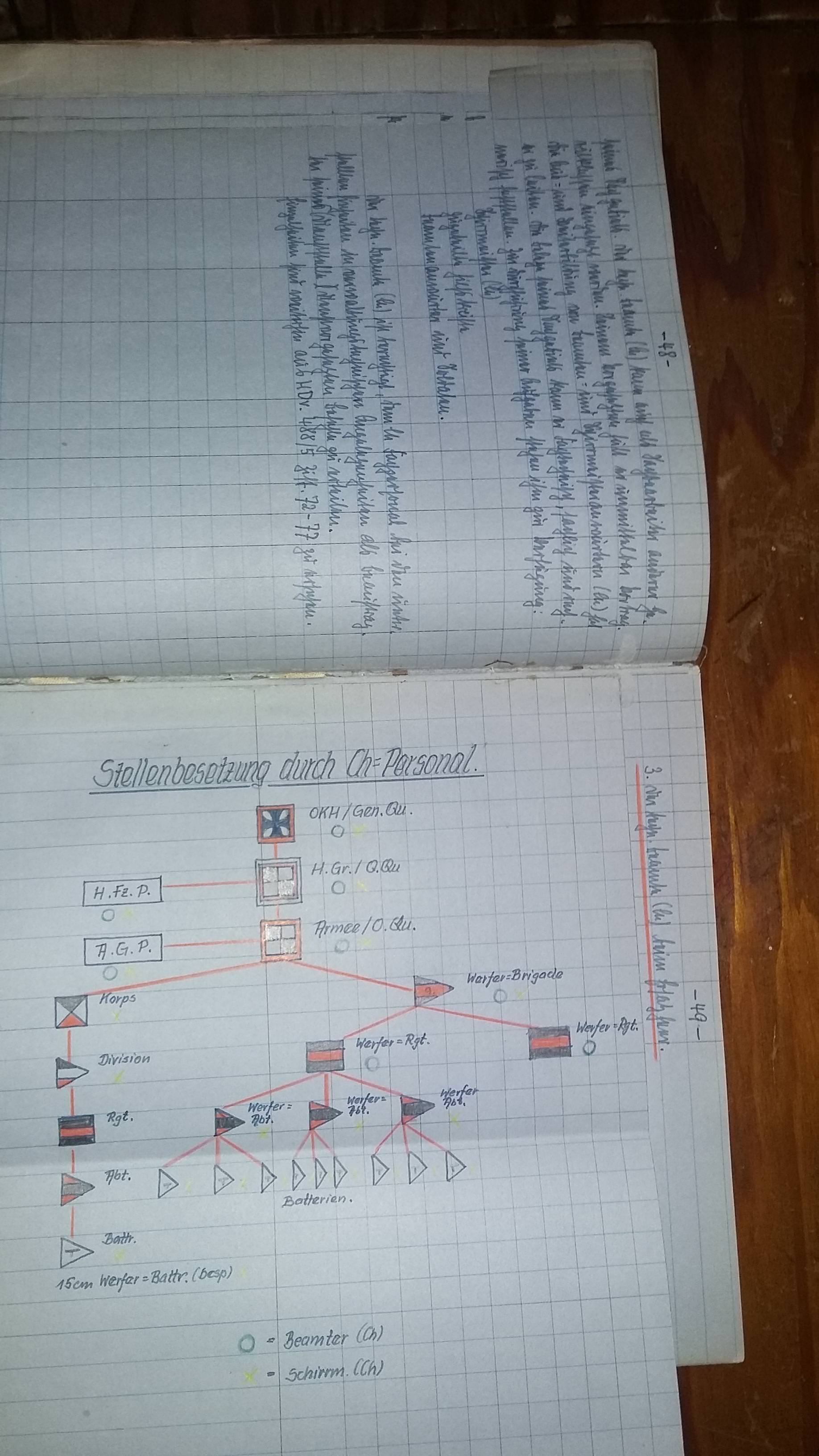 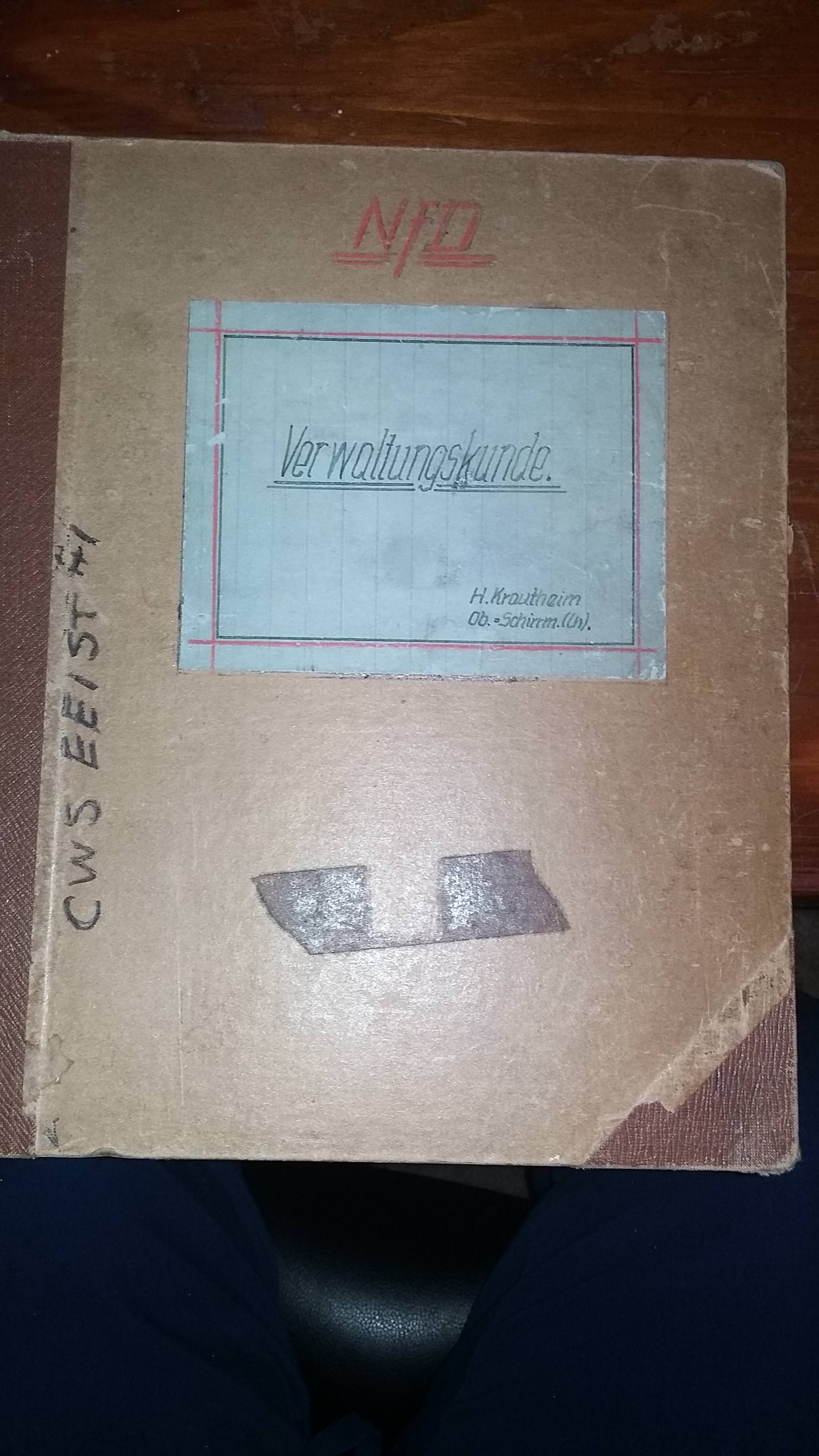 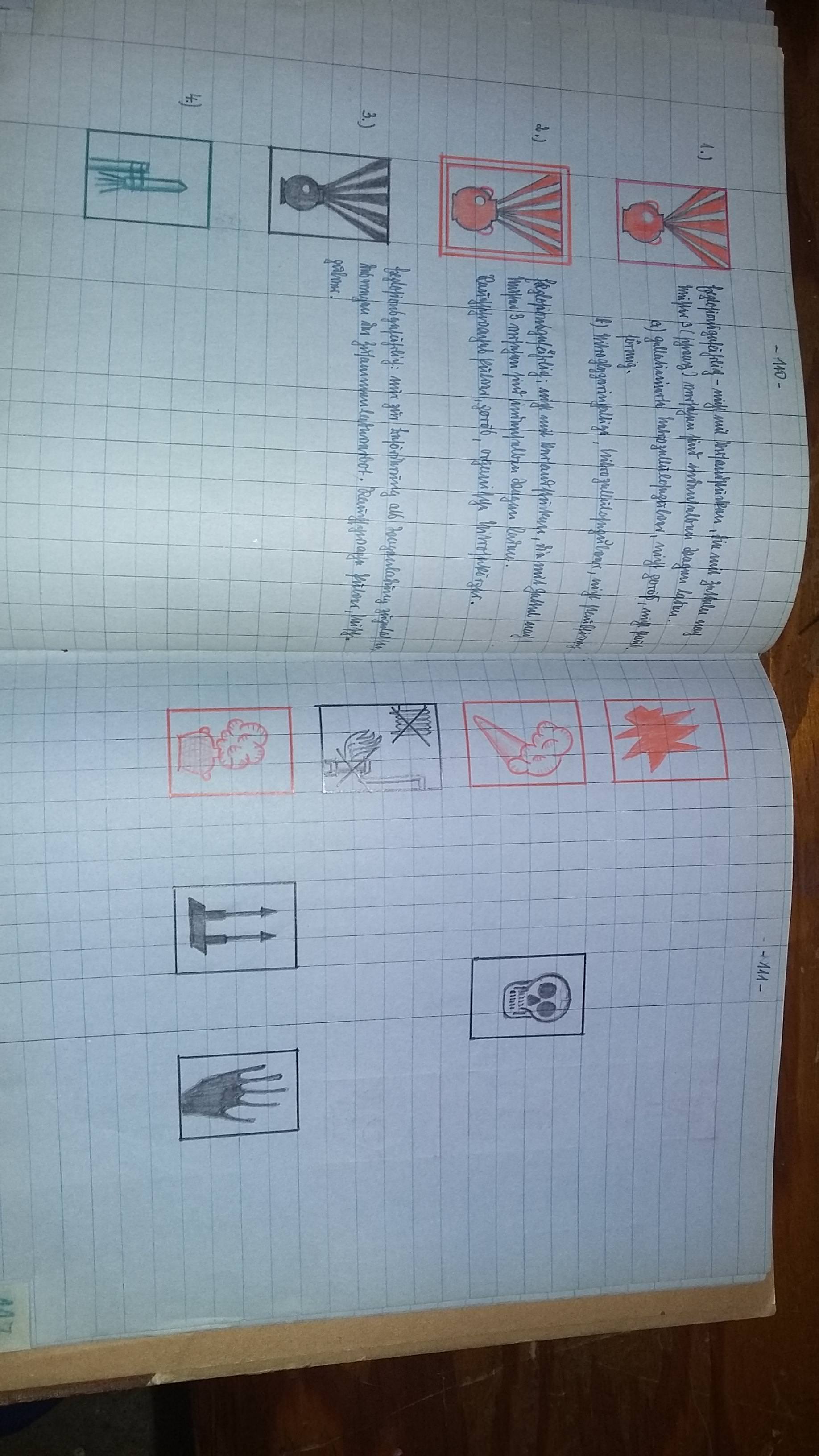 A fascinating find. Has no one offered you assistance yet? Sadly I can't. This looks like something that should be in a museum.
Top
2 posts • Page 1 of 1