Discussions on the Winter War and Continuation War, the wars between Finland and the USSR.
Hosted by Juha Tompuri
42 posts 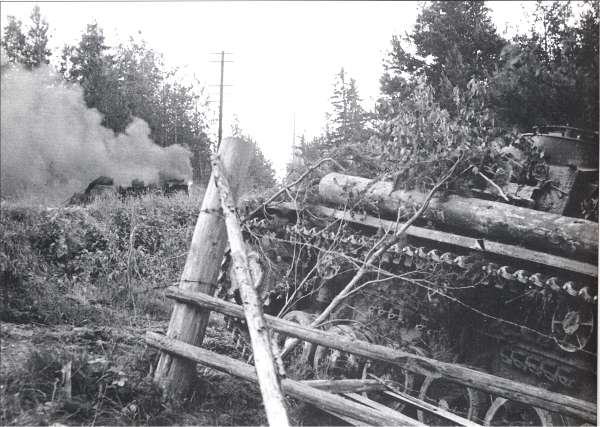 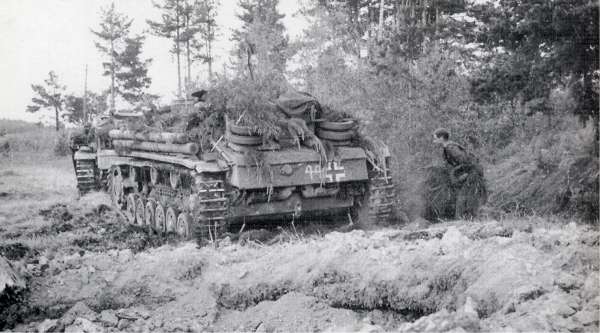 Great info, Jagala and great shots of the StuGs Michael, are they from any publication or straight from "Sotaarkisto"?
Top

I had a look at what Eino Pohjamo wrote in "Suomalainen korpisoturi" (1994) and it is possible that he gave a new improved (and not simply a different) version: the second shot comes from the Finnish AT gun (and not the German StuG) and the tankman who escaped meets his fate in the hands of the riflemen closer to the front line. (The name of the wounded AT-man has changed, too, from Vehmas to Viljanen.)

Pohjamo did serve in JR 12, but he obviously didn't witness any of these events and while we don't need to doubt that he sought out first hand accounts as far as possible when he wrote his books and when they were published he probably received comments from men who had been there, the stories are only as accurate as human memory allows.
Top

We ought to see that short film track again!
I have seen it only once in some YLE document, mixed between other tracks.
YLE must have it, and Narc also.
So, what to do?

Juha #1 wrote:A little background to the pic with destroyed T-34,if you don't mind.

Pic was taken 30.6.44.This T-34 was one of 2 Russian tanks who had gone thru frontlines in Tali-Ihanta battle and was aproaching Ihantala village.Troops in the area were told that Finnish tanks might appear,they would be idenfield by east turned gun and those 2 tanks had their guns turned to East(Finnish Armoured Division had also few T-34 tanks).

As tanks were just few meters away,men noticed red stars in their turrets(stars were not easily seen because dirt and smut from exhaust pipes).Other tank went to right and was soon destroyed.The T-34 in pic advanced one km and then turned back and headed back to Russian lines.But Finnish antitank teams were waiting.First an shell from German Stug of 2./303.Stug.Brigade hit it to side armour.T-34 stopped and man jumped from turret.As he started run towards frontline with pistol in his hand,Panzerfaust fired by Corporal from GunCompany/12IR hit the tank.T-34 exploted.
As Russian tankcommander fled,he ran to private Viljanen and wounted him by shooting thru his chest.Private Arvi Peräsalo was close but his rifle was in his back.In desperate effort he picked large stone from ground and threw it toward Russian.Russian throught it was handgrenade and changed his running direction towards Finns in foxholes and was shot and killed.He turned out to be an officer,some said he was a Major.

The pic was taken few hours later and tanks is still burning.The men in pic are Sergeant Kaarlo Niemelä on the left and Sergeant Heino Nikulassi on right.Both men are from II/IR12 and experienced tank destroyers.Niemelä (age 24 from Salla) destroyed 3 KV and 1,5 T-34 and Nikulassi (27 from Kemijärvi) destroyed 1 JS and 2-T34.Nikulassi was killed next day.

So that's that pics story.

Jagala wrote:"The most photographed tank kill of the Continuation War"

Well... at least I don't remember seeing very many other "tank kill" photos than this.
About destroyed tanks in general, the SU-152 destroyed at the Ihantala church hill would perhaps also be a good candidate.

Here some topic related photos from book Suomi Tahtoi Elää II (Finland Wanted to Live, vol II) by Taavi Patoharju etc.
You do not have the required permissions to view the files attached to this post.
AHF Bookstore - How you can support AHF - Get your AHF gear
Top

Approx the place where the T-34 was stopped.

The Finnish at-guns positions were at the right side of this photo ("Korpela expanse")
http://www.pkymasehist.fi/kannaksen_matka.html

Here the location of the finnish at weapons at the Ihantala region 3th July 1944 (From book Rauta Palaa by Eino Pohjamo) and the possible location of the finnish 75mm at gun in the photos:
Ps. Kauhu = Panzerschreck
Ps. nyrkkiryhmiä = sections with Panzerfausts
RK = ex-Soviet 76mm regimental gun
You do not have the required permissions to view the files attached to this post.
AHF Bookstore - How you can support AHF - Get your AHF gear
Top

Juha#1 must have read the same book as I did, but it would seem that we didn't read the same book:-) It is entirely possible, though, that I was mistaken and that although it was a corporal in TykkiK, the weapon fired by him was not an AT-gun.
Top

Juha Tompuri wrote: Here the location of the finnish at weapons at the Ihantala region 3th July 1944 [...]

This is a kind of a experiment, so let me/us see where it goes...

Theres a probability, as stated i the other thread, by Pohjamo in one of his books, that a Finnish solider from JR 12 shortly after the Stug had hitted the T-34 put a rocket from his panzerfaust in the turret, but thats still very unclear...But, a question, Art, or somene else, does the 30th Guards TBr have a Major thats KIA/MIA from 30/6-1/7 1944?


PS. Yes, I will try to return and identify every of the numbers in map in question with pics and so on... DS.
You do not have the required permissions to view the files attached to this post.
Top

That tank (No.450) was most probably from the 2nd Tank Battalion of the 30 GTBr. And I'm not sure that somebody from its crew was killed at all. If I have time I will probably dig some more info in a month or two.
Top

Thanks Slava M and Art for this info.

My question about a major, as can be found in the above linked thread, is that it is said that a major was the only survivor from this tank, and that he according to Pohjamo on his way back to the lines was KIA in a firefight with some soliders from JR 12. So, maybe it is one of theese two by Slava M mentioned majors. Or, is it as Art said:


Art wrote:That tank (No.450) was most probably from the 2nd Tank Battalion of the 30 GTBr. And I'm not sure that somebody from its crew was killed at all.

...that its unclear if anyone was KIA from this tank, but that would sound a bit strange if we look at what condition it was in after the hit/hits. But whats strange too, is that in all the photos that exist, theres not a trace of any human remains in and around it, ok it exploded, but soething would be tracable, a tankers helmet, pieces of uniforms, or some parts of a body of a tanker.


Art wrote: If I have time I will probably dig some more info in a month or two.

Thanks, if you have the time, it will be interesting to see what comes up.

Art wrote:That tank (No.450) was most probably from the 2nd Tank Battalion of the 30 GTBr. And I'm not sure that somebody from its crew was killed at all.

...that its unclear if anyone was KIA from this tank, but that would sound a bit strange if we look at what condition it was in after the hit/hits.

You see, all non-officer tankers from the 2nd Tank Battalion of the 30 GTBr (7 men) killed on 30 June 1944 were buried south of the Ihantala bridge according to the losses lists submitted by the brigade staff. Which, of course, would be impossible if their bodies remained on the Finnish side. The document is not necessarily 100% correct but it still provides some ground for doubt.
In regard to this tank, the after-action report of the brigade says the following:

2 Tank Battalion....by 10.30 30.6.44 reached the bridge/4799-g/ with three tanks and rushed to Ihantala. Having no infantry support and meeting strong enemy fire, the platoon after loosing one tank was forced to return behind the bridge and assume an ambush position.

That is close in several essential points to the Finnish account. The last doesn't provide an exact time unfortunately, at least I didn't see it in the thread with discussion of the photo.
Top

What shoud we learn about this?
- Official war diaries are not very exact,
- "Primary sources" can not be taken as absolute truth in Scientificial history research using source-critics method,
- Most of the "450's" crew musta have been killed, but perhaps recorded as MIA.