Discussions on the role played by and situation of women in the Third Reich not covered in the other sections. Hosted by Vikki.
2480 posts

Hi Carlos
in this entire sequence I can see a lot of Wehrmacht Heer enlisted men including some medical personnel, I see one Helferin, one or two Luftwaffe, I see Wehrmacht Heer type camouflage uniform and field kit but I dont see a single indicator of any SS, either Waffen-SS or Sicherheitspolizei. Near the end of the clip some personnel wear an arm shield similar to the "POA" of Russian Liberation Army (ROA) volunteers. I suspect that the references to the SS might have been added some time later in the US to explain these actions against unarmed prisoners.

I do not judge what happened, it is history, I simply comment on the evidence of uniform and insignia before my eyes.
Top

Hello i know than some HG (Herman Goering) guys did wear an SS camo what if they identifed them as SS acording to camouflage ? But I don't know if this division or the members of this division were retreat here. here is photo [img][/https://th.bing.com/th/id/R.cc2a759579c ... ImgRaw&r=0]
Top

Hello all,
Since 2015 I haven’t entered in the forum so far…
Why I am doing it right now…just curiosity…is still Ignacio Osacar posting in the forum?
He was the one who started this threat…I would say “oldest” living in the net.
Best
Alberto
Top

Click on his username.
It will take you to his stats.
Greetings from the Wide Brown.
Top

What please were "HG (Herman Goering) guys", do you refer to the Fallschirm-Panzer-Division 1 „Hermann Göring“ ?

I've just spent the last four or five days reading through all the posts here in this interesting thread.

As I did not know what the word "helferin" meant, I did a quick search and chanced upon the photo below. I couldn't help but notice a similarity between our LGG and the woman on the left - the deep set eyes, straight blonde hair and high cheekbones... I know the odds are a million to one that it's her, but the picture has not been posted to this thread before, so I thought I'd put it here for comment (Source of the image in the link under the photo):

Regards,
Andy
You do not have the required permissions to view the files attached to this post.
Top

Propaganda photos of the SS, forget about any relationship to the so-called LGG.

Probably a series of photos, the former photographer not known to me so far ?

P.S. The file size of the attached photo reduced as much as possible.
The pictured SS Helferin was a common "typical" german beauty, before, and also after 1945, no question about this.

hello
there is a sequence of photos of that woman, apparently the photos are in Poland of propaganda to the women of the SS
Cheers 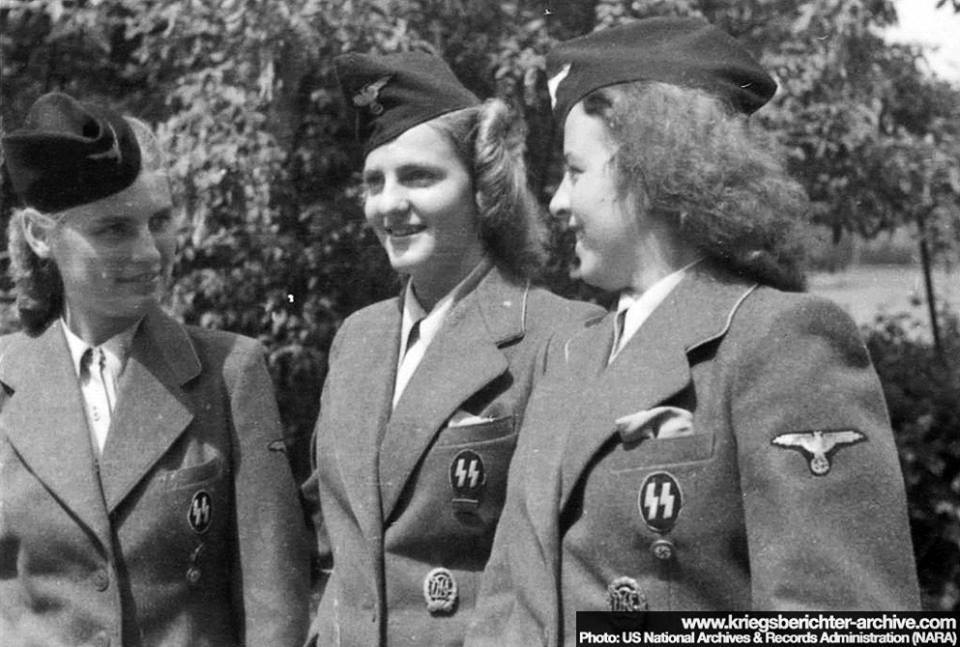 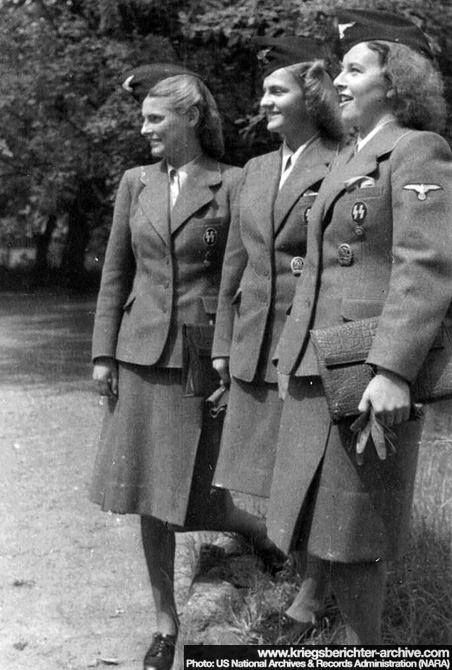 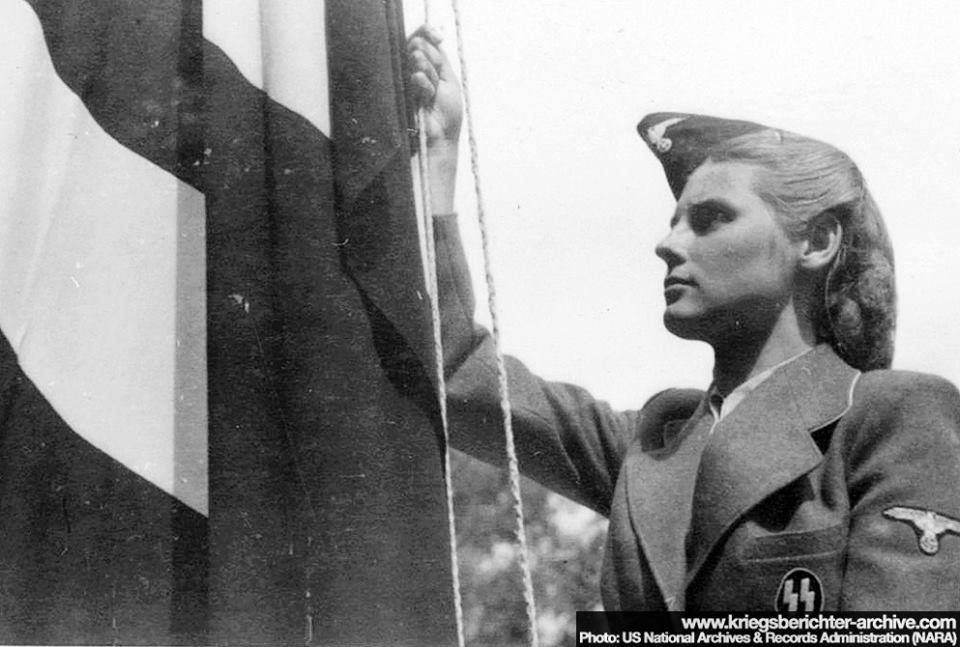 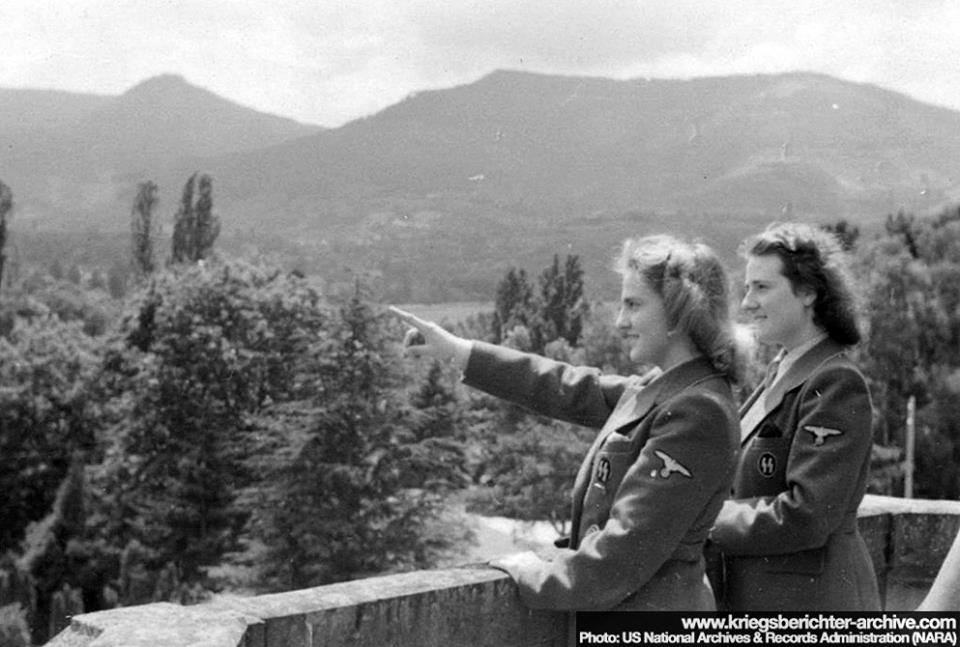 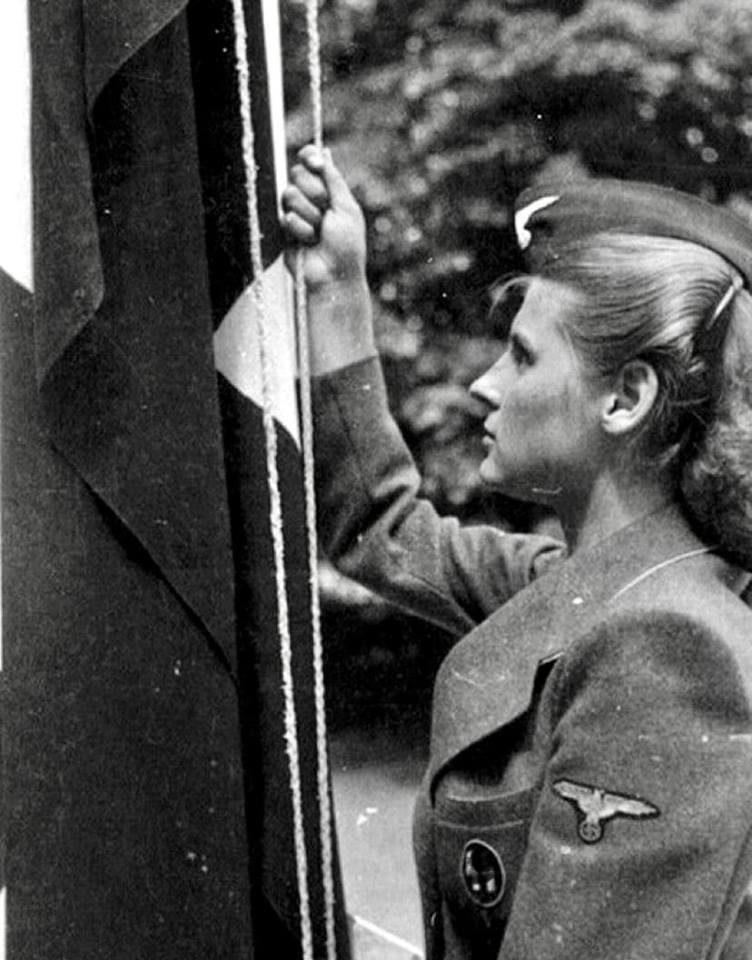 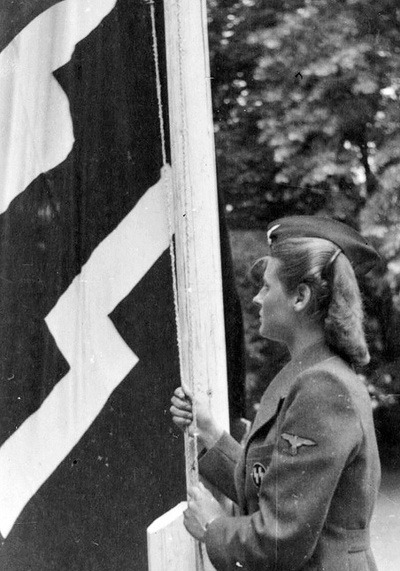 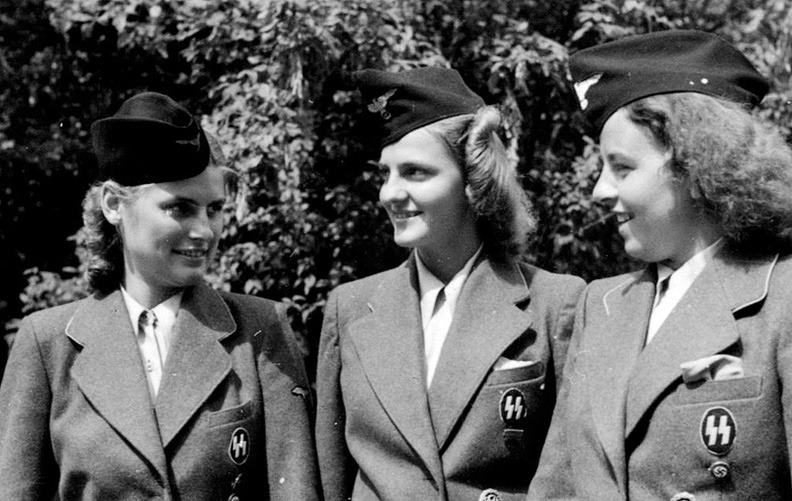 it is frightening, how topics are mismatched over and over again.

Thank you for more photos from the series.

The girl left on your last posted photo, is for sure NOT the girl in the photos above raising the flag.

hi hans,
Look at him in the hoops in his ears, they match
Top

Apologies if the info & photo in my earlier post was construed as misinformation, that certainly wasn't my intention. Thank you for educating me about the Nazi propaganda pics Hans and Carlos.

fhafha wrote:
Hi Munchausen. Thx for the details you and your relative provided...

...ur uncle said he drove from Prag to Rockycany area on the 8th (the day he met the LGG). Did he drove the main road or did he bypass main villages. These villages were hold by partisans and blockades were established (especially in Beroun and Herevice).

If he could remember any details of were he met the LGG group or when in the day, might be very important.

Thx for your help and welcome on board.

The motorcyclists - 5 motorcycles of Aufklärung-Abteilung - left South of Prague and then circulated on secondary roads by avoiding the urban areas because the attacks of the partisans but also the ROA were actually ceaseless. Next to the little city of Beraun (?) Sudeten Germans and where people gave to them something to eat and drink.

My great-uncle also remembers that one of his buddies was hurt in a place named Tesken (?) near a side street where there were dozens of "very damaged" corpses of Hungarian soldiers fallen in ambush. They occupied briefly a hill close to Oseck (?) rather high, which offered a good point of view on the sector of Rokycany and where " there were old ruins " then they finally decided to take the main road leading towards Pilsen...


From what I've read in this thread, the details above of Arthur's great uncle's story were not much further discussed or investigated. It would seem, assuming the story is true, that the place of the riders injury might have been Těškov and the hill with the outlook may have been where the ruins of the Summer Palace are in Osek, directly to the north of Rokycany. These ruins can be viewed on Google Streetview and from this vantage-point, an expansive 360° view of the entire surrounding countryside can be had. Travelling through these towns would be consistent with keeping off the main roads. Ruins of the Summer Palace in the image below.

Münchausen wrote: ↑
23 Aug 2015 16:39
...It is there, before meeting American soldiers of the 16th Armoured Division that they noticed that small groups of German and Hungarian soldiers tried to join the demarcation line and walked in the same direction as them: all were surprised seeing them still well equipped and armed, possessing some gasoline and wrapped in white sheets!

The motorcyclists stopped twice: the first time to take care of their wounded companion who could not any more bear to stay on his motorcycle because his leg made him suffer.

The second time they were stopped by the LGG in the middle of the road. With her were, as I have already written, several "SS-Oberabschnitt Böhmen-Mähren" survivors of the "Kampfgruppe Wallenstein". « She was very attractive, very agitated, nervous and brave but terrified at the same time ". Several of the soldiers who wear civilian clothes had been also beaten, "certainly in Rokycany", but by civilians, not by partisans "otherwise they would have been killed ».

« Reaction of the Czech civilians was understandable: they had so suffered from the occupation of their country"... For my great-uncle, the place filmed by Haglund seems the same as the one where they stopped, but it happened 70 years ago and the lanscape is rather monotonous... The girl and her mates absolutely wanted to surrender – they said "surrender" - to the Americans, that is why may relative and his comrades advised them to wait for the passage of the column Weidinger. But, as the men were half-wearing civil clothes the risk existed for the « Das Reich » soldiers to refuse embedding them - SS-Böhmen were Allgemeine-SS and Waffen-SS - and specially enlisted Alsatians - didn't usually like Allgemeine very much....

I'd like giving you more ample details, but the encounter with the LGG lasted in most 10 minutes: it is easy to understand that the road was not secured yet by the US and that the motorcyclists were nervous and had orders which were of « not to stop before having established the planned-contact with the Americans ». On this point, the orders specified " to get in touch with the 16th Armoured Division at the exit of ROKYCANY and not " in ROKYCANY ", but in reality, it was necessary for them to go a little further before seeing Jeeps waiting on the roadside. You already know what happened after that.

You shall excuse my poor English!

Cheers,
Andy
You do not have the required permissions to view the files attached to this post.
Top

What please were "HG (Herman Goering) guys", do you refer to the Fallschirm-Panzer-Division 1 „Hermann Göring“ ?

curiosities 2
until mid-2020 these photos were put up for sale on the EBAY site, supposedly by the family of the young woman who resembled LGG, a pity that the name of that young woman was not published but the only data is the photos are located in close to Prague 1945 which coincides with the data from the book "Zur Problematik von Soldatinnen.." by Jutta Rüdiger 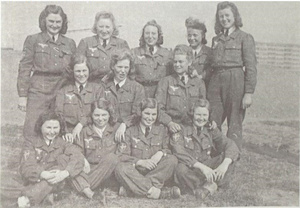 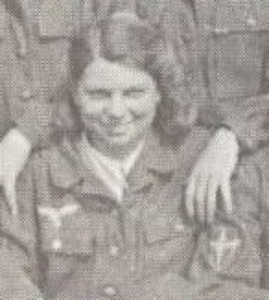 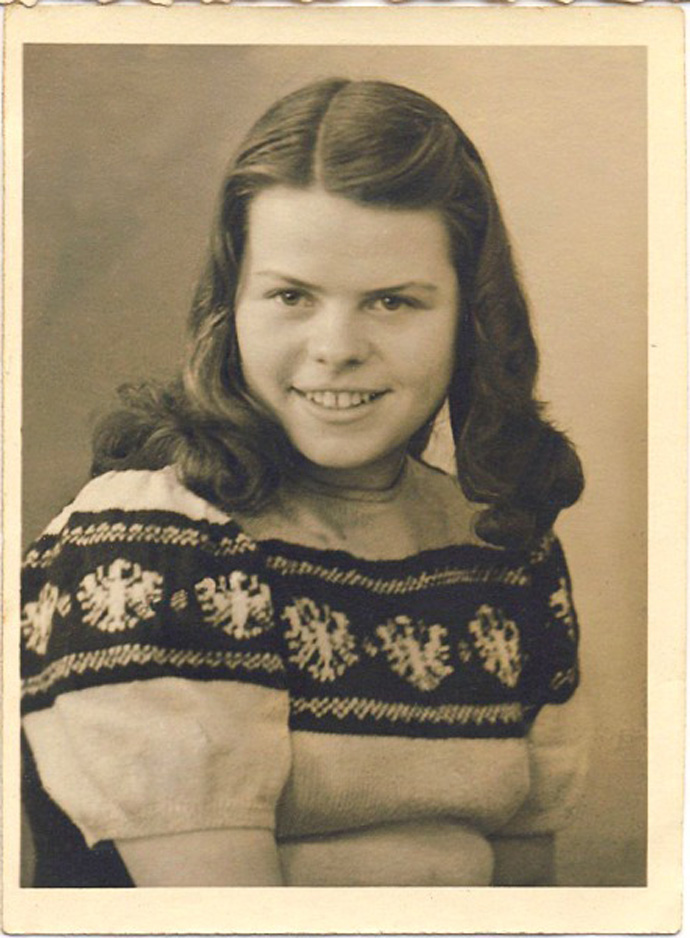 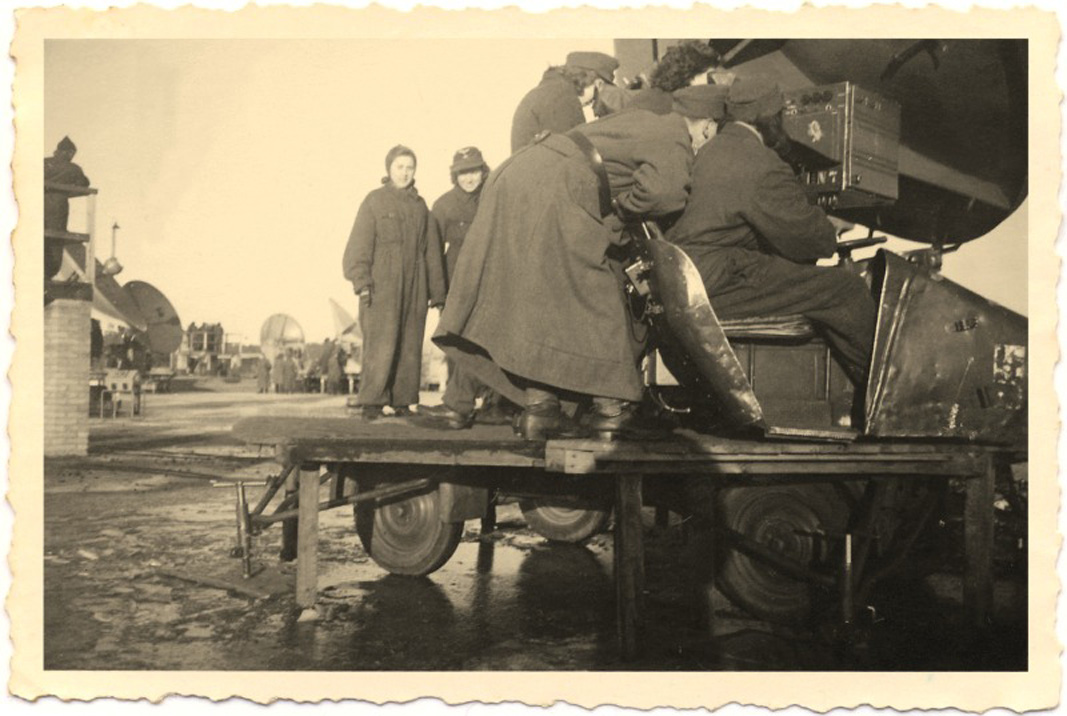 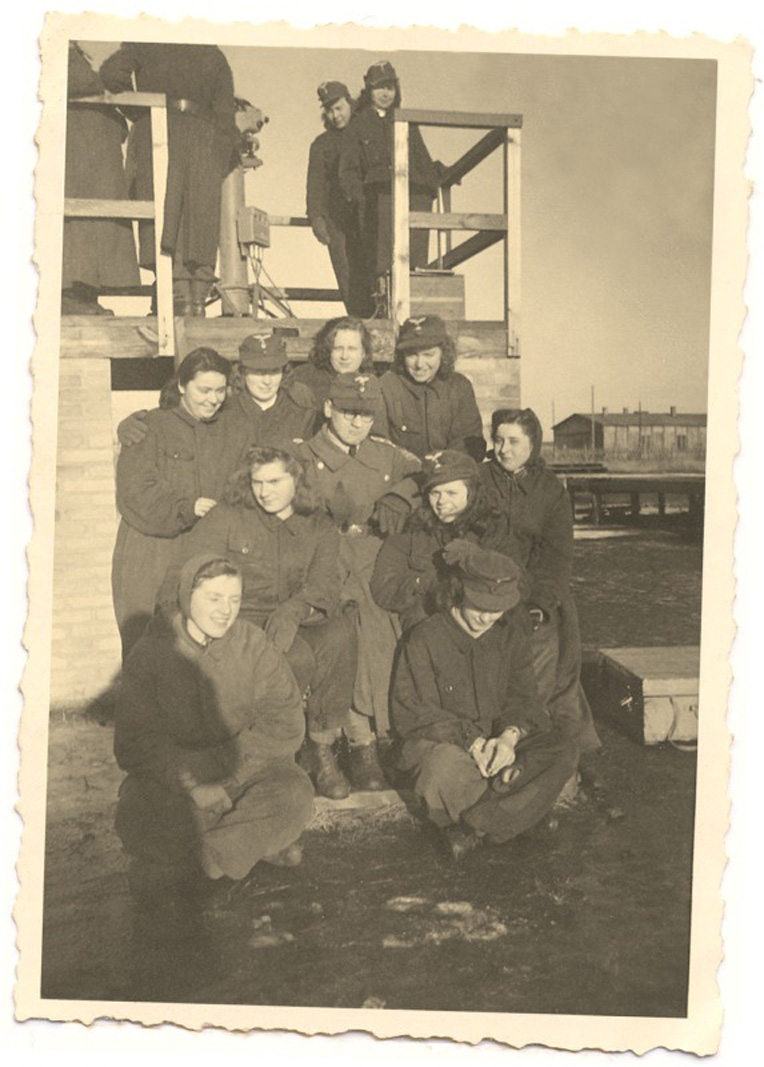 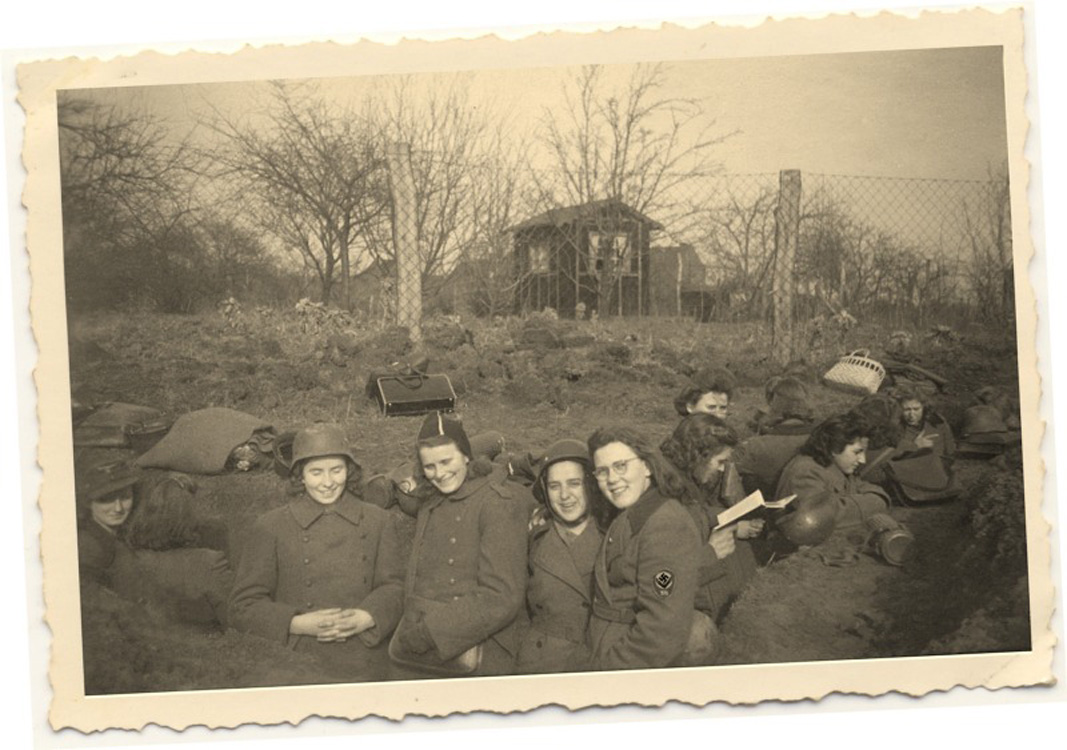 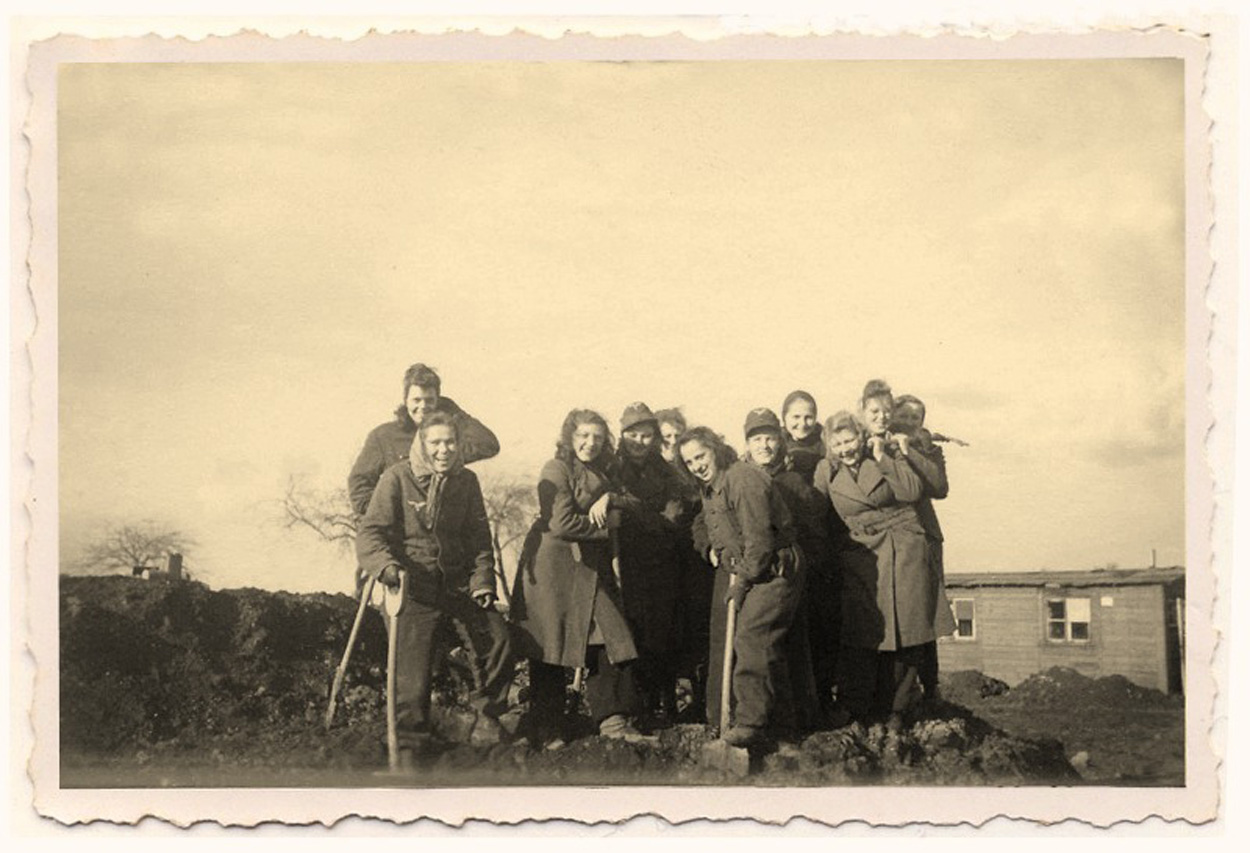 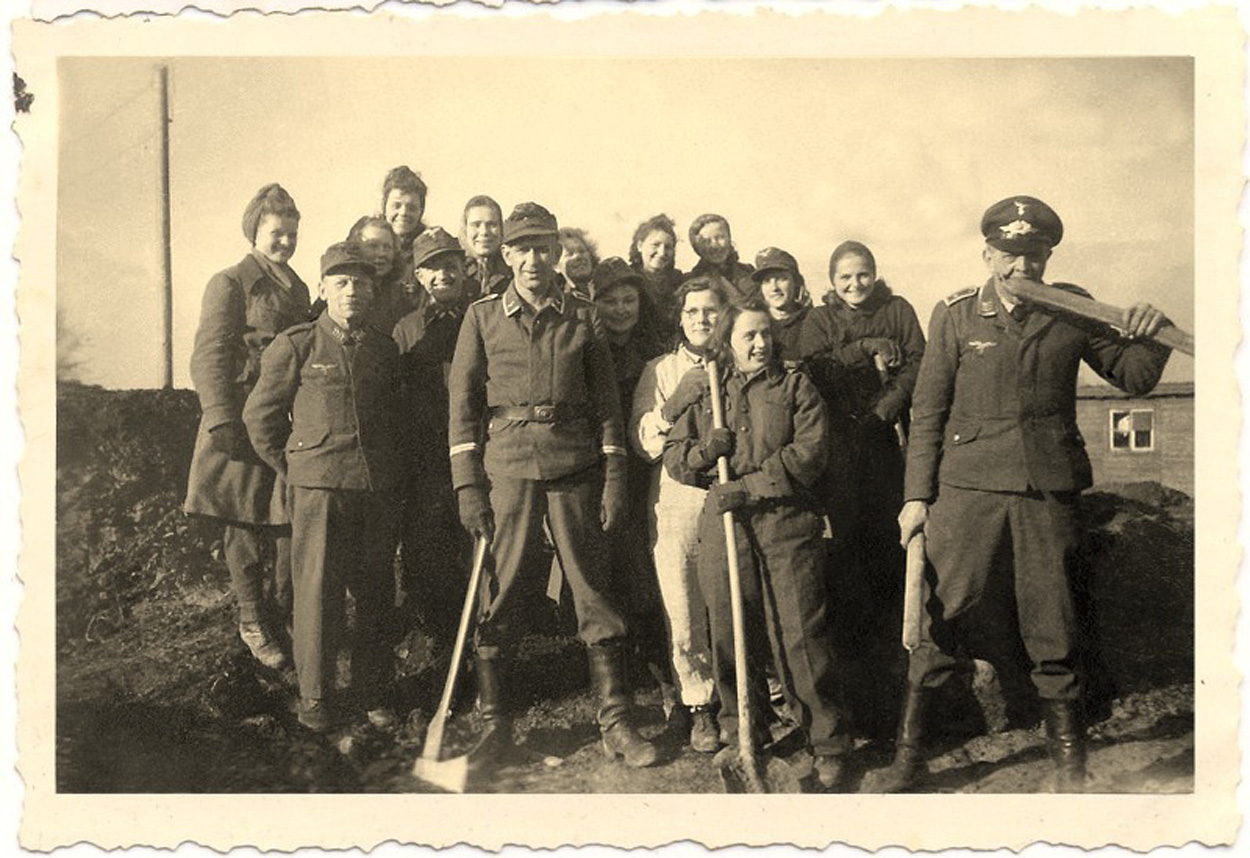 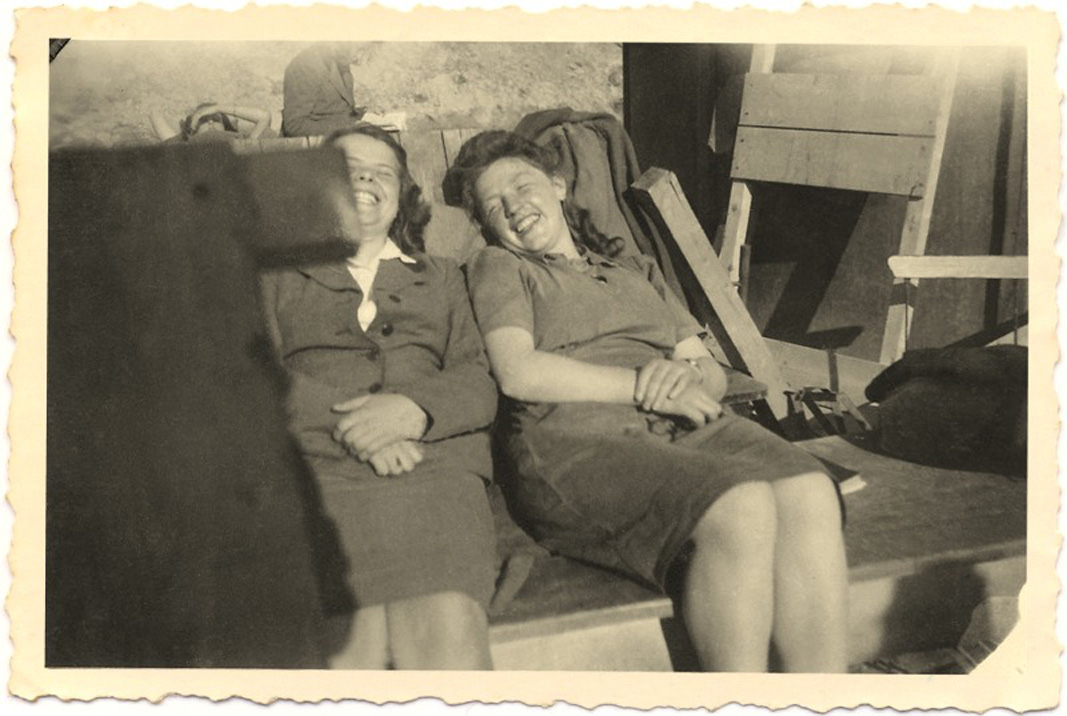 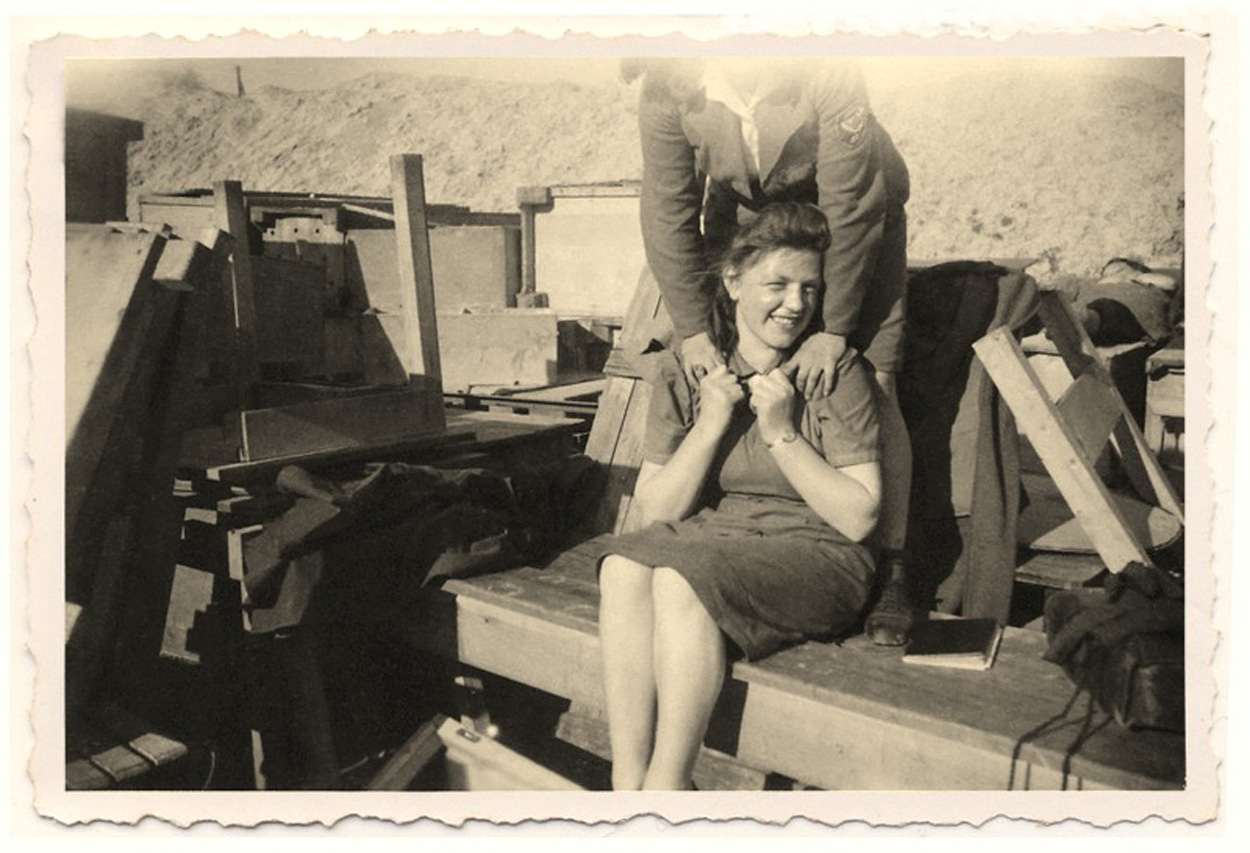 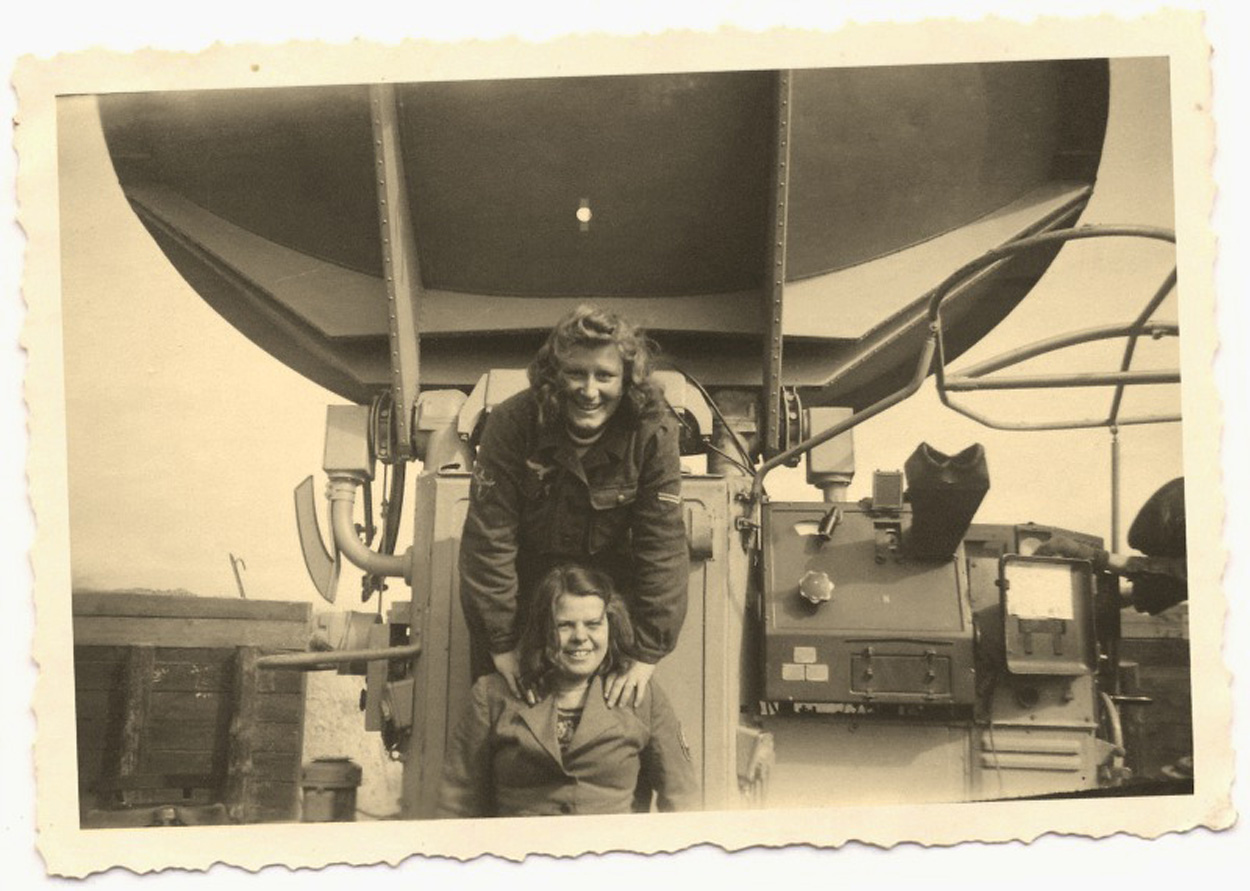 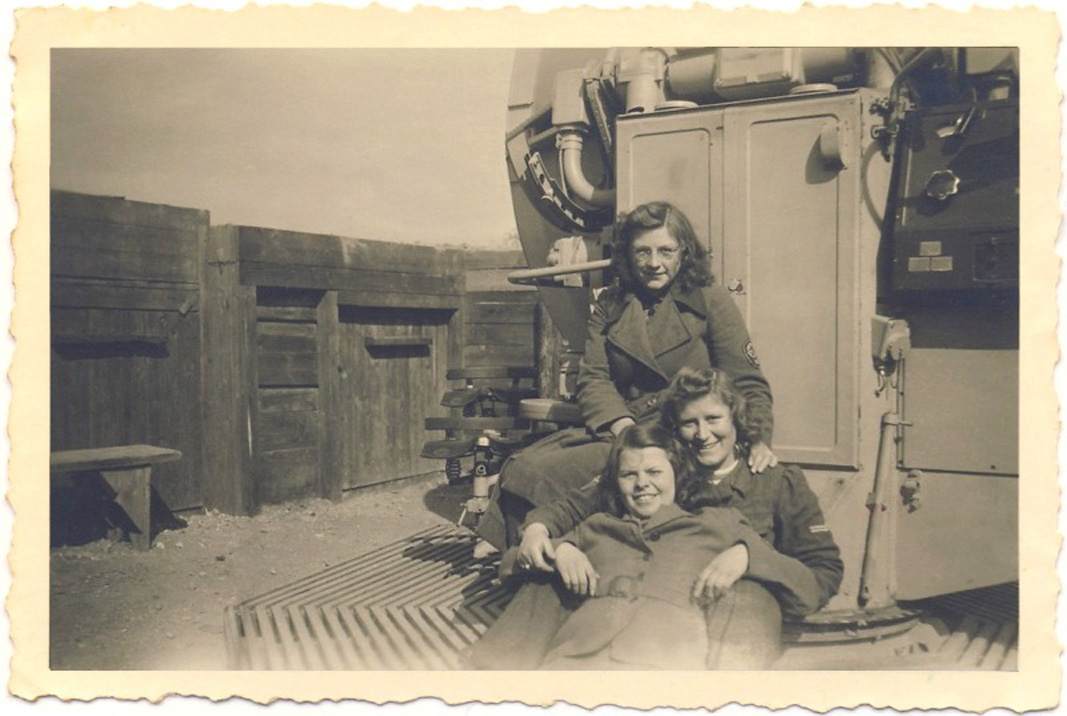 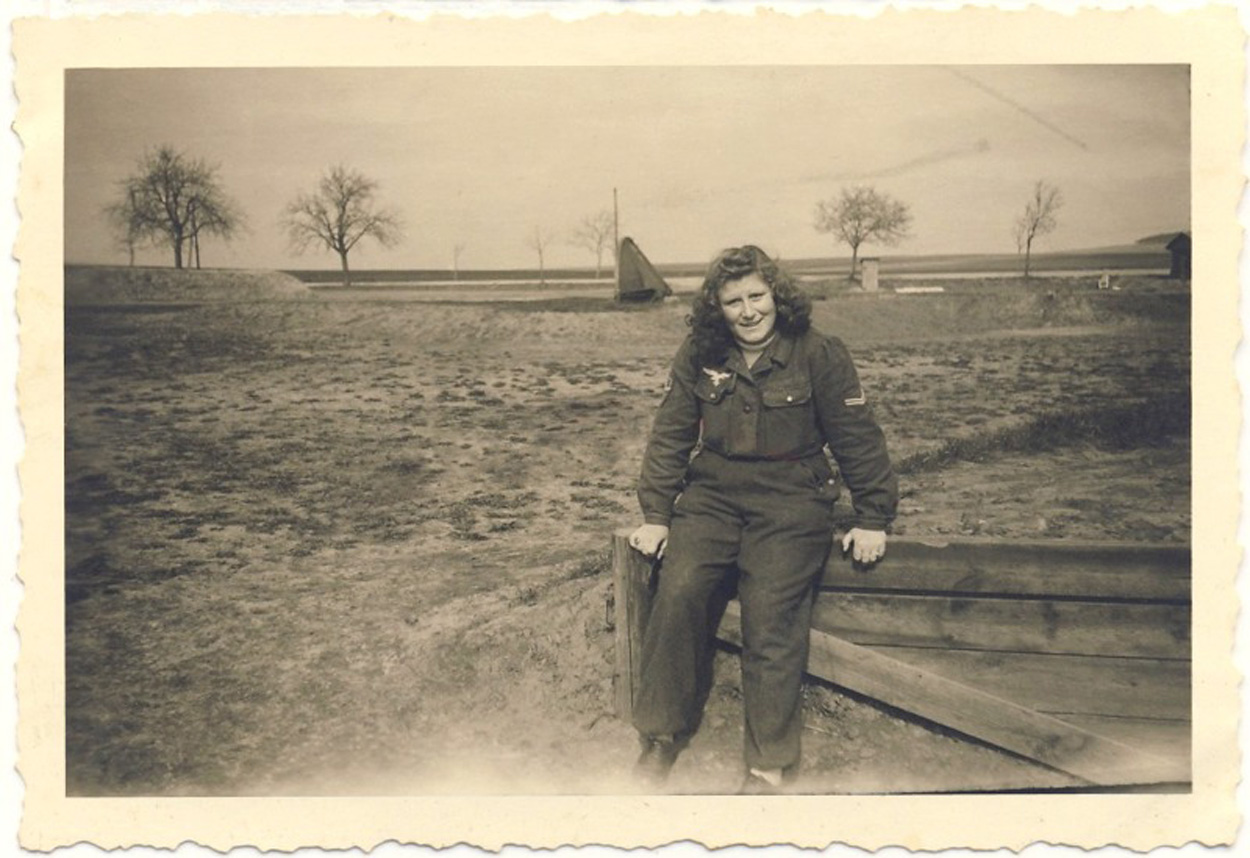 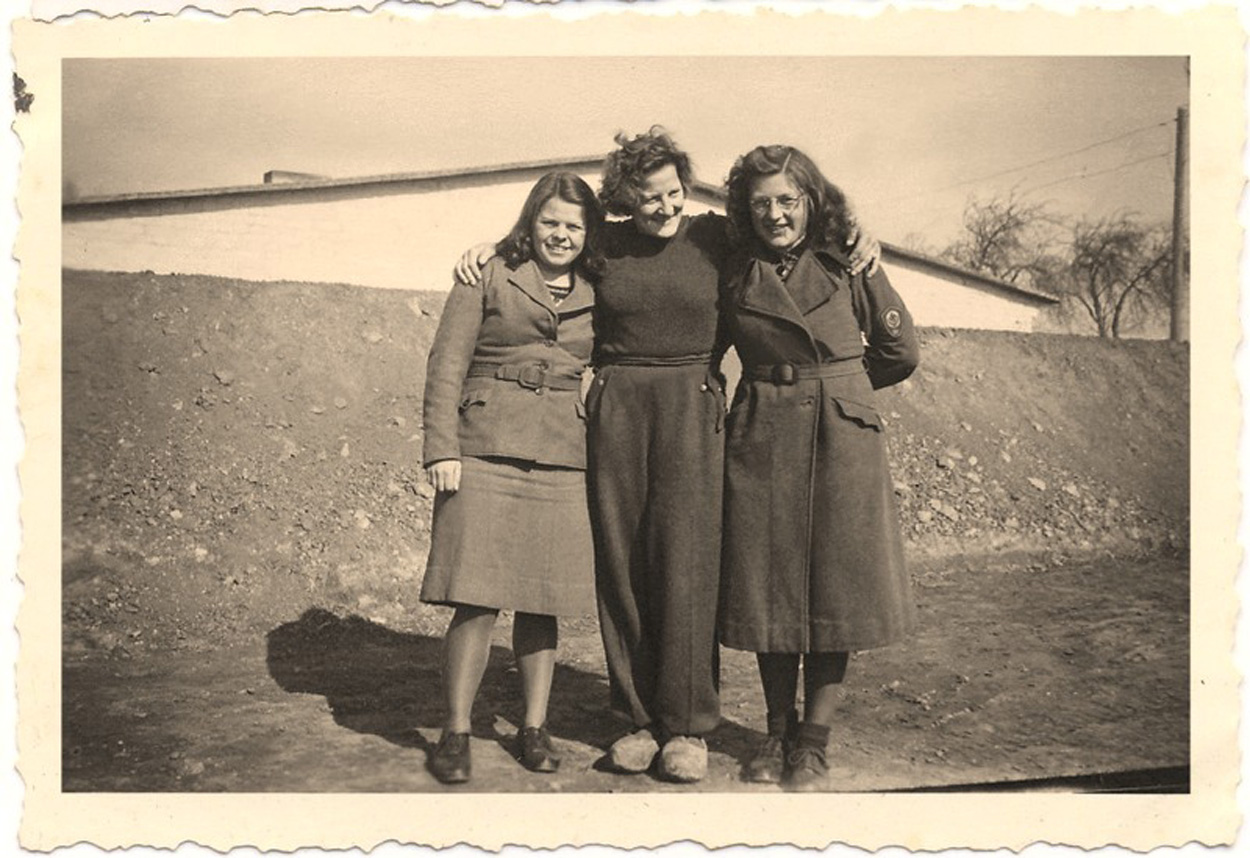 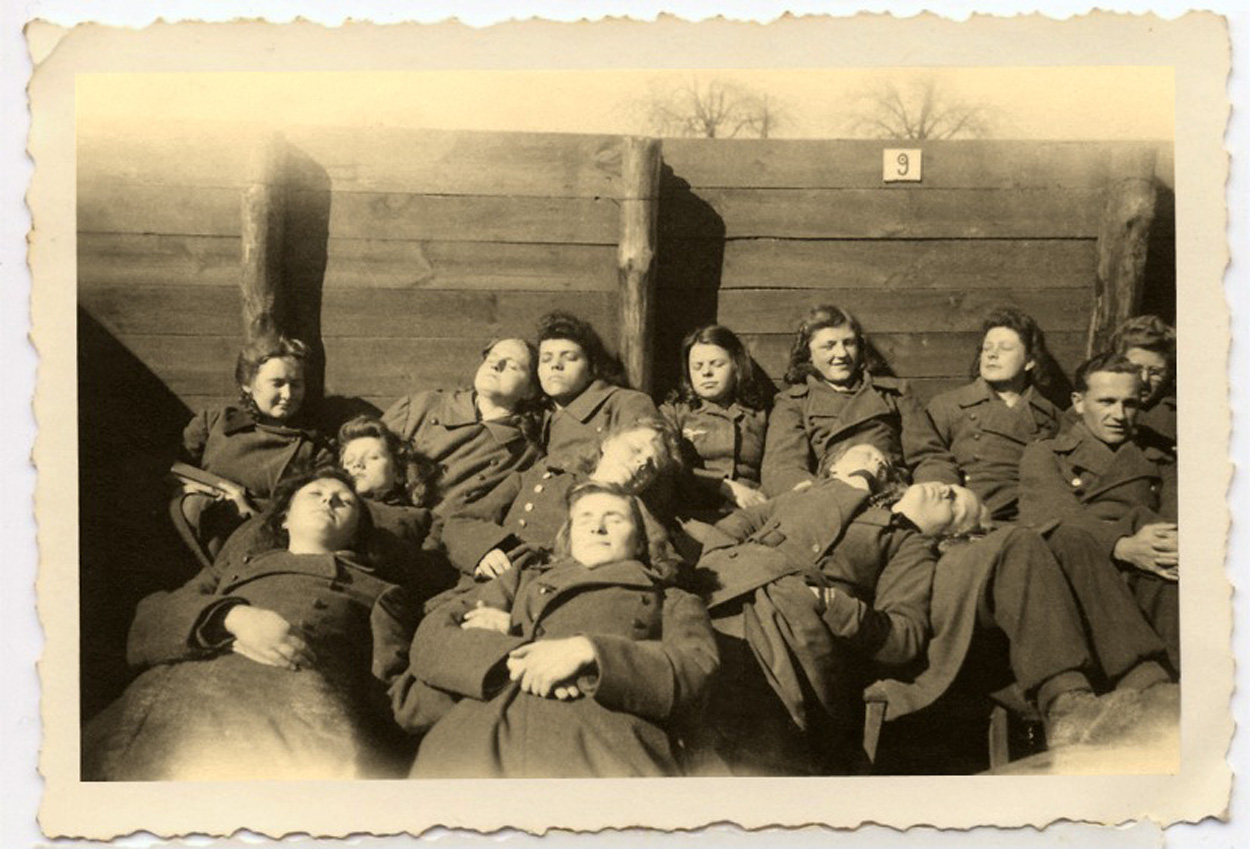 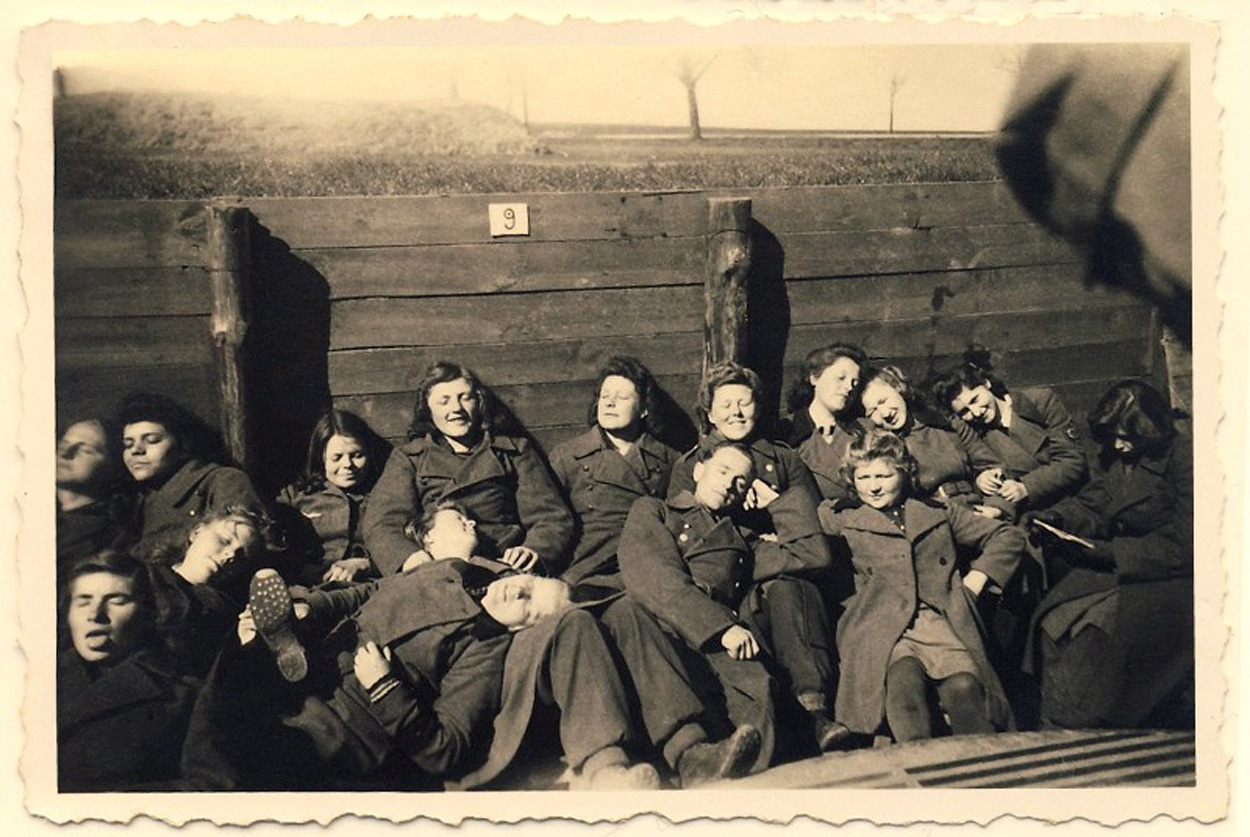 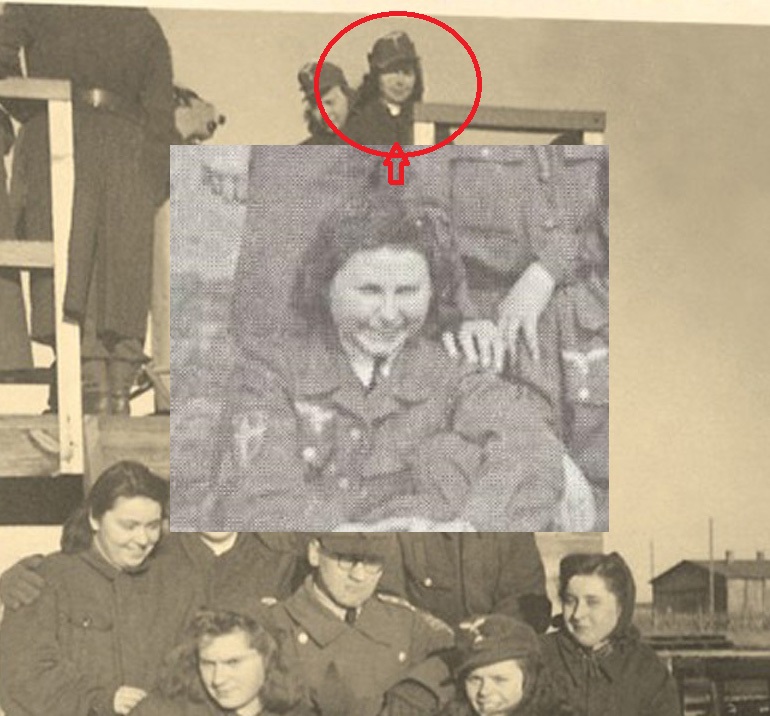 thanks for more photos, the girls, probably former RADwJ members, served at a former "Richtungshörer".

I am sorry for no further help.