Discussions on the role played by and situation of women in the Third Reich not covered in the other sections. Hosted by Vikki.
121 posts

Holz wrote:Does anybody know what the color of the issue overcoats were for Heer Helferin? It may be the same coat for all Helferinen. Just curious if anybody had a color picture of the overcoat or even perhaps have one.

They were Steingrau, as were the uniforms and caps. Witness the title given to them by the French: Les souris grises.

To me, the color is dead gray compared to feldgrau, though others tell me even steingrau has a hint of green in it. 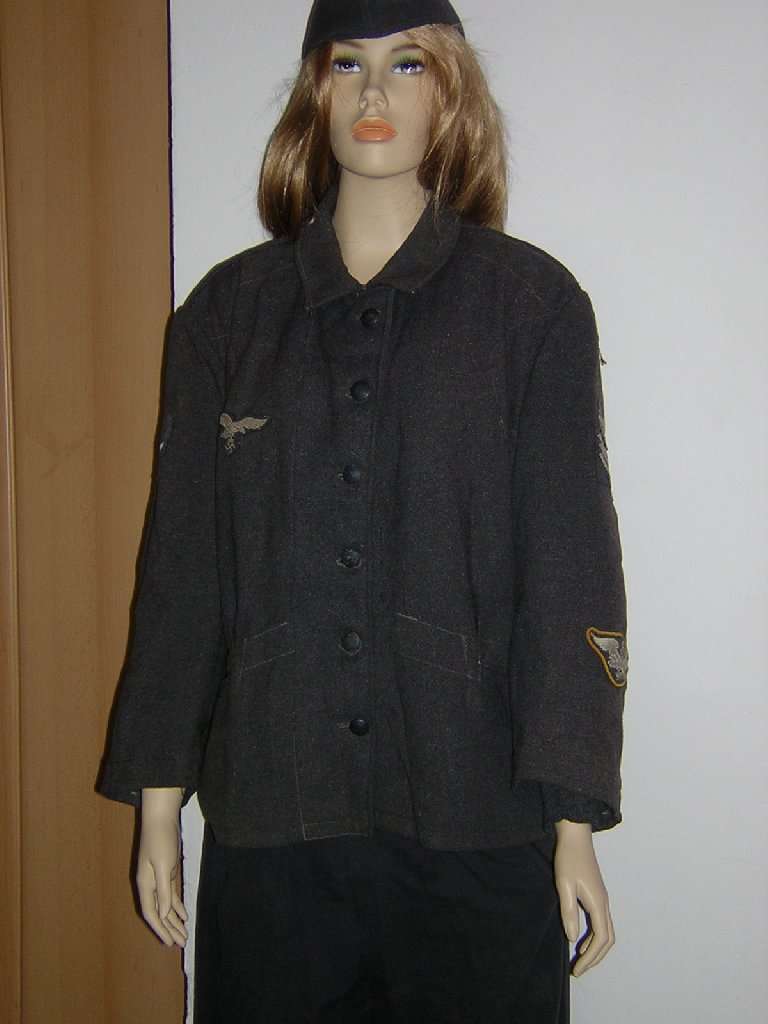 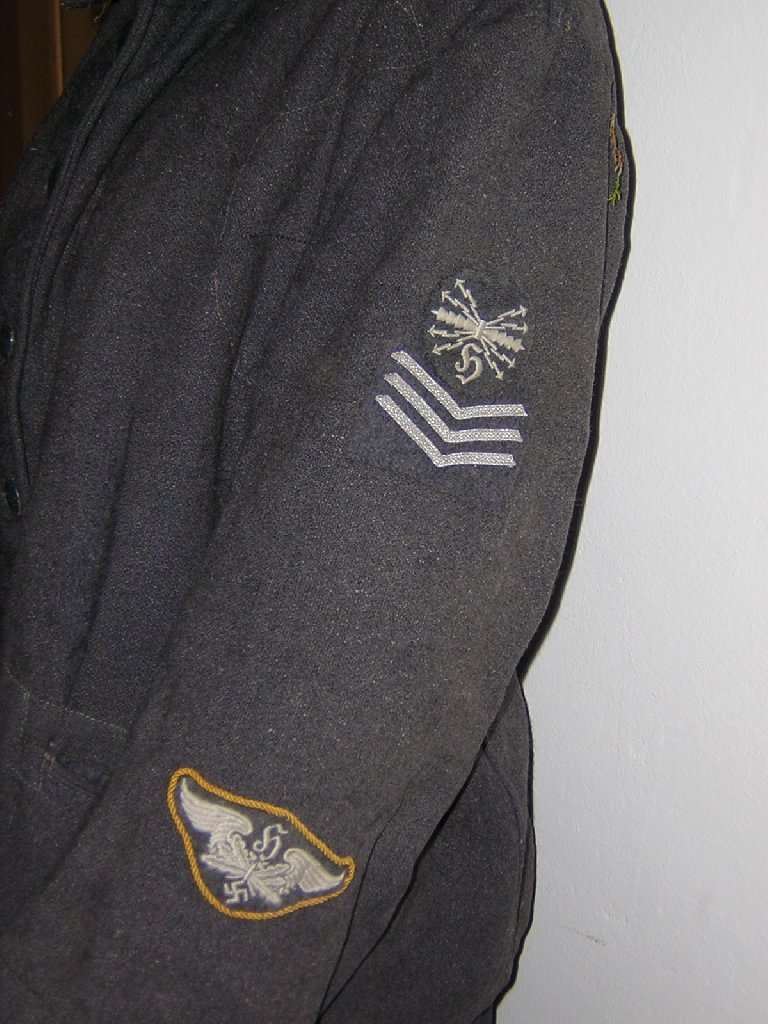 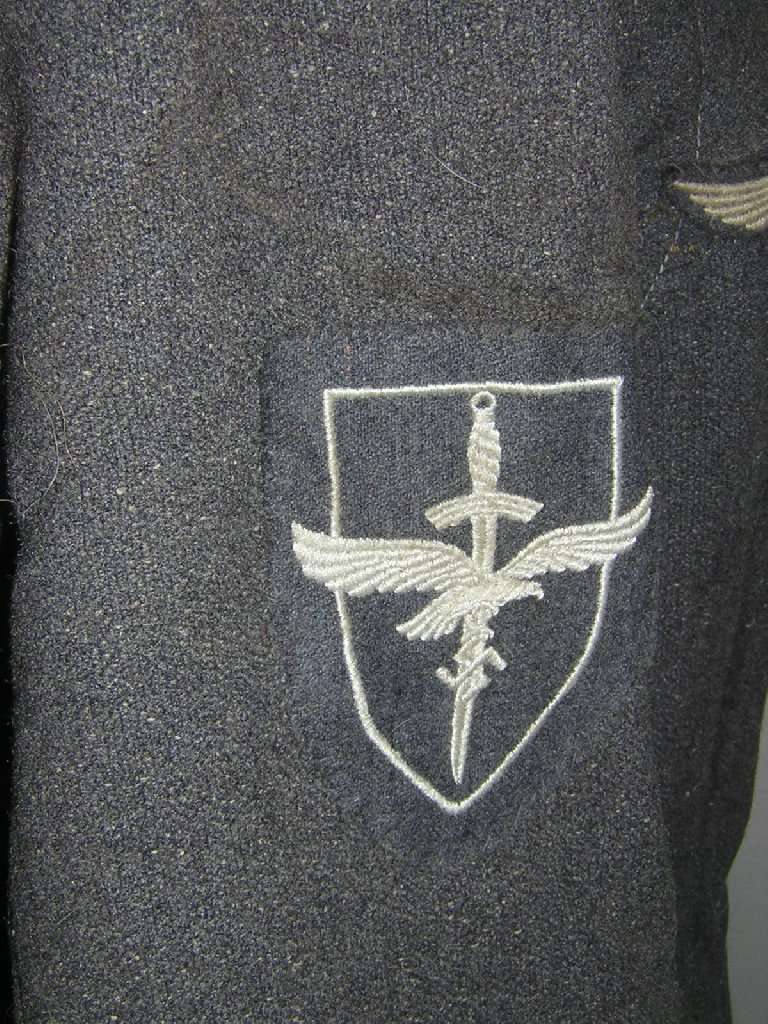 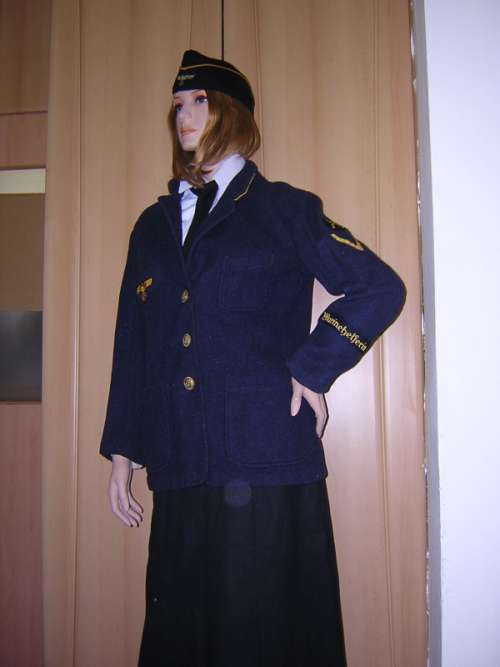 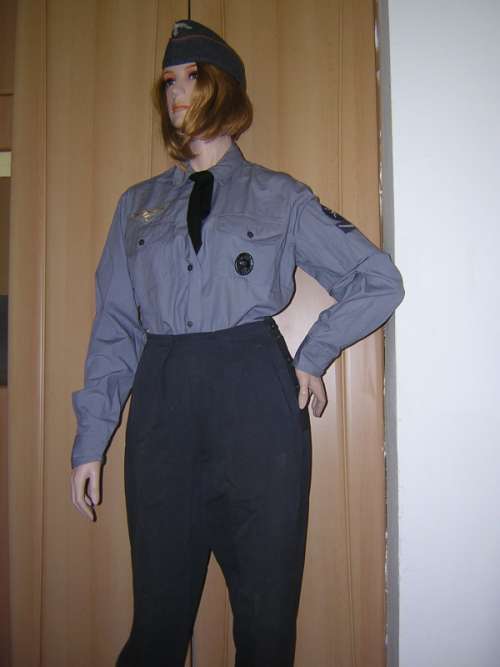 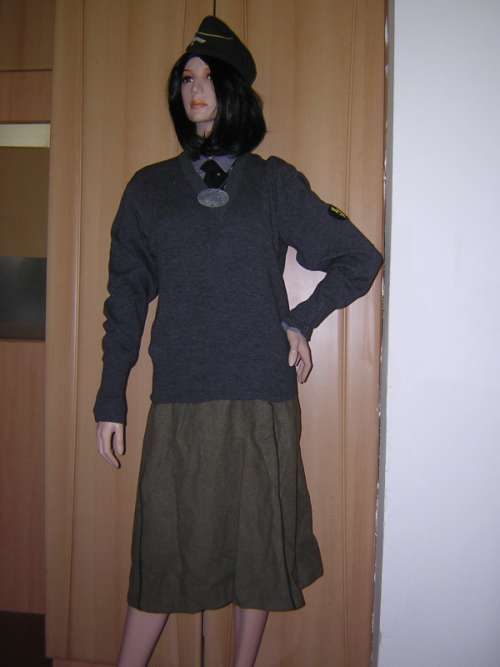 this food sheet came with a letter a signals auxiliary sent back to her family in Germany. An item not as posh as all that broochs and uniform parts but interesting nonetheless because it gives a glimpse at the helfs' everyday life. Nachrichtenunterführerin (NUF) Inge Schmidt was stationed in Riga, Latvia at the time serving in the 6th platoon of
Nachrichtenhelferinnen-Einsatzabteilung 202. I've attached a transcript and a translation of the sheet too. I was not always sure about the correct translation so if in doubt look at the transcript.

Surprising that the food plan does contain almost no fresh fruit though it's autumn. Schmidt herself complains about this in her letter. The only thing she received in all the month was 125 grams of Preisselbeeren (a kind of cranberries) but nothing like apples or pears which should have been available in Latvia at the time.

Towards the end the sheet gets a bit confusing. I think the dishes of Wednesday and Thursday are to be exchanged but even then: pasta with coleslaw? Perhaps an early attempt at nouvelle cuisine before it was really invented

after the auxiliary in the last post had to live from pasta with coleslaw here's one that met a better fate. Staff auxiliary Lisa Hunger (very appropriate name

) has the good honour to be invited to the New Year's brunch of the commandant of Kreiskommandantur 636, Major von Wehner. The menue: roast hare and red wine.
Neufchateau is a small town in SE Belgium surrounded by the Ardennes mountains. A quiet backwater and excellent place to spend the rest of the war as it seemed.
The reference to "Jägersche[] Frühstücksstube" (Jäger's breakfast lounge) is most likely ironic. It appears really unlikely that someone by the German name of Jäger would have opened such an enterprise in rural Belgium in late 1943. Presumably it's the nickname of a room in the local headquarters building where someone called Jäger used to have his breakfast regularly.

some other death cards.

got hold of another travel permit. This one is from spring 1945 and made out to Nachrichtenoberführerin Countess von Rödern. She was from OKW's cypher department and travelled to Hof, a town on the border between Saxony and Bavaria to ensure further signal communications.

thanks to Vikki recognizing the potential of a hazy blurred something in an Ebay auction scan you are now to see
a nice example of a Wehrmachtsgefolge brooch in wear. Not a Helferin item in the truest sense of the word but a genuine female Wehrmacht item no doubt.

The two women depicted below were (according to the backsides of the photo set in question) stationed in Stavanger, Norway in 1943. The one on the left is in all likelihood wearing the pin for civilian Wehrmacht employees on her lapel. The woman on the right displays on her tie what is known to collectors as the female version of the Wehrmachtsgefolge insignium.

*) Gefolgschaft is classical Third Reich newspeak. The boss of a company or factory became the Betriebsführer (company leader) while the employees warped into the Gefolgschaft (literally: followers).

Persons belonging to category a) received the pin the left woman is wearing. That pin in itself existed in two different versions, one with a silvery surface and another one with a brunished surface depending on what raw materials were available. The top picture below seems to be the silvery variant while the Stavanger woman further down uses the brunished one.

Category b) was split up further. For persons wearing a uniform of said organisations that was deemed sufficient to document their participation in the German war effort. (Of course they had to have the necessary paperwork at hand when being questioned.)

Just for those parts of category b) that could not or did not receive a uniform the Wehrmachtsgefolge insignium was introduced. Reasons for this could be that simply no uniform existed (when did OT introduce female uniforms?) or that is was uneconomical. (Patzwall (1988, p.13) shows the case of a man conscripted into the Wehrmachtsgefolge for just five weeks to do slide shows in Truppenbetreuung (troops entertainment).)

At least that's how I deduct the legal situation from the regulations quoted by Patzwall (1988). There seems to be considerable controversy between the bigwhigs of Wehrmacht insignia regarding this item as Patzwall (1988, p.6) scolds other capacities in field like Klietmann or Schlicht & Angolia for misrepresenting the relevant regulations. Photo property of Matt Gibbs, published at http://forum.axishistory.com/viewtopic. ... &start=135
You do not have the required permissions to view the files attached to this post.
Top

You've done a remarkable job in cleaning up the photo, Torsten! The insignium on the right is one that I've rarely seen photos of in wear by women.

Thanks also for the research and clarification on the use of the two pins. I know Matt Gibbs will be as interested in that explanation as I am. Of special interest to me is this information:

That's what I've also read and heard from dealers, but it's good to get confirmation from another source.

You're adding such a great amount to our knowledge of the women of the period, Torsten. Thanks for all your research, and for sharing it here!

another tragic case. Notice in a Hanover newspaper announcing the death of staff auxiliary Anneliese Hache.

The location, Belgrade-Topeidorf, looks strange because the ending -dorf is German meaning 'village'. Most likely it's a misspelt version of 'Topčider' which is a posh Belgrade borough. On 17 April 1944 Belgrade suffered a severe attack by the US Airforce that was even worse than the 1941 raid by the Luftwaffe according to Serbian sources. More than 1500 persons were killed in that 1944 raid alone.

today I'd like to show you another type of badge worn by some groups of civilian Wehrmacht employees early in the war. It's the quite stylish badge that was used by civilian elements of the Militärverwaltung (military administrations) of serveral countries in Western Europe shortly after the occupation.

Depending on the military government the inscriptions varied:

while the other elements remained identical.

Zivilabzeichen 1.jpg
Zivilabzeichen 2.jpg
The woman depicted is Ilse Schmidt. She worked for the Kriegsmarine propaganda department in Paris and Bordeaux from November 1940 till June 1941 before moving on to Belgrade. The photos are from spring 1941 (Schmidt, 2002).

References:
Ilse Schmidt
Die Mitläuferin. Erinnerungen einer Wehrmachtsangehörigen.
Aufbau Taschenbuch Verlag; Berlin; 2002
You do not have the required permissions to view the files attached to this post.
Last edited by Heimatschuss on 26 Feb 2010 03:31, edited 2 times in total.
Top

Here's one from the Military Administration of Belgium just posted on the Wehrmacht Awards Forum (http://www.wehrmacht-awards.com/forums/ ... ?p=3857319)
Zivilabzeichen 3a.jpg
Zivilabzeichen 3b.jpg
plus another photo sold on Ebay Germany last year:

Really a shame I didn't understand what the insignium was at the time and let that opportunity pass. Congratulations to whoever bought the lot with her!

The road signs clearly visible are rather generic and could be found in any major town in Western Europe under German administration. There's one partially obscured by the lady which seems to be '...l. Verwaltungs. Bez. B'. That could very well be Militär-Verwaltungs-Bezirk B which would mean it's somewhere in Southern France.

here's a quite unique birthday card to a signals auxiliary which was stationed in St. Germain near Paris. As the text of the water colours says at the same time also a voucher for a bunch of flowers she's going to receive. All her colleagues marching in to congratulate her, headed by Col. Berndt the commanding officer of her bureau.

Nice, Torsten! You should post it in the Helferinnen in Paris thread as well.

A post with a photo of Heer Nachrichtenhelferinnen by MrPeanut05 was moved to the Female Auxiliaries Photos thread at http://forum.axishistory.com/viewtopic. ... 0#p1502420

here's another Helferin item (sort of) that I've recently acquired. It's a 1943 pulp novel of 32 pages about a young woman from Brandenburg who joins the Heer-Nachrichtenhelferinnen (Army signals auxiliaries) and gets stationed in Dijon (France). The story doesn't offer much drama but when you read it carefully you notice it's a subliminal attempt to recruit young women for the Wehrmacht.

Nachrichtenhelferin booklet - Cover.jpg
Best regards
Torsten
You do not have the required permissions to view the files attached to this post.
Top
121 posts