Valdostani units of the Italian Army

Discussions on all aspects of Italy under Fascism from the March on Rome to the end of the war.
1 post • Page 1 of 1

Valdostani units of the Italian Army

I wonder if there were units specifically or largely recruited among the 83 000 inhabitants of the Val d'Aoste?
I assume that the conscripts were merged with their Piemontese and peninsular compatriots such as in the Alpini but for wartime Reservists/Territorial I think we can have such units as from the MVSN
XII° Battaglione Mobilitato
CCXII° Battaglione Territoriale

in relation with Valle d'Aosta military History
VALLE D’AOSTA MILITARE ESERCITO, CULTURA E SOCIETÀ IN UNA REGIONE DI FRONTIERA 1848-1940
Alessandro Celi
https://core.ac.uk/download/pdf/158819472.pdf
including a short War Diary by a Valdostano Alpino at War against France in june 1940
Zeffirino Petit 4° Reggimento Alpini, Battaglione Aosta, 43° Compagnia, Plotone Arditi
June 20
We still don't know what will have to happen, we still hope that France, seeing the futility of the fight, will come to the negotiations
(...)
June 21 1st day of war
Their presence gives us courage to think of the precious help that the unbeatable Italian aviation can provide.
Before reaching the top of Valesan, we see them aiming boldly at enemy land, depicting a cirque with artificial clouds. Each of us thinks what it can mean. A few minutes pass, I look at my watch, it is precisely 8 o'clock when our artillery begins to fire on Fort Traverset.
We all rejoice to think that it would make the French more reasonable
(...)
The French have seen us and seeing the futility of the struggle they are trying to add more casualties to those who fell in northern France to serve Churchill's cause.
(...)
if the occasion arises by launching the motto of Aosta to show the French what the Alpini of Italy and especially the Aosta Battalion are.
(...)
June 24
tonight I can't sleep a bit because of the cold because I'm all wet, including the blankets and the floor. A little because France is struggling in tragic and irrevocable agony.

The document is interesting precisely because it certainly constitutes a testimony on the war less considered than those of the two great authors and, above all, in obvious contradiction with them. In fact, Rigoni's dry style introduces the comparison between man and nature, while Malaparte weaves it from description of wartime events to personal reflections and anxieties, with obvious decadent echoes, but both express the rejection of fascist war. On the contrary, Zeffirino Petit, with his prose steeped in propaganda concepts, limits himself to describing actions and sensations, without adding picturesque or psychological details, and, thanks to this, offers a direct testimony to the mentality prevalent among young people from the Aosta Valley at the start of the Second World War. The effects of regime-imposed education and the hammering of propaganda following the outbreak of war in Europe in 1939 are evident in the pages of the diary, probably written after the events,

in June 1940, the Italians did not want war and, on the contrary, they showed above all an anti-German attitude, but the results of the blitzkrieg against France had developed a fleeting interventionist enthusiasm, in the conviction that war would be over in a short time and that Italy would not have faced the sorrow and difficulties of the Great War. Likewise, Petit reveals an unqualified confidence in the Italian military potential and in the fatality of the victory of the Axis troops, which leads him to hope that the French capitulation will be without a fight, only to then make stunned comments in the face of to the resistance of the French

The Diary of Petit therefore presents itself as an important testimony to understanding the mentality prevalent in part of the Aosta Valley soldiers at the time of the declaration of war, a mentality certainly different from that described in the works of Malaparte and Rigoni Stern and, together, for detect the fusion between the figure of the Alpine and that of the Aosta Valley proposed by the propaganda of the time.

the perspective of the writings of Malaparte and Rigoni Stern. The first devotes the bitter and controversial pages of Il sole è cieco to the Aosta Valley and the Aosta Valley soldiers, in which he describes the war events of June 1940, highlighting, from the preface, the protests of the Alpine troops who deployed in Morgex, when the loudspeakers broadcast the announcement of Mussolini's entry into the war on June 10. Although the veracity of the episode is doubted by some commentators and contradicted by other sources, relating to the attitude of the Aosta Valley soldiers during the offensive against France, it is not possible to deny an analogy with this Rigoni Stern recounts the first night of the war in his Quota Albania, when the news of the declaration plunges for the first time into a pensive silence the Alpini camped "between Aymavilles and Villeneuve" and then raises "a buzz which was confused with the sound of the river"
Aosta.PNG 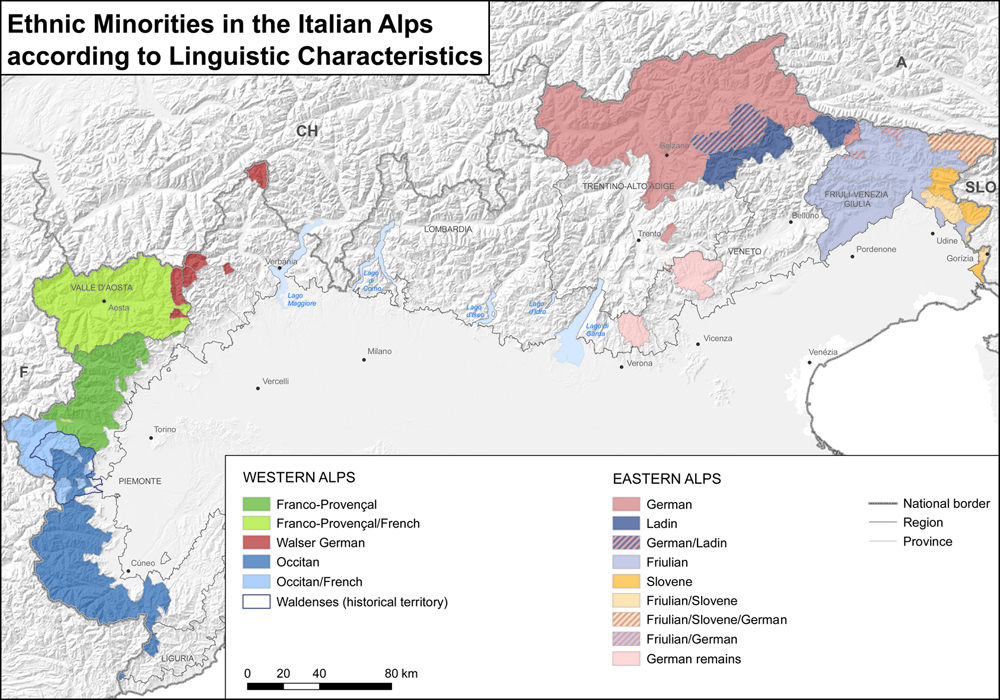 Regards
Loïc
You do not have the required permissions to view the files attached to this post.
Top
1 post • Page 1 of 1