Discussions on all aspects of the Japanese Empire, from the capture of Taiwan until the end of the Second World War.
1934 posts

This picture was taken in 1941. It is the 7th Tank regiment with the left Type 94 being from the 3rd Company and the right from the newly formed 4th Company. This information is from Taki's blog.
Top

I think these are French import aircraft in Japanese use.

source; ebay.com
You do not have the required permissions to view the files attached to this post.
Top

Luftflotte2 wrote:I think these are French import aircraft in Japanese use.

I didn't realize this. Thank you.

This photo is captioned as Chinese puppet leaders.
source: ebay.com ID:361481133842
You do not have the required permissions to view the files attached to this post.
Top

Japanese tankers in the waters of Shanghai, 1937.

From the album of US Navy Sailor August Liguori. In 1936 he served on USS Relief, a Hospital Ship, then later on the USS Canopus starting in 1937.
source: ebay.com
You do not have the required permissions to view the files attached to this post.
Top

Any thoughts on this unit and its employment in the Battle of Shanghai? TIA. Cheers. Raul M

This picture reminds me so much of the movie 'Hacksaw Ridge' Which is also one of my favorites ever, I'm a big war movie lover
Top

Type 95 Light Tanks. This photo was doctored by censor. Tank guns and MGs were erased.


Type 95 Light Tanks. This photo was doctored by censor. Tank guns and MGs were erased.

I think it's tragic that the Soviets, the British, and the Americans persuaded/pressured Chiang Kaishek not to accept the Japanese peace offers. I also think it's tragic that FDR was so determined to preserve the Soviet Union instead of using WW II as a golden opportunity to destroy the worst tyranny on Earth at the time (worse even than Nazi Germany, which is saying a lot).
Mike Griffith
http://miketgriffith.com/
Top

Various pics from an ongoing archival project of mine. Cost me a small fortune, but I managed to get my hands on an album from platoon commander Korogi Akio (興呂木秋雄) of the Ryojun Major Port Weihaiwei Naval Landing Force Detachment's (旅順要港部威海衛派遣陸戦隊) 2nd Company. They were basically a SNLF raised at a major port instead of a naval district, with a similar organization as a battalion with at least two companies, some light artillery, and tankettes at one point. Korogi's album has many interesting pics of IJN ground troops cooperating with the so-called Chinese Army Security Unit (中国陸軍治安隊) around 1938-39 in Shandong. Their commander before 39 is currently unknown but I think it was LtCdr Suzuki Masaaki as at the time he was attached to Ryojun Defense Unit which provided personnel for the NLF detachment and overall Suzuki was quite familiar with ground warfare (he was later KIA as commander of the 84th Guard Unit on Guadalcanal).

Korogi and one of his men armed with a Type Su SMG (Steyr-Solothurn S1-100). The unit had a few of these SMGs. 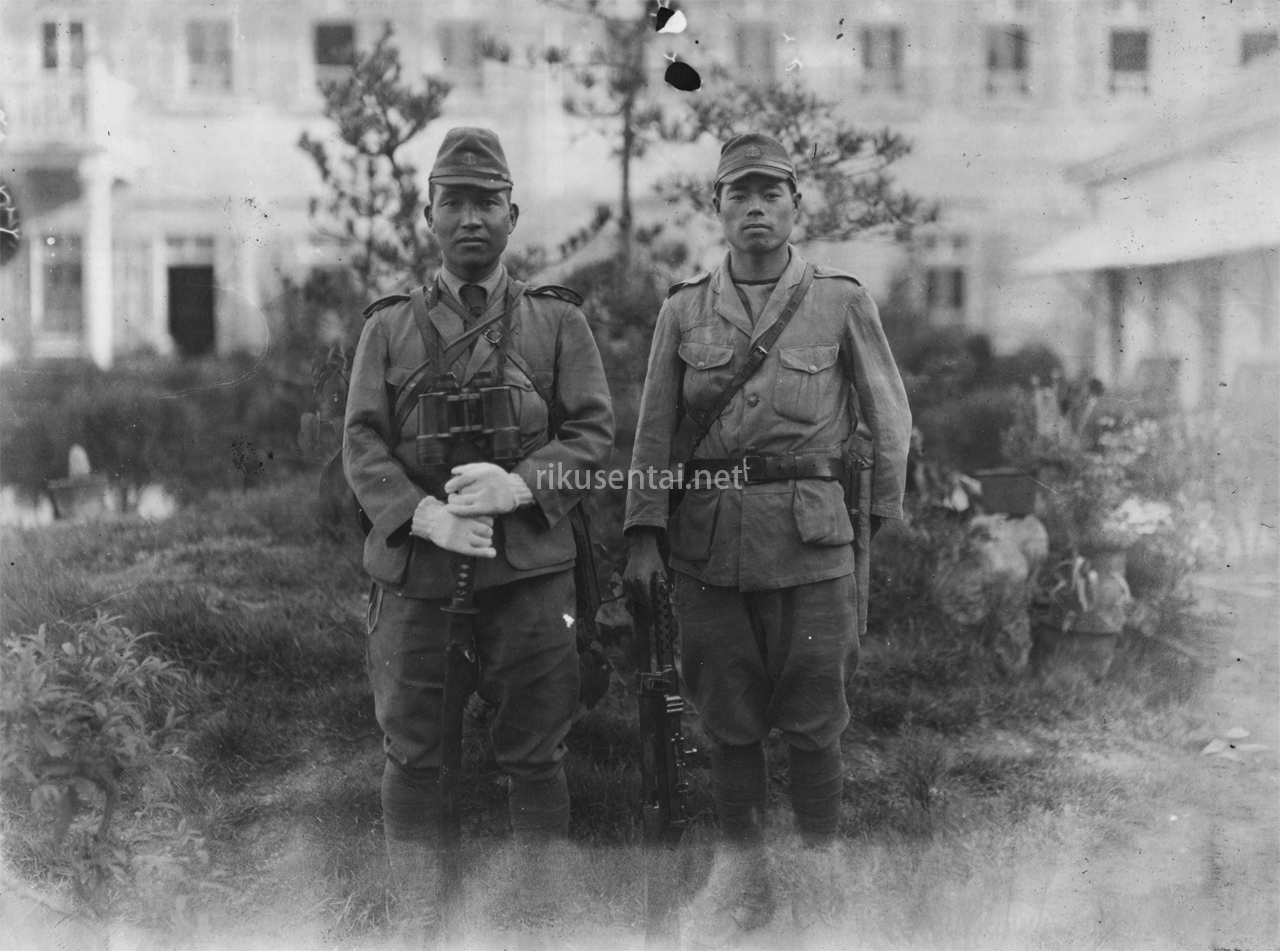 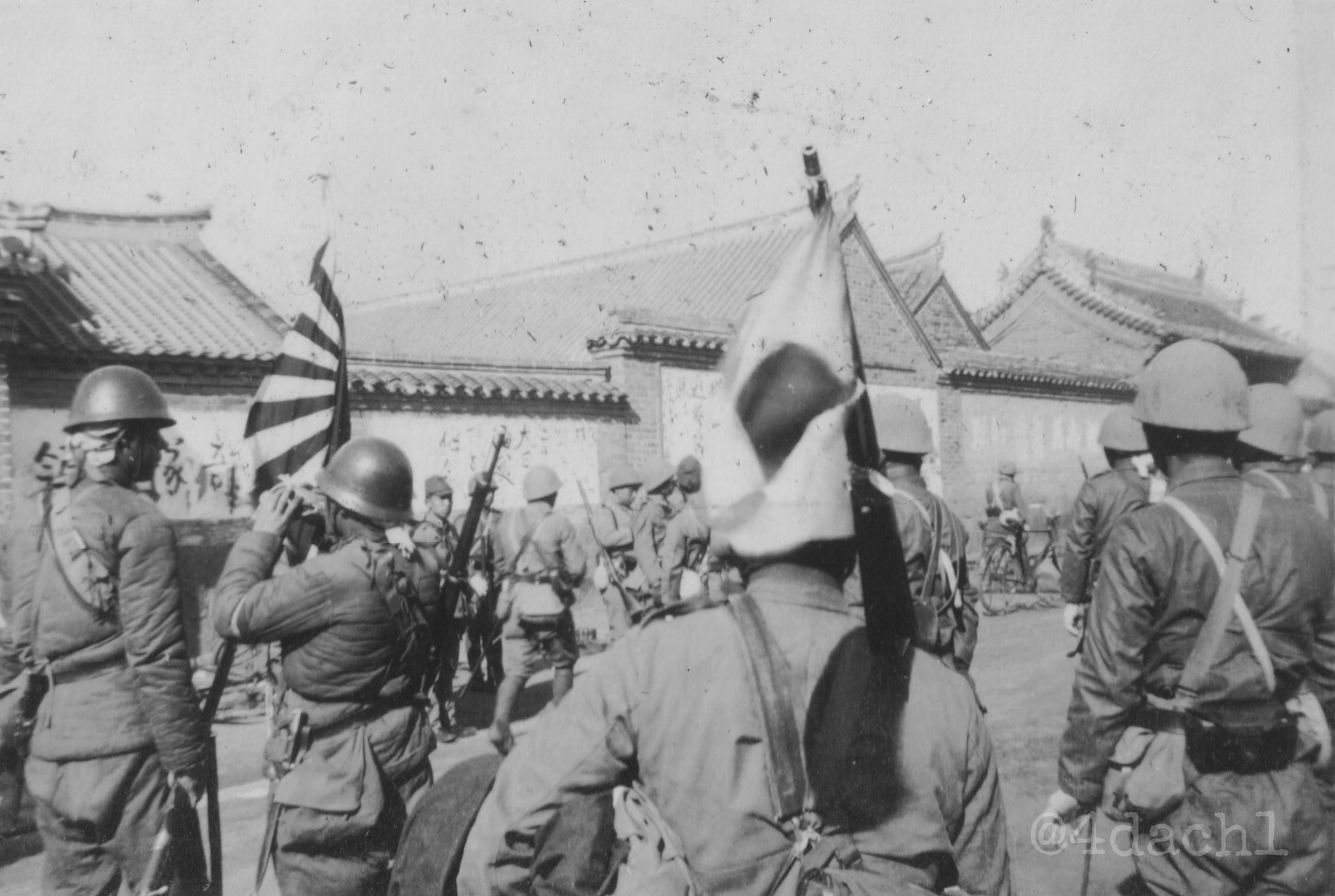 Same as above. Note another Rikusentai troop has a Steyr-Solothurn SMG. 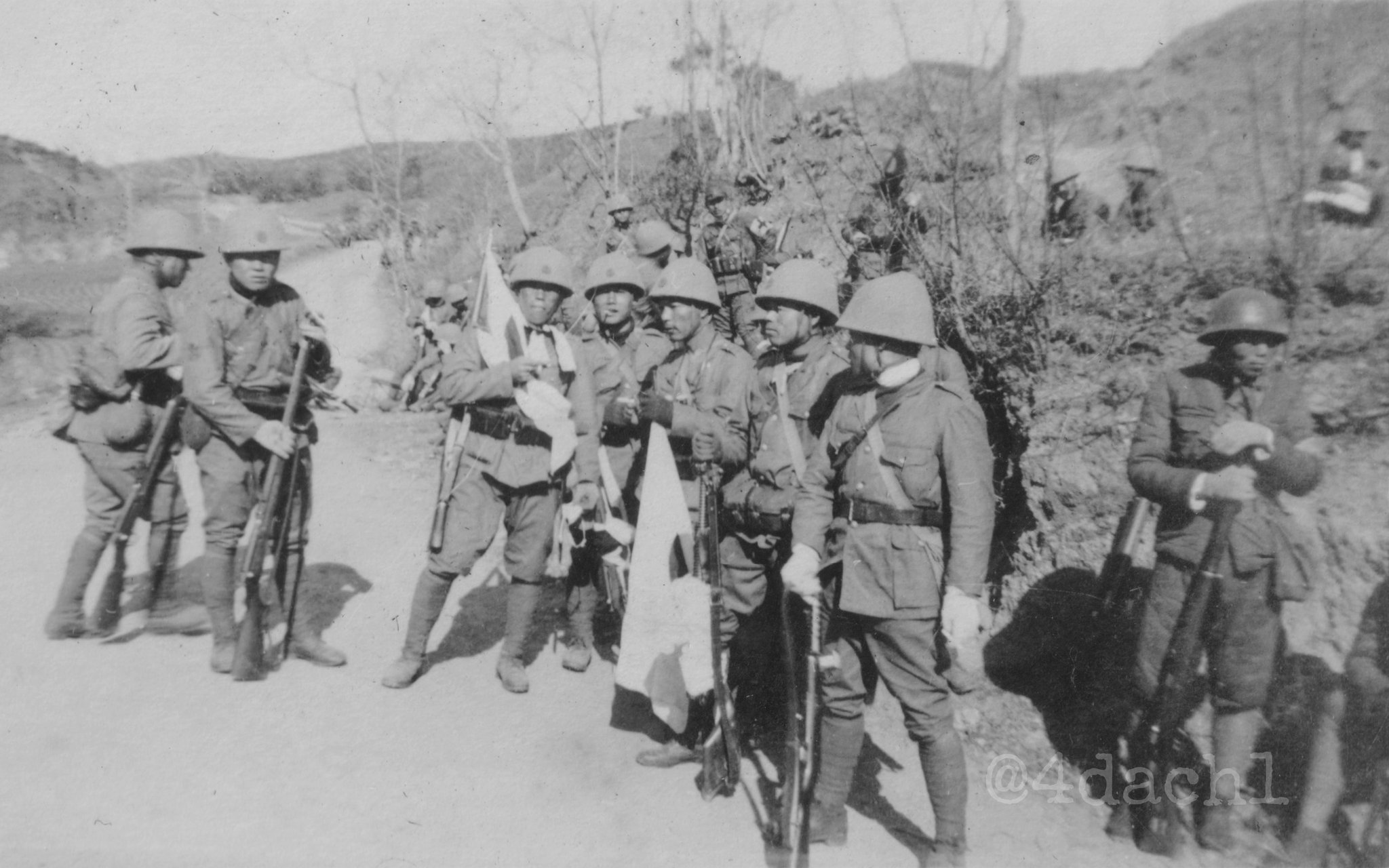 Convoy of various trucks and an MG sidecar bike. Some Japanese Twitter users with keener eyesight than me pointed out it says "SAITO UNIT" (斎藤部隊) on the side, but I can't find any officer named Saito for this unit. Perhaps the trucks are named to a Japanese Army officer commanding the so-called Chinese Army Security Unit in the area. 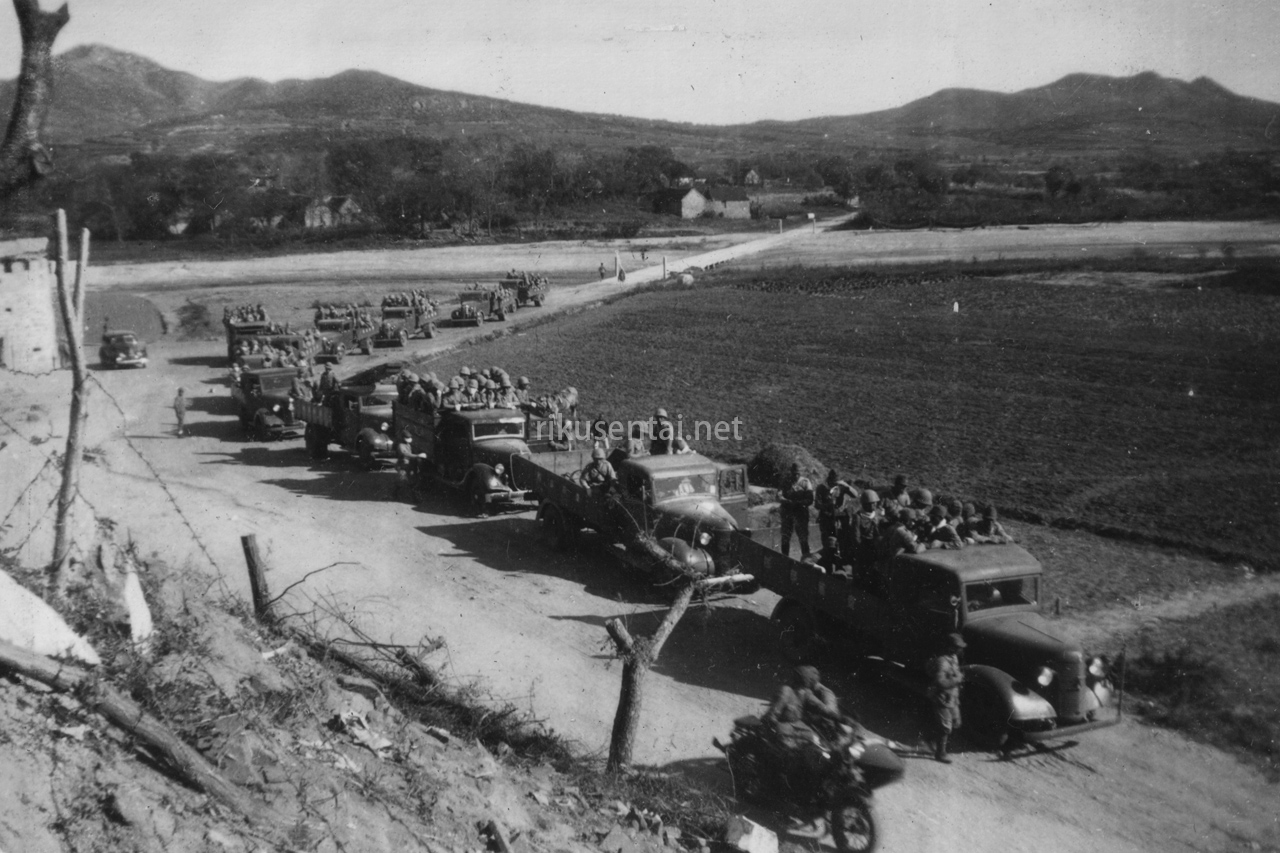 Chinese Army Security Battalion Commander (looks to be possibly Japanese) and Korogi. Note the Beiyang flag in the background. 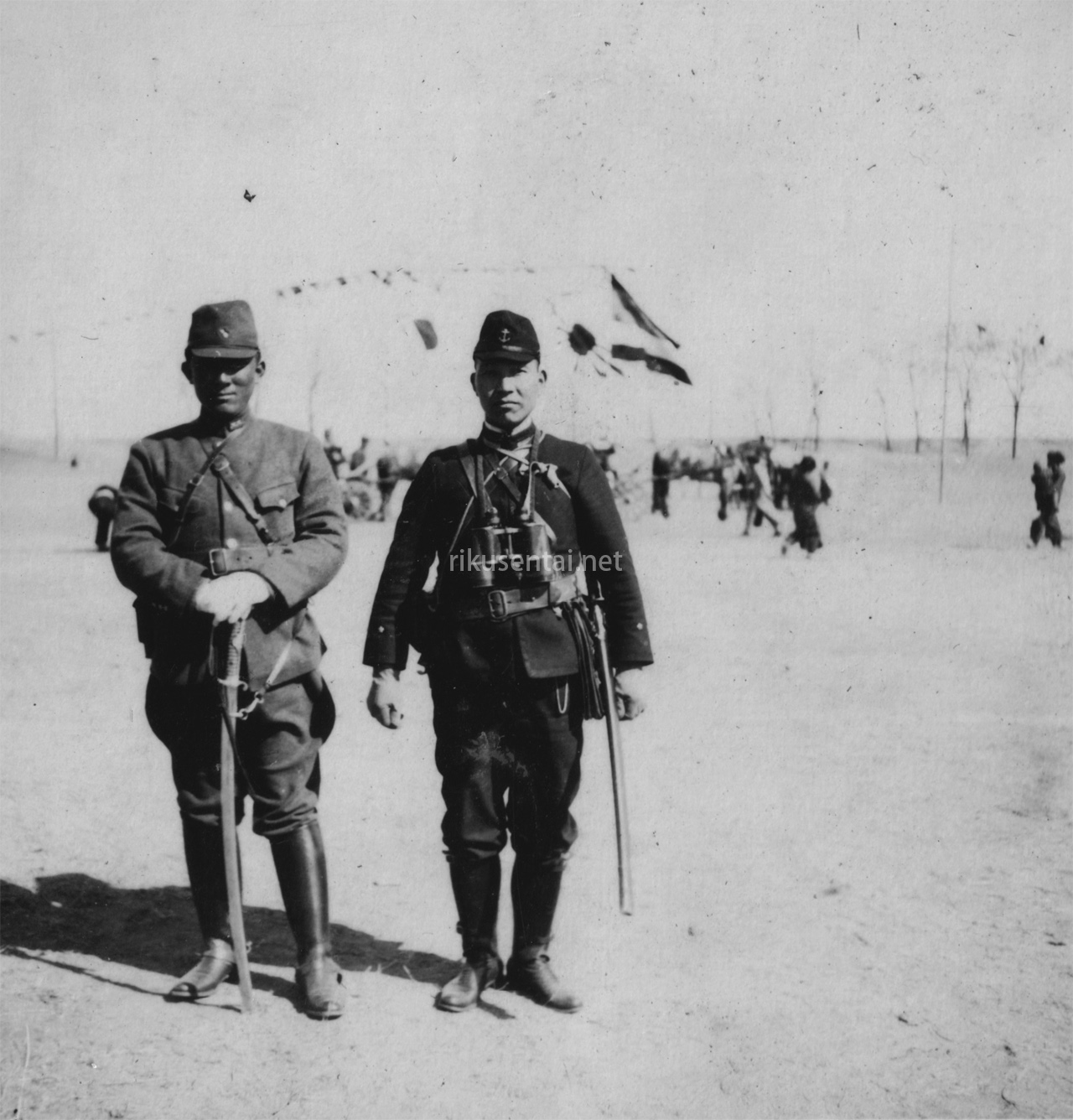 If anyone finds it interesting please let me know and I'll post more pics.
Top

Interesting, would be nice to see more
Top

.
You do not have the required permissions to view the files attached to this post.
Top
1934 posts