Discussions on the Winter War and Continuation War, the wars between Finland and the USSR.
Hosted by Juha Tompuri
21 posts

Mangrove wrote:It seems to me that the photograph n:o 162648 would have been shot from N-S direction, near the tree line and across the field, and not NE-SW as you suggest.

Thank you Mangrove for sharing the drawing and data. I assumed both photos were taken from the road that still exists. SA-photo 133879 caption contains a mention it was taken from children's hospital (see hospital at SA-photo 158071). Building still exists, see attached. The road goes uphill until the hospital then goes down and around it. So SA-photo 162648 must be taken from a bit down the road (visible on photo), i.e. south-eastwards to keep the main road parallel to skyline.

SA-Harlu.jpg
hospital.jpg
I have read the article refered by CF Geust and found some mismatches in the text. According the article, on the 20th of June 1944 a pair of Aerocobras went for a reconnaissance mission and while going back they found a train, strafed it and destroyed locomotive and three railcars. Author claimed it was AA train No 1. But according the message on the backside of the photo, the train was photographed by reconnaissance plane then the plane returned to airfield. Then the plane flew back to the place as a guide followed by group of ground attack planes. They found the train and strafed it. The place where it happened is unknown.

According the article, on the 22th of July 1944 same ground attack planes strafed a train at Sana railway station and destroyed a locomotive. I have no ideas about Sana railway station but it is clear that it was actually Harlu.
You do not have the required permissions to view the files attached to this post.
Top

You can better see the scene when the photos are pan-viewed.

Harlu_station.jpg
You do not have the required permissions to view the files attached to this post.
Top

Back side of starter photo.
My translation :

My dears !
That is my everyday work - Headquarter train with armoured platforms. - It was [not easy] to find it ! Then I landed and guided ground attack planes, alltogether we burned the train down.
[written around the border] white strips are prop reflections - photographed through the prop

backside.JPG
You do not have the required permissions to view the files attached to this post.
Top

A rather similar case that took place at Suistamo on 15 July 1944. The photograph was originally published on Jatkosota puna-armeijan silmin by Drabkin & Irincheev. The photograph was supposedly taken by Evgeni Pesterov while flying an IL-2. According to Finnish documents, two IL-2s bombed and strafed Suistamo Station, cut the main highway, damaged locomobiles N:o 278 and 476, destroyed a carriage and wounded a man.
You do not have the required permissions to view the files attached to this post.
Top

This series of photographs taken by N. Helander illustrates how an enemy pilot might perceive a train in different kinds of terrains. SA 141215-141217. 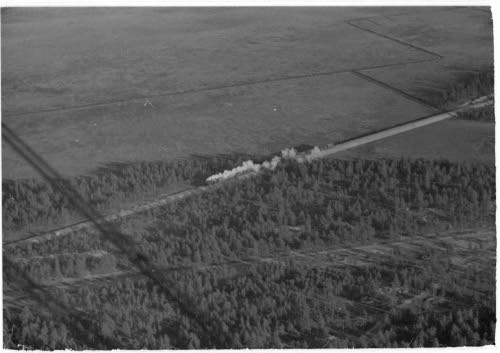 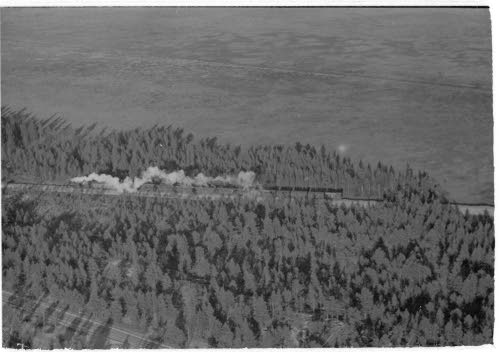 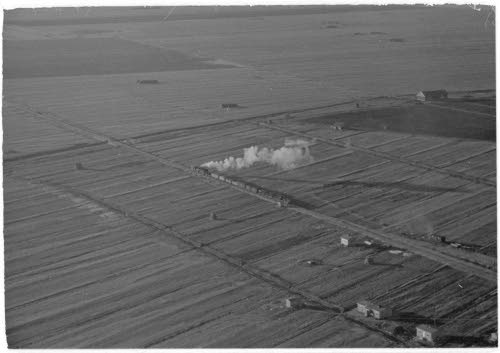 Päämaja's Rautatieosasto's bimonthly reports contain all damages to the Finnish railways during Winter and Continuation War. I have reproduced all aerial attacks against railways during August 1944 here for reference purposes. It's rather interesting most of the attacks were against Jänisjärvi Station even after the Battle of Nietjärvi in July 1944.

1 August 1944. Four planes strafed a train circa 300 metres from Jänisjärvi towards Alalampi on 7.45 a.m. The boiler on engine Tv1 no. 925 ruptured and the tender was hit several times. 10 soldiers were wounded on cars. There were no damage to the tracks.

27 August 1944. Two IL-2 strafed a train circa two kilometres from Leppäsyrjä towards Suistamo at 6.45 a.m. Same planes strafed the same train again at Leppäsyrjä Station at 7.00 a.m. The engine and three cars were damaged.