Correcting Frieser : the force ratio in May 1940

Correcting Frieser : the force ratio in May 1940

Frieser's Blitzkrieg Legend is regarded as the reference book about Fall Gelb. Frieser indeed makes a lot of good points, but one particular point always irked me : he seems to overestimate the relative strength in men and material of the Western allies against Germany, claming that « Paradoxically, in May 1940, the defenders were numerically superior to the attacker in almost all areas ». 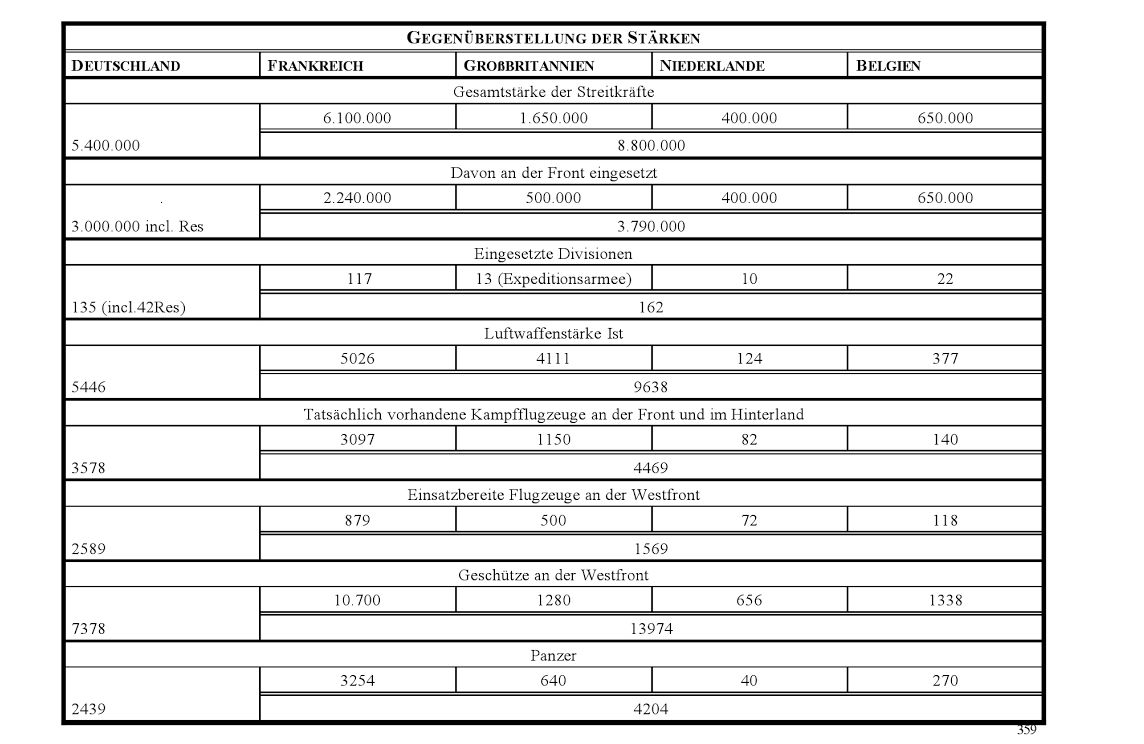 Frieser writes, based on Westfront 1939/40 Erinnerungen des Feindbearbeiters im O.K.H by Ulrich Liss, that Germany had only 7,378 field artillery pieces deployed on the front against 14,000 for the Allies, a large 2 to 1 disadvantage. But, looking at the Heer field artillery piece inventory [2], the Germans had above 13,200 guns. This inventory is not complete though, many types of guns are missing like the 7,7 cm from the Great war or various captured austrian/czech/polish pieces, for a total stock of maybe above 16,000 [3]. To me it's obvious that Liss didn't count infantry guns (like the 7,5 cm IG 18) or the captured weapons in the 7,378 pieces deployed. If the Germans deployed around 75% of their field guns in May 1940 (like the French did), then they had between 9,900 and 12,000 pieces facing 14,000 allies.