Discussions on all (non-biographical) aspects of the Freikorps, Reichswehr, Austrian Bundesheer, Heer, Waffen-SS, Volkssturm and Fallschirmjäger and the other Luftwaffe ground forces. Hosted by Christoph Awender.
5 posts • Page 1 of 1

Hi
I’m wondering if someone could help please?
I’m looking to pin down the date when the following action involving armored elements from Wiking’s II Panzer Battalion, commanded by SS-Hauptsturmführer Hans Flügel and which took place in mid (?) August 1944 during the first defensive battle of Warsaw in the vicinity of Tluszcz. 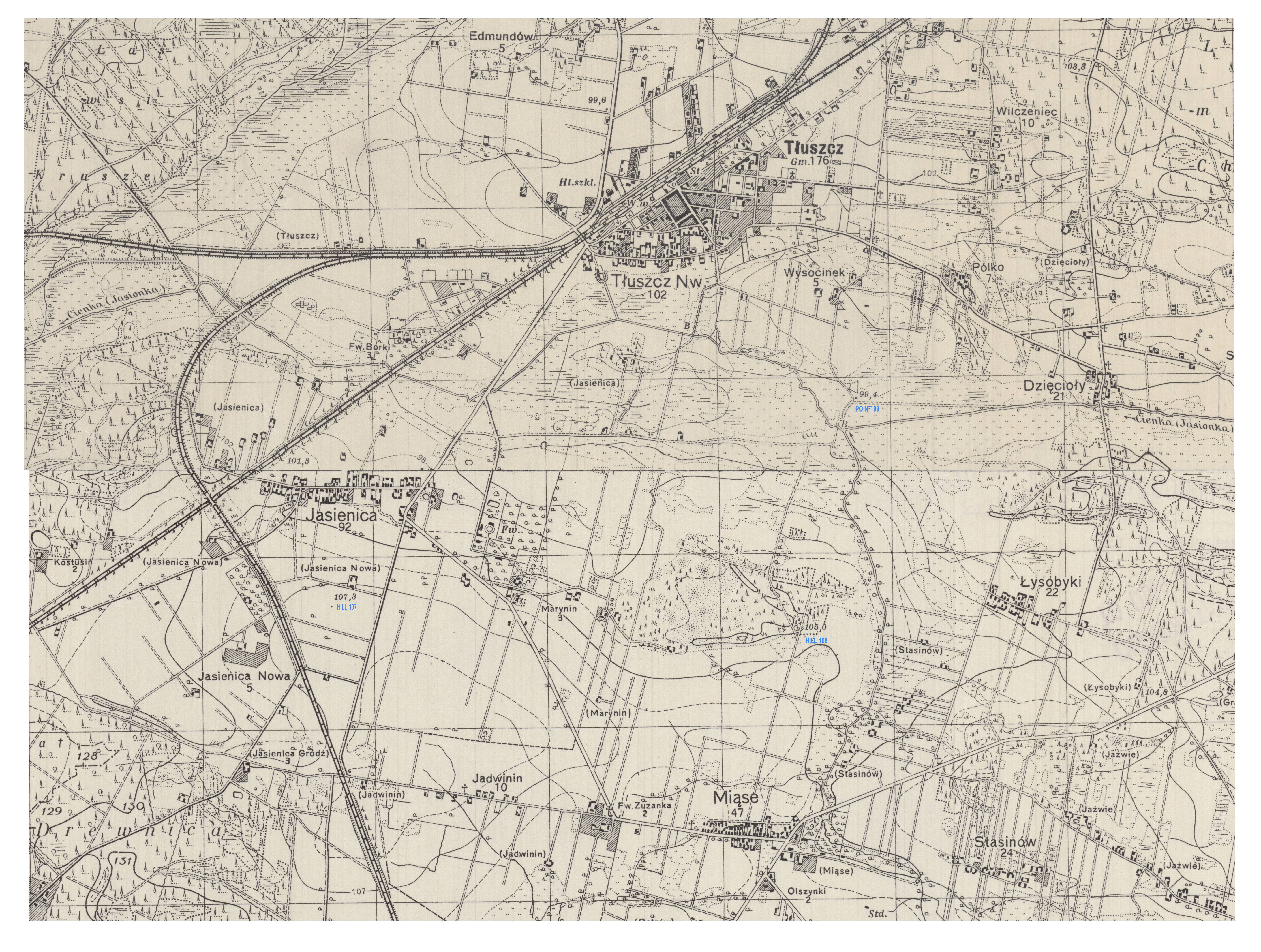 It’s around the action for which SS-Hauptsturmführer Hans Flügel was recommended (and subsequently awarded) the Knights cross.

My first reference is from Charle Trang’s ‘Wiking’ history. This is the first paragraph and it mentions this counterattack involving the village of Stanislawow, which is around 11km as the crow flies from Tluszcz. The date given is the 18th August 1944.

“At 2.30 p.m. SS-Hauptsturmführer Hans Flügel attacked with the 7 company heading west while the 5 and 6th companies were in charge of fixing the enemy by a frontal assault. The fortified sector of Stanislawow, just like the north and east edges of Stanislawow, was bristling with anti-tank guns and covered by tanks. The attack on II./SS-Pz.Rgt.5 failed.”

I also have an on-line reference from the Traces of War website which details the actual recommendation https://www.tracesofwar.com/persons/301 ... l-Hans.htm the date for the attack is also given as the 18 August 1944.

I also have is an account by SS-Hauptsturmführer Hans Flügel. He describes how he and his battle staff and 7. Kompanie of II. Abt./SS-Pz.Rgt. 5 operating in the vicinity of Jaseienka, just south east of Tluszcz - a dozen tanks in total, ended up being cut-off and spent a harrowing night in the search of the new German front lines while under strong enemy pressure. In this account, he records how one of the tanks in his command at 2pm suddenly blew up.

I can’t reconcile how on one hand his command can be attacking 11km south (at 1430Hrs) Stanislawow but at 1400Hrs seem to be cut-off and pinned by Soviet units in a totally different area 11km north of where they are meant to be attacking. 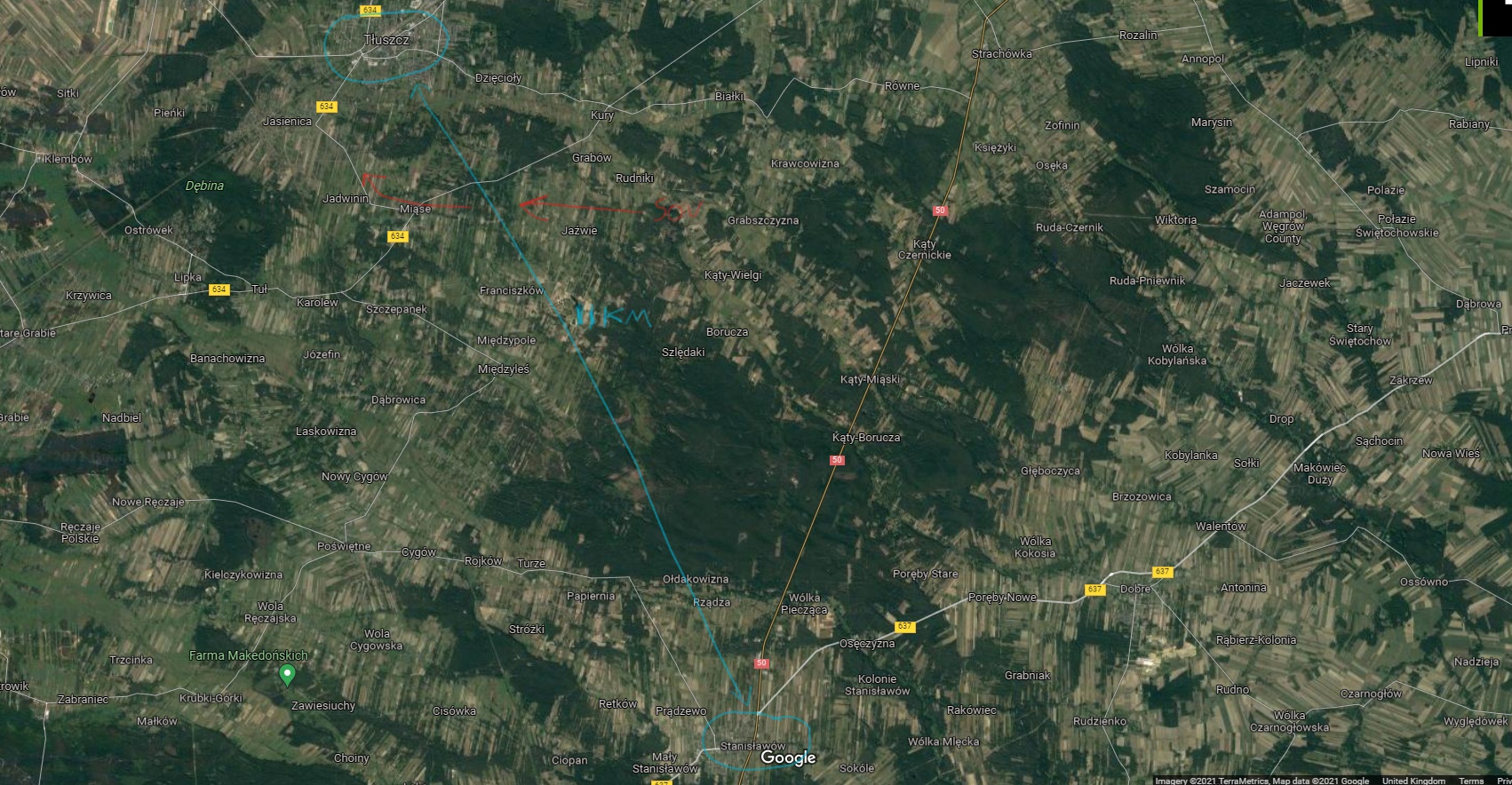 So I dug around to find references of attacks on Stanislawow in or around this time period. I found two. Klapdor in ‘Wiking Panzers’ makes no mention of the Stanislawow attack on the 18th August but does provide Flügel’s account of the above-noted retreat under cover of darkness. Interestingly Klapdor does record an attack by II./SS-Pz-Rgt 5 on Stanislawow – but is vague with the actual date being some time around the 9-10th August. Interestingly Klapdor does not mention the attack in detail, which given by SS-Hauptsturmführer Hans Flügel was recommend and awarded the Knights Cross for this action seems like a surprising omission given the book is a history of SS-Pz-Rgt 5.

Douglas Nash in his excellent Volume 1 of From The Realm of a Dying Sun page 143 also notes a counterattack by “two tank supported kampfgruppen from the Wiking division…” in the vicinity of Stanislawow taking place on the 9 August 1944.

So what’s going on here? I have conflicting sources that detail an attack on the village of Stanislawow on 18 August 1944 – one of which appears to be a primary source and giving the date for the action leading to the recommendation of a Knights cross. Looking at the overall situation and reports of how II./SS-Pz-Rgt 5 were engaged it does appear, given the situation that they were fully committed in and around the southern sector of Tluszcz north of Jadwinin. So I’m tending to think that the date for the Stanislawow action involving SS-Hauptsturmführer Hans Flügel should be earlier (9/10 August 1944)?

Can anyone confirm this or point me in the direction of other sources of info please?
Many thanks.
Top

This is extremely unlikely.

According to Soviet sources (260 RD) fighting in the area of Stanisławów took place on 8/9/10 of August. German attack with some tanks was reported at 4:30am on the 10th of Aug. just NW of Stanisławów.
By 12th of Aug. front line moved north-west up to Karolew and Jaźwie (both firmly in Soviet hands) and stabilized there.
From that day Stanisławów was about 14km behind the front line (on Soviet side).

On the 18/19 of Aug. 260 RD reported fighting with German tanks near Klembów, which is 6 km NW from Karolew, now up to 20km away from Stanisławów. Looks like Soviets were moving slowly but firmly in NW direction and any German presence near Stanisławów on the 18/19 of Aug. was unlikely.
The more you let yourself to go, the less others will let you to go.
F.Nietzsche
Top

This is extremely unlikely.

According to Soviet sources (260 RD) fighting in the area of Stanisławów took place on 8/9/10 of August. German attack with some tanks was reported at 4:30am on the 10th of Aug. just NW of Stanisławów.
By 12th of Aug. front line moved north-west up to Karolew and Jaźwie (both firmly in Soviet hands) and stabilized there.
From that day Stanisławów was about 14km behind the front line (on Soviet side).

Many thanks Greg - that's useful info thanks.

Aye when you look at the overall tactical situation why would Fluegel's panzergruppe go stampeding down there - by the 12 August it was way behind Soviet lines as you state.

The German source corroborates the Soviet in that by 18-19 August, the IV SS Pz.Korps was withdrawing under enormous pressure from the 1st Belorussian Front. As Mr Nash said "Under those conditions, it would have made no sense to retake Stanislawow on 18 or 19 August. Going by the war diary, it appears that the bulk of II.Abt./SS-Pz.Rgt. 5 was in the area of Tluszcz/Jasienica on 18/19 August."

So it appears the 18 August date is a typo in the citation for Fluegel's Knights Cross o- whether it was an original mistake or one made when it was translated is unclear as I don't have access to the original citation.Still can confirm no such action involving Fluegel's command took place at Stanislowow on either the 18 or 19 August. Klapdor page 325 mentions an attack on Stansilowow conducted by II./SS-Pz-Rgt 5 on the 9/10 August 1944.

I'll end by quoting Mr Nash - "Unfortunately, the portion of the SS-Pz.Rgt. 5 War Diary for the period 18 July - 10 August is missing, but the account in Klapdor's book squares with the daily report submitted by the IV SS Pz.Korps for 9 - 10 August, as well as with Fluegel's award citation."

PS Wee update.
I contacted Traces of War and advised them of the info I'd gathered and the confirmed discrepancy in the date on Hans Flügel's citation on their website.

PPS Second update.
It appears the date in the historical record is wrong! I had this updated response from Wilco at 'Traces of War' -

"Always welcome.
The problem is not I do not believe the dates, that we can trace back too, the problem is I need too find a way to address that fact in a proper manner with the wrong date in the citation.
The original citation text we have and there a wrong date is entered too. But as I stated it is a formal citation so we do not change it in there.
We address that in another way.
Met vriendelijke groet / Kind regards,
Wilco Vermeer"

So if you are reading Charles Trang's 'Wiking' the date he references (based on the original historic record) for the above action is incorrect as is the historic Knights Cross citation.
Top
5 posts • Page 1 of 1