I have two fragments from book Eljas Erkko: Vaikenematon valtiomahti (2009) with request to translate.
Thanks in advance. 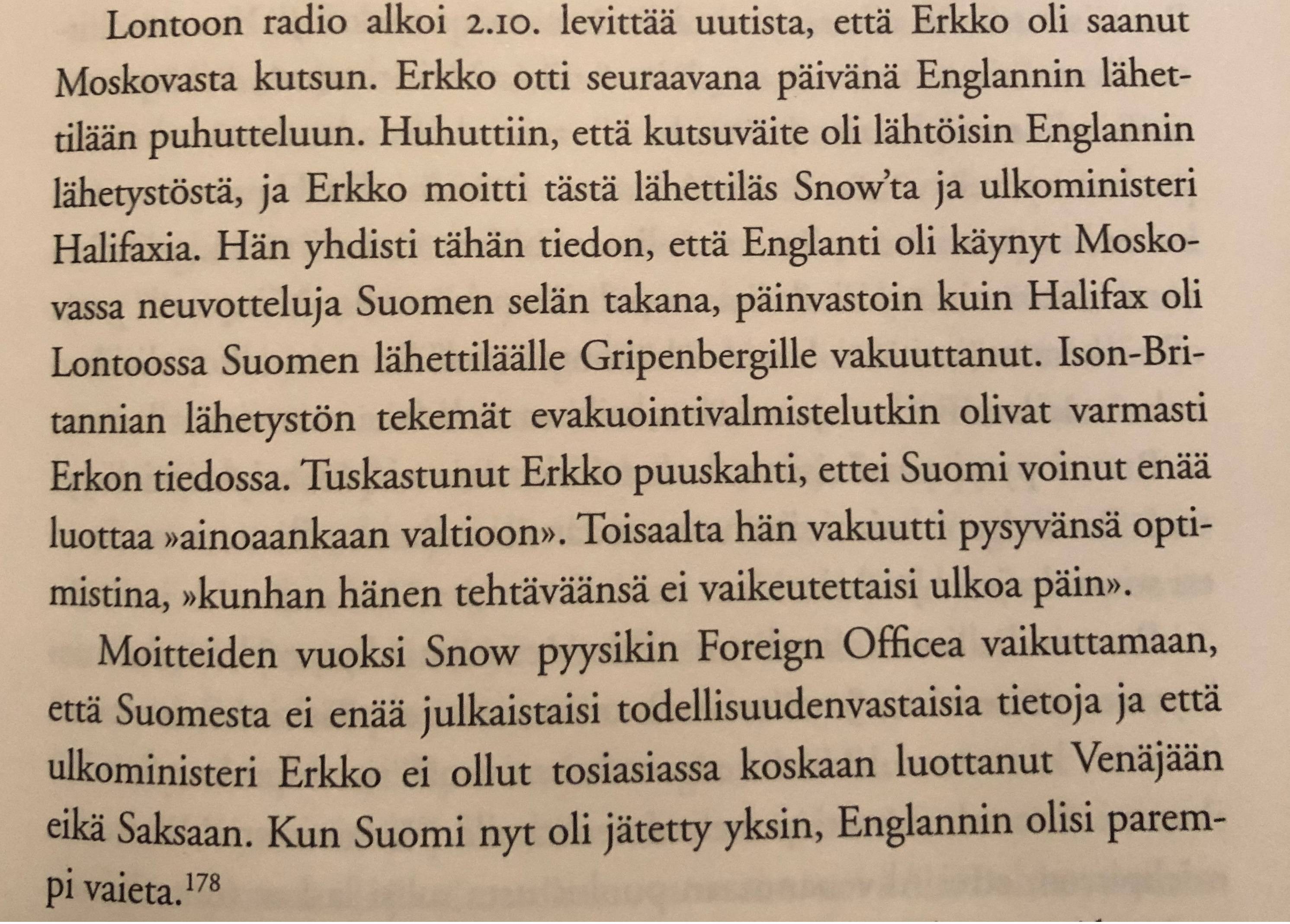 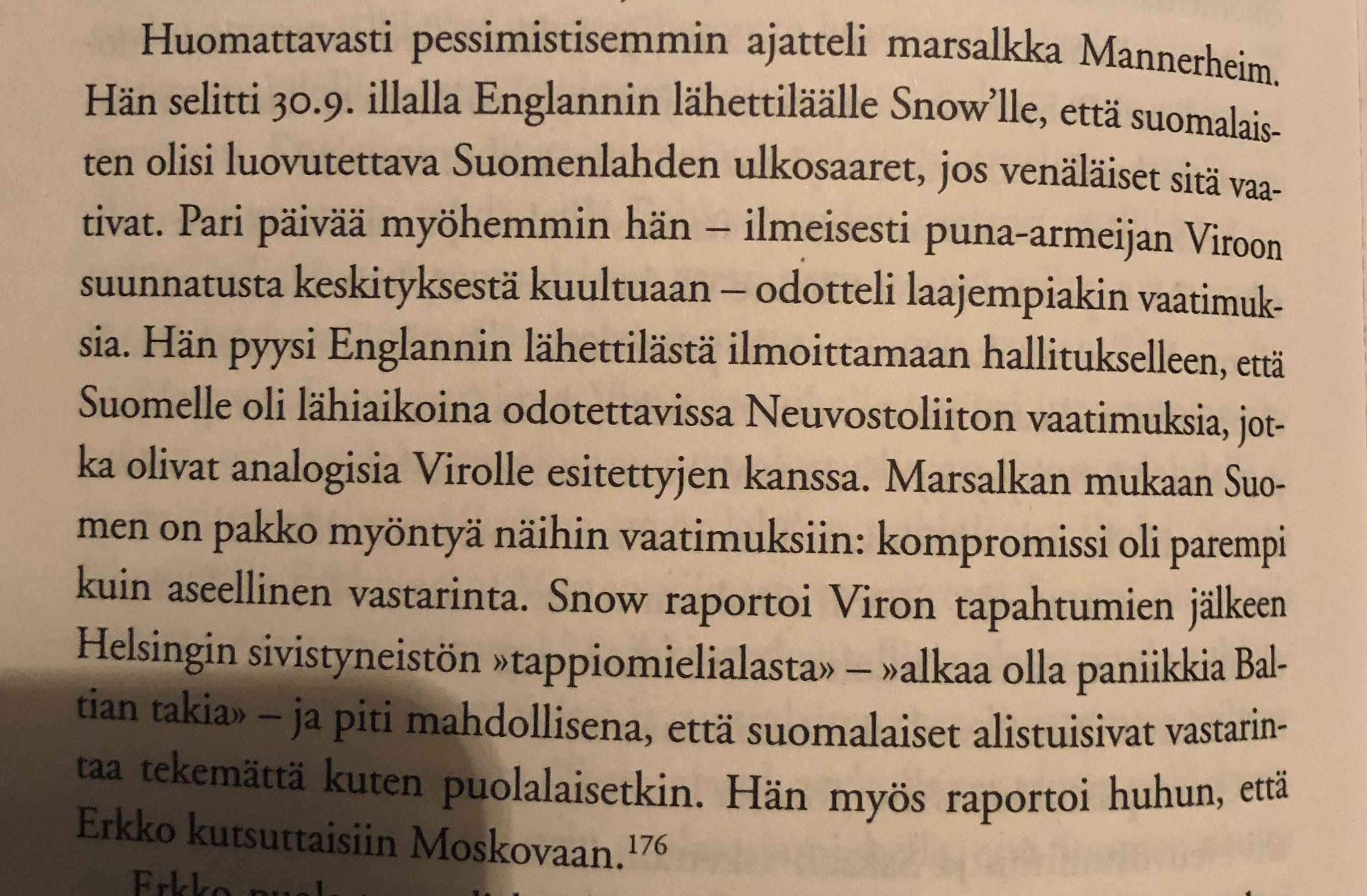 Re: Translation from Finnish

Just a quick translation. Errors and mistakes are possible. Use with care.

"On the 2nd of October Radio London began spreading news that Erkko had been invited to Moscow . The next day Erkko invited the British ambassador over. There was a rumour that the news item originated from the British Embassy, and Erkko blamed Ambassador Snow and Foreign Secretary Halifax. Additionally, Erkko blamed the Brits for conducting negotiations behind Finnish backs in Moscow, contrary to assurances given by Halifax during his discussions in London with the Finnish Ambassador Gripenberg. Erkko also must have known about the evacuation preparations done by the British embassy. Clearly frustrated, Erkko said, that Finland could not trust "any nation." On the other hand, he assured the Ambassador, that he would remain optimistic, as long as "his actions would not be complicated from without."

Because of the incident, Snow asked the Foreign Office to use their influence, so that no more false reporting would be published about Finland, and that Foreign Secretary Erkko had, in fact, never trusted Russia or Germany. Now that Finland had been left alone, it would be better, if the UK remained silent.

Marshal Mannerheim was considerably more pessimistic. He explained to ambassador Snow in the evening of 30th of September, that Finns would have to cede the outer islands in the Gulf of Finland, if the Russians demanded it. A couple of days later, most likely after hearing about the Red Army troop concentrations (?, don't know the context. The word in Finnish could refer to artillery barrage as well.), he expected the Soviets to make more demands. He asked the British Ambassador to tell his government, that the Soviets would most likely come up with more demands for Finland, in line with the ones presented to Estonia. According to Marshal Mannerheim, Finland would have to concede to these demands: compromise would be preferable to armed resistance. Snow reported that defeatism had taken over Helsinki intelligentsia after the events in Estonia - "there are clear signs of panic because of the events in the Baltic countries" - and considered it a possibility, that Finns would capitulate without resistance, just like the Poles. He also reported the rumour that Erkko would be invited to Moscow."
Top
2 posts • Page 1 of 1