Discussions on WW2 in the Pacific and the Sino-Japanese War.
3 posts • Page 1 of 1

I'm looking for any information that would describe, or show, the actual lay of the land for this defensive position on Guadacanal. 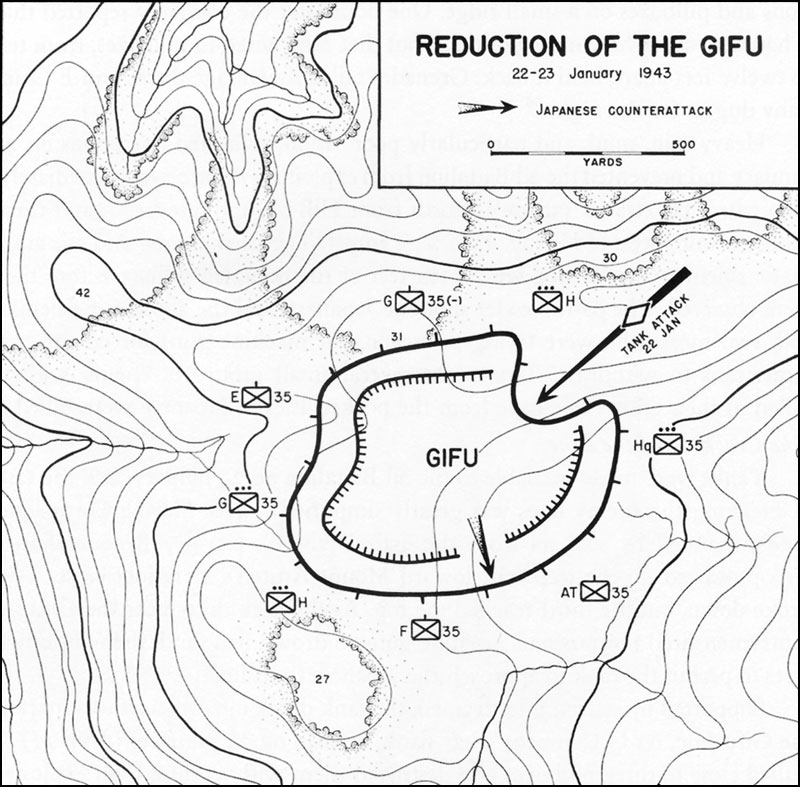 This aerial photo was taken during the campaign. Hills 27 and 31 are at the top of the photo. 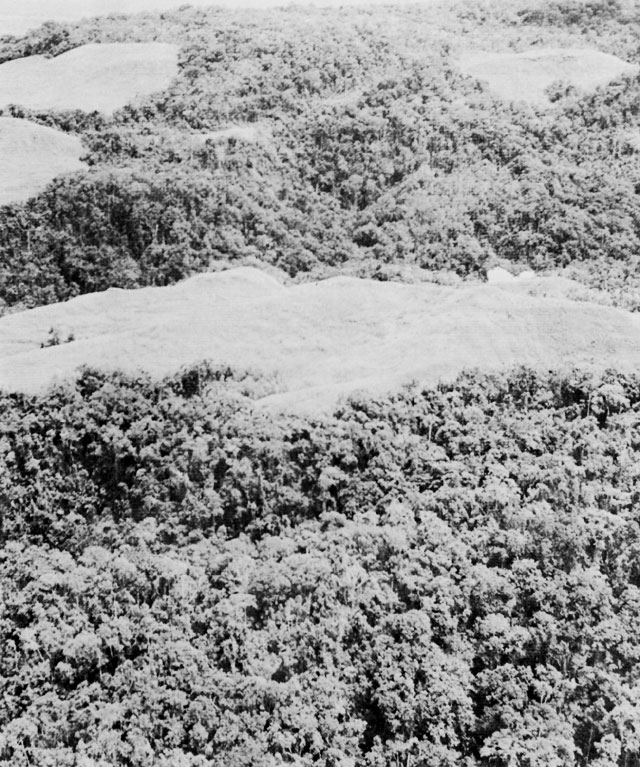 So far so good...except...I get google images that indicate this as the Gifu:

So was it located in the saddle between two hills, or was it a hill?
The gods do not deduct from a man's allotted span the hours spent in fishing.
~Babylonian Proverb
Top

Maybe this will help:

Facing the Americans was the most strongly fortified Japanese position on Guadalcanal, nicknamed "the Gifu" (after Gifu Prefecture in Japan) by the Japanese. The Gifu position sat between the summits of Mount Austen and Hills 27 and 31 and consisted of a 1,500 yd (1,400 m) line of 45–50 interconnected, mutually supporting, well-camouflaged pillboxes dug into the ground and forming a horseshoe shape with the open end to the west. Only about 3 ft (0.91 m) of each pillbox was above ground with walls and roofs, constructed from logs and dirt, up to 2 ft (0.61 m) thick. Each pillbox contained one to two machine-guns and several riflemen; some were sited underneath huge jungle trees. Each of these pillbox emplacements was sited to provide mutual support to the others. Numerous foxholes and trenches provided additional support and cover for additional riflemen and machine-gunners. Behind the pillboxes, the Japanese had sited 81 mm and long-range 90mm mortars.[25] The Gifu was commanded by Major Takeyoshi Inagaki with around 800 men from the 2nd Battalion, 228th Regiment and the 2nd Battalion, 124th Infantry.[26]


Location
This location was dubbed "The Gifu" by the Japanese Army for an oval shaped area between Hills 31 and Hill 27 to the west of Mount Austen near the north coast of Guadalcanal. Also known as simply "Gifu". To the northwest is Hill 42. To the west are Seahorse and Galloping Horse. To the east is Mount Austen and roughly nine miles away is Henderson Field.
Wartime History
The Gifu was a Japanese Army defensive strong point in the jungle area between Hill 31 and Hill 27. This area was known as "The Gifu" the hometown of most of the Japanese defenders who resided in Gifu Prefecture in central Honshū in Japan.

I'll check one of my books.

The dates for the reduction of the position is during the late starvation period of the Japanese on the island, and after the evacuation decision.
Top
3 posts • Page 1 of 1

Return to “WW2 in the Pacific & Asia”