Discussions on all aspects of the First World War not covered in the other sections. Hosted by Terry Duncan.
6 posts • Page 1 of 1

I have a citation that British Indian Army troops were brought to Kwang Chou-Wan, (south of Hong Kong), to garrison in 1914 and stayed till 1919. Can anyone confirm and/or provide more detail? Many thanks in advance.
Top

I have never heard of this. The French themselves certainly had some apparently Chinese colonial troops there: https://en.wikipedia.org/wiki/Guangzhou ... ilitia.jpg

Perhaps they had to repatriate so much French manpower for the war that they asked for British support?

Thank you Sid: I think we need someone really learned in the history of the British Indian Army. I too have never come across this before --source CFang via search term Kwang Chou wan. Have not come across anything in the British Admiralty Folio's on WWI that support this. I am weak on British-India Army. Many thanks. Everyone please feel free to add to any of my questions.
Top

The French presence seems to have been pretty tenuous. In 1931 there only 266 French citizens among 206,000 Chinese.

Bizarre, bizarre, I didn't find nothing until now about this curious affair...why a British garrison would be located in a French concession 5 years, it would be like sent an other in Portuguese Macao (?)

the territory was rattached for administration and military to Indochina, even with the departure of many French cadres and others ranks leading to disband several companies reducing the French Army ORBAT in Indochina, there were still more than enough troops from closest Tonkin with 2 of the 3 brigades, and the rest of Indochina, to renforce the garrisons in China as it occured with a newly-raised Battalion of Tonkinese Tirailleurs in 1915 or even reinforcements coming from metropolitan France for both China and Indochina garrisons... 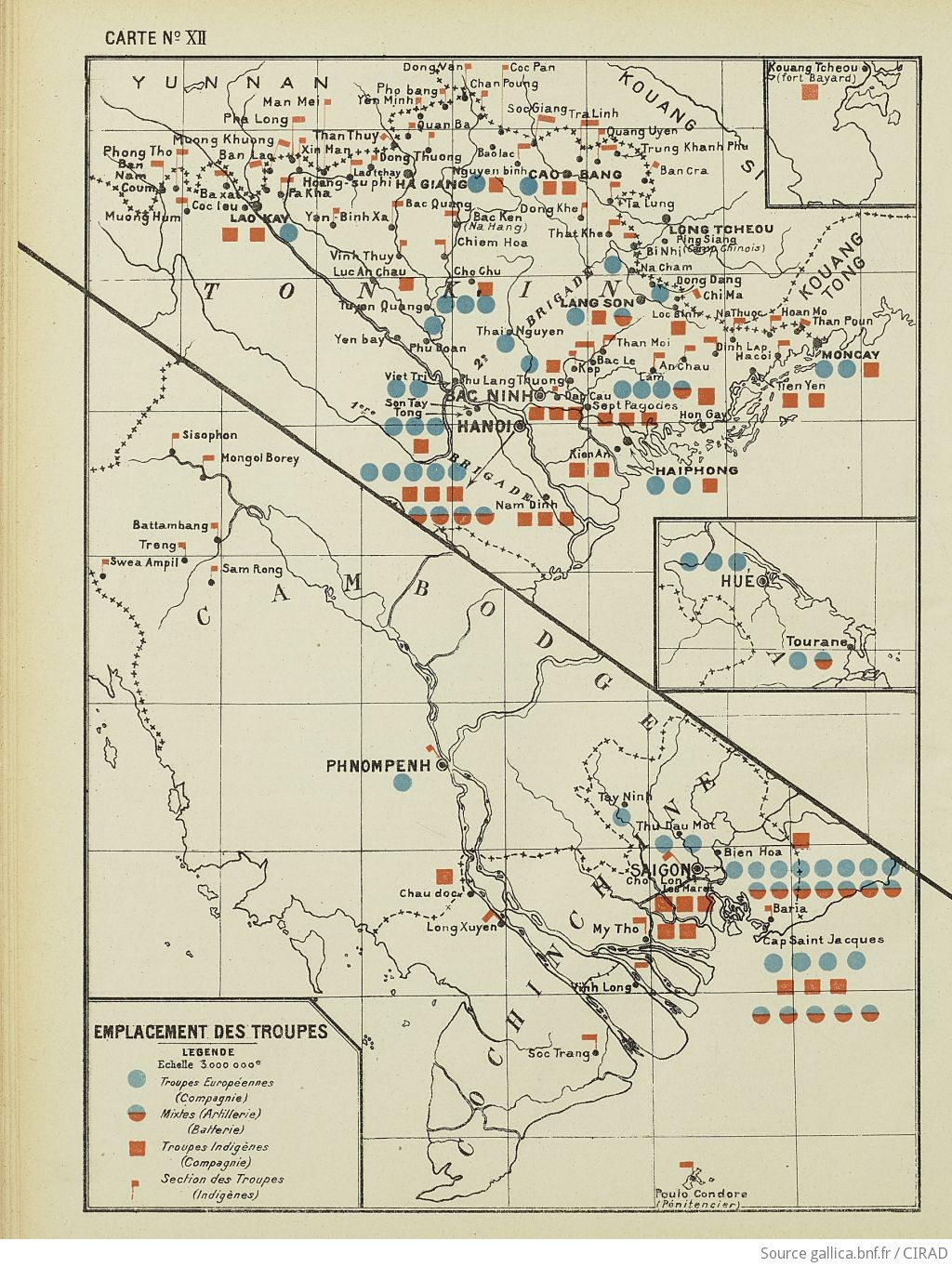 You do not have the required permissions to view the files attached to this post.
Top

Thank you Sid and Loic: we are all skeptical. I certainly will not even repeat the question again however, someone with knowledge of the British Indian Army, may find something. Loic can I ask if you kind find anything on the Decidee, Dourdart de Lagree, Argus and Vigilant at the beginning of the war. Thank you for your willingness to share.
Top
6 posts • Page 1 of 1