I'd like to add more about Nishimura Kō. His father was renowned Japanese biologist, Nishimura Makoto (西村真琴) who developed Gakutensoku (學天則), Asia's first robot. The former Kamikaze pilot played his father's role in a historical fantasy movie 'Tales of the Imperial Capital' (帝都物語, Teito Monogatari) in 1987.

Another Kamikaze pilot Emi Shuntaro (江見俊太郎) also had a successful career as actor after the war. He was conscripted in 1944 when he was studying in the Waseda University, majoring in political economics. Serving as second lieutenant in a Kamikaze unit, fortunately, the war ended just before his Kamikaze sortie. He appeared in the 1956 mega-hit movie 'Emperor Meiji and the Russo-Japanese War' (明治天皇と日露大戦争, Meiji Tenno to Nichiro Taisenso) as Major Yamaoka Kumaji (山岡熊治).

* This famous, exaggerated scene will be remade more dramatically in next sequel of the controversial drama, 'Clouds over the Hill' (坂の上の雲, Saka no Ue no Kumo) in December this year.

* The above scene is quite different from Captain Tsunoda Koreshige(津野田是重)'s account.

The above scene is based on Captain Tsunoda's account, but Kawakami Toshitsune (川上俊彦), who was on the spot as interpreter at that time, told that the Russian staff did come out to greet them. Two men have different accounts on what had happened just before the meeting began. We find a lot of similar phenomena when we try to verify historical facts, especially, atrocity cases...

What about Jimmy Edwards ??did he fly Dakotas WW2?
Top


He served in the Royal Air Force during World War II, earning the Distinguished Flying Cross. His Dakota was shot down at Arnhem in 1944, resulting in his sustaining facial injuries requiring plastic surgery — he disguised the traces with the huge handlebar moustache that later became his trademark. He was a member of the Guinea Pig Club.

Twenty years ago we had Johnny Cash, Bob Hope and Steve Jobs. Now we have no Cash, no Hope and no Jobs....
Lord, please keep Kevin Bacon alive...
Top

Cherokee-American actor Wes Studi served with the U.S Army in Vietnam. Studi is best known for his film portrayals of Native American figures from history and literature, including Geronimo and "Magua" from 1992's "Last of the Mohicans". Tony Curtis, formerly Bernard Schwartz of Brooklyn, served as a signalman in the U.S. Navy aboard the submarine tender U.S.S. Proteus. His ship was present in Tokyo Bay for the formal surrender of Japan aboard the U.S.S. Missouri on Sept. 2, 1945, which Signalman Schwartz watched through a pair of binoculars. “That was one of the great moments in my life,” he later wrote.
Top

During WW I he became a volunteer in the Austro-Hungarian Army and served as an infantry lieutenant from 1914 to 1916. Later he was prromoted to the rank of captain in a ski patrol where he was wounded and decorated several times.

dabbydo wrote:I don't have a source but if I remember correctly, Tom Poston was a C-47 pilot on D-Day.
He was in the Bob newhart show.

By the way, Benny Hill was in the Army

Dear Dave and others,
I am new to this forum, but this was an interesting topic to fish out. Bob Keeshan (Captain Kangaroo) was a combat aid man in the Pacific in WW 2.
Strike Swiftly,
TH-M-2
Top

During World War II,Broderick Crawford enlisted in the United States Army Air Corps.Assigned to the Armed Forces Network, he was sent to Britain in 1944 as a Sergeant,serving as an announcer for the Glenn Miller American Band.

BCrawford.jpg
Crawford was specialized in detective or policeman roles.

Photo:http://www.starstills.com/products/(SS2 ... Photo.html
You do not have the required permissions to view the files attached to this post.
" The right to believe is the right of those who don't know "
Top

Born 1900, Austrian cavalry in WWI, Graf Friedrich Anton Maria Hubertus Bonifacius von Ledebur-Wicheln, started in films in 1945. Played a field Marshal in "Blue Max", the officer in charge of the POW compound in "Slaughterhouse 5", and many other Generals and one Admiral under the stage name of Friedrich Ledebur. Looks the part of a general!
Top 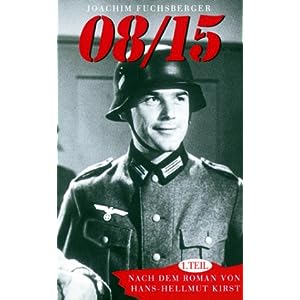 In 1943 he became a paratrooper and was sent to the Eastern Front where he was wounded. He was captured in a hospital in Stralsund by Soviet forces and came into Soviet captivity and later in American and British captivity.
Top

Soon after Pearl Harbor Ed enlisted in the US Marine Corps where he served from 1942 - 46. He took part in some main battles in the pacific theatre (Guadalcanal, Tarawa) where was wounded several times and highly decorated.
He claimed that he was secretly wearing lingerie under his uniform while in battle.

César Romero Jr.
American actor. In October 1942, he enlisted in U.S. Coast Guard in Pacific Theater. He reported aboard
Coast Guard-manned assault transport USS Cavalier in November 1943, saw action during the invasions
of Tinian and Saipan.
You do not have the required permissions to view the files attached to this post.
" The right to believe is the right of those who don't know "
Top