Aviatrix Jean Batten in Sweden during 1939?

Discussions on the Allies and the Neutral States in general and the countries that does not have sections of their own.
6 posts • Page 1 of 1

Aviatrix Jean Batten in Sweden during 1939?

A man named Intrepid Bill Stephenson was sent out to Sweden by the head of MI6, Admiral Sir Hugh Sinclair, in September 1939, & whilst trawling biographical accounts of James Bond 007 author Ian Fleming, I discovered Fleming & Stephenson both worked in Sweden during 1939. 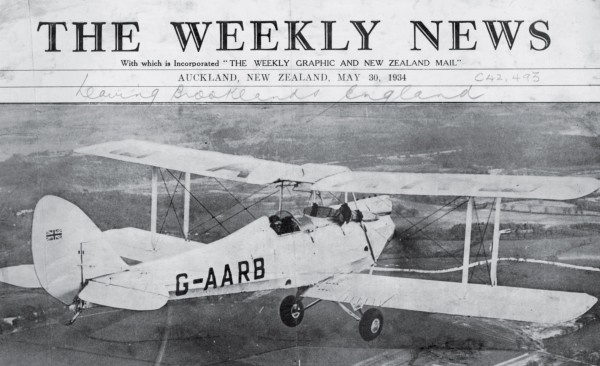 Also whilst trawling biographical accounts of New Zealand aviatrix Jean Batten I learned she was also active in Sweden during 1939. in 1946, Batten & her mother stayed in a bungalow at Golden Eye, Jamaica with Ian Fleming & Noel Coward as neighbours 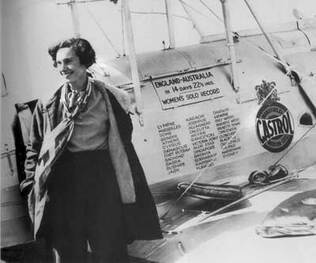 I was intrigued to read & hear in a radio documentary about Batten that Hitler personally granted her permission to fly out of Sweden across France just 2 days before the invasion of Poland.

Please could anybody fill in the blanks for me?
What was Batten's connection with Hitler?
Did she have some connection with Nazis in Sweden or with Swedish nobility?
Top

Her autobiography “My Life” is available online and a quick look through does mention meeting swedish and danish nobility on her tour to scandinavia. Might be of some interest if you have not already read it. Here’s the link
http://nzetc.victoria.ac.nz/tm/scholarl ... atMyL.html

Naturally Waleed, I have read her autobiography, but since she died in 1982, short of a seance, I don't see how that could help?

Batten wrote My Life in 1937, published by George Harrup & Company Limited of Londonderry, 1938
AT that time she was a close friend of King George Vi and King LEOPOLD III was her suitor. this was prior to her year long tour of Sweden

Perhaps you can explain how Batten's autobiography published in 1938 would shine light on events in 1939?
Top

I apologize, my mistake. You are right, no shining light.
Should have read this earlier post and the replies on the subject.
viewtopic.php?t=104475&start=90#p1968172

A rather small point of clarification concerning the original post. "Intrepid" was not part of William Stephenson's name, nor was it a codename for him. During the war, Stephenson ran British Security Coordination (BSC), a semi-overt British intelligence station headquartered in Rockefeller Center in New York City. "Intrepid" was the public cable address of BSC, duly registered with Western Union. The name was wrongly associated with Stephenson personally in a later biography.
Top

Nevertheless, mention William STEPHENSON and most people do, indeed associate Intrepid with him, correctly or otherwise.
only a matter of minutes before posting this reply I READ THE FOLLOWING article about Batten's novelist biographer Fiona Kidman

But in the sequence to do with Ian Fleming, it is really true that they lived close to each other, and partied a lot, along with Noel Coward. I don’t know the exact nature of their relationship but there are some clues, not least that Jean and her mother left Jamaica a week or so after Fleming had to make a hasty marriage to another woman. I don’t take them inside the bedroom, but I do imagine the sexual tension that almost certainly existed between them. I genuinely believe that there are elements of Jean in Solitaire in Fleming’s Live and Let Die, and if I’m right about that then it opens up some very interesting possibilities, which is more or less where I leave it in the book.
Top
6 posts • Page 1 of 1