Pigeons and the Belgian Army May 1940

Discussions on the Allies and the Neutral States in general and the countries that does not have sections of their own.
5 posts • Page 1 of 1

Pigeons and the Belgian Army May 1940

Each Corps had a Signal Battalion which included a platoon with 3 mobile dovecotes.
In May 1940 I Corps for example had one mobile dovecote positioned with the HQs of 4th and 7th Infantry divisions to provide another link back to I Corps HQ.

Does anyone have pics of such mobile dovecotes?
Top 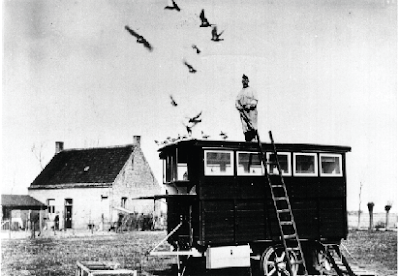 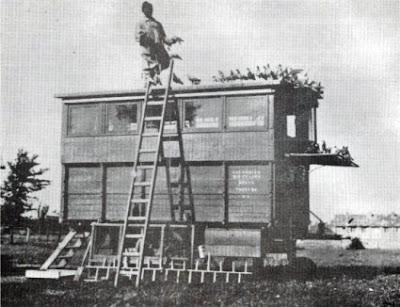 Thanks again Prosper, now I have some idea of what to look for.
Top

pics of a mobile dovecote

Transmission Regiment Troops Army mobilizes at the end of August 1939 in the TTR barracks in Vilvoorde.

Racing pigeons Department of the Army: the pigeons service is located at the outbreak of war in the Army central pigeon post in Vilvoorde.

15 5 40 Racing pigeons Department of the Army moves to Tielst.

25 5 40 Racing pigeons Department of the Army moves to the villages of Eernegem and Aartrijke.

Battalion Motor Cyclists Ardennes Hunters
On 22/05/1940 around 20h30 recommends VIIth Army Corps to its large formations to send out some reconnaissance officer on the Lys to determine where the Germans are. The battalion will be given the task to send three patrols each one officer and three men on the road. Between 22u45 and 00u20 leave three teams:
• Lieutenant Van Eeckhout and his team will explore post in at km 6 of the job-Gavere Deinze
• Lieutenant Gerard receives the command post of Kruishoutem
• Lieutenant Habay leaves his post at Steenbrugge
Each team gets two travel pigeons to relay urgent messages.

The Belgian army was last in a regular manner military carrier pigeons used during the 18-day campaign in 1940. These were brought into pigeon-4 platoons, respectively, depending on the 21-22-23-24 Bn TTR. At the conclusion of the 18-day campaign the most military pigeons were slain.

hello
the pigeon-breeding was a hobby very present in the regional culture of Northern France and Belgium
L'Auto-vélo___automobilisme_cyclisme_athlétisme_[...]_bpt6k4635625h_8.jpeg
L'Auto-Soldat
8th october 1939
You do not have the required permissions to view the files attached to this post.
Top
5 posts • Page 1 of 1