Discussions on all aspects of China, from the beginning of the First Sino-Japanese War till the end of the Chinese Civil War. Hosted by YC Chen.
3 posts • Page 1 of 1

I'm currently building a model of a T-26 in use by the Republic of China. Now despite the kit boasting covering 10 variants, and having decals for the RoC, doing a bit of research I've now discovered that it doesn't cover the variants that were in service in China. Bah!

I haven't seen it mentioned in my research, but it appears that the Chinese received T-26 of two specific variants. Both were fitted with horseshoe turret antenna, twin searchlights over the gun, a second stowage box on the left fender (identical to the one on the right), and importantly had a rear door on the turret fitted with a ball mounted machine gun. 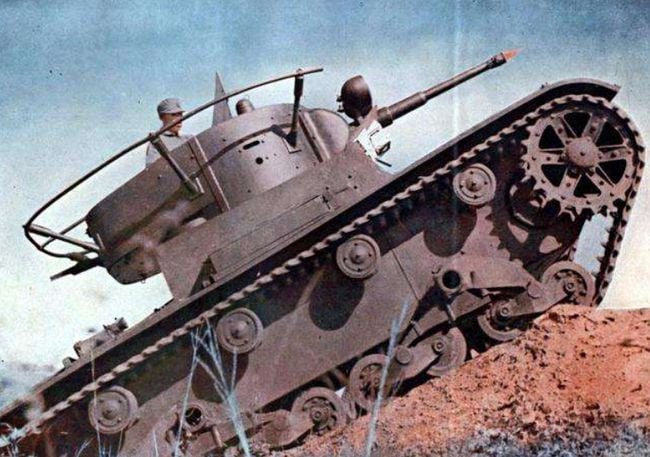 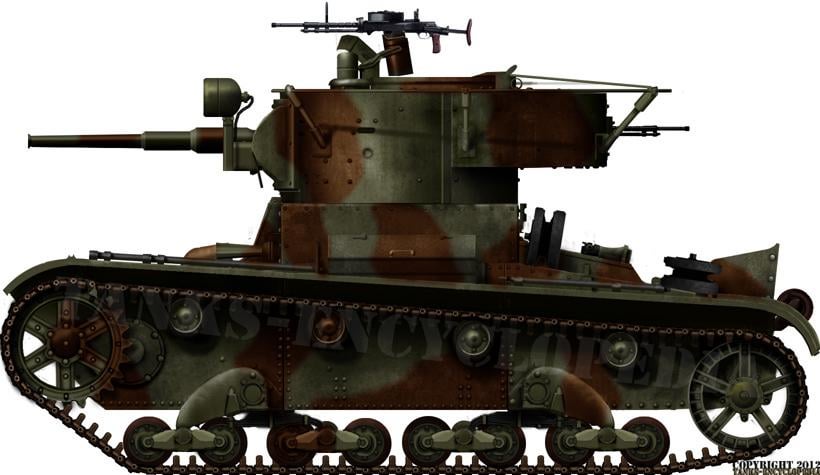 These tanks appear to have been of two models. One with the standard twin square hatches and with a rear mount for a pintle machine gun. The second had a unique commander's cupola in place of the right roof hatch that had a forward facing machine gun pintle mount and lacked the rear one.

Scouring my photograph collection I can't find any T-26 that clearly aren't of these two variants. I've seen Chinese vehicles that lacked either the antenna, searchlights, or both - but there's usually remnants of their mounts to indicate that they were originally there and either damaged or removed. Others are taken from a side angle and lack the rear machine gun, though indicate a mount, so I assume that the gun is just not fitted. 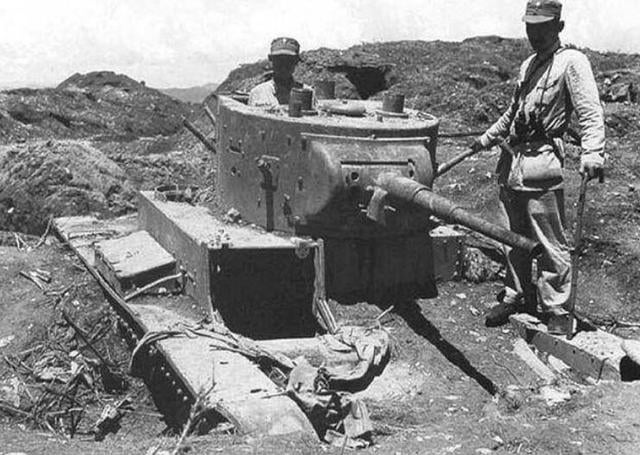 Has anyone found evidence to the contrary with this? As in did China really use any other T-26 variants (obviously of the conical turret type, they didn't use the later model turrets with angled sides for instance)?

I have to wonder why of the 87 (ish) T-26 China received, they were all of these series? Being that they were the most modern variant as of the time they were delivered - which seems like a luxury. Was that simply due to expedience as it was what the factory had on hand, or were the Soviets wanting to give the Chinese the best that was available I wonder (I don't believe they sent Chiang similarly modern armoured cars for instance, but they did send BA-6 to another Warlord).


I may mention that notably the game World of Tank's seems to be intending on adding one of the variants I mentioned to their Chinese line up. Whilst most of their Chinese vehicles are pure fantasy, this game seems to be an exception in adding one of these variants (particularly in that its competitor Warthunder has a Model 1939 vehicle as their Chinese T-26... Hey at least it has the rear MG). It does however lack the rear MG, but oddly features the rear door (which I don't believe is on T-26 turrets) - I guess for gameplay purposes or something. Here's a picture of the commander's cupola from that game. 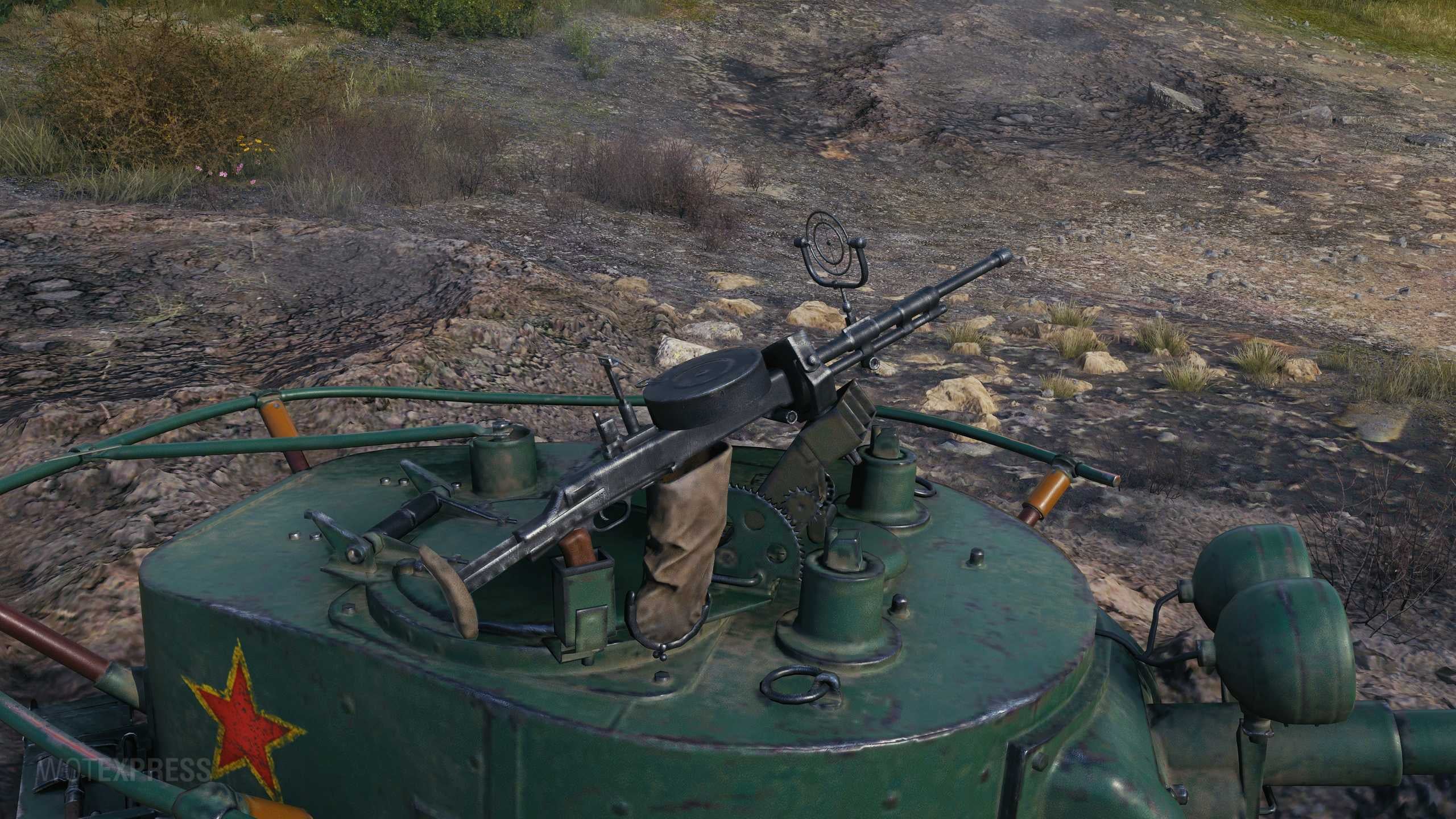 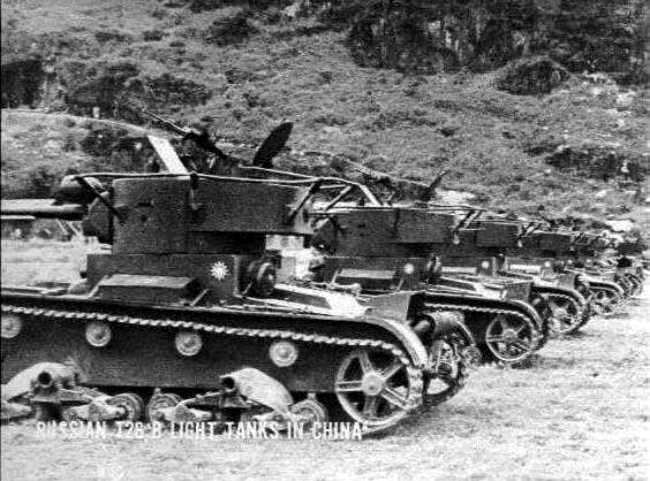 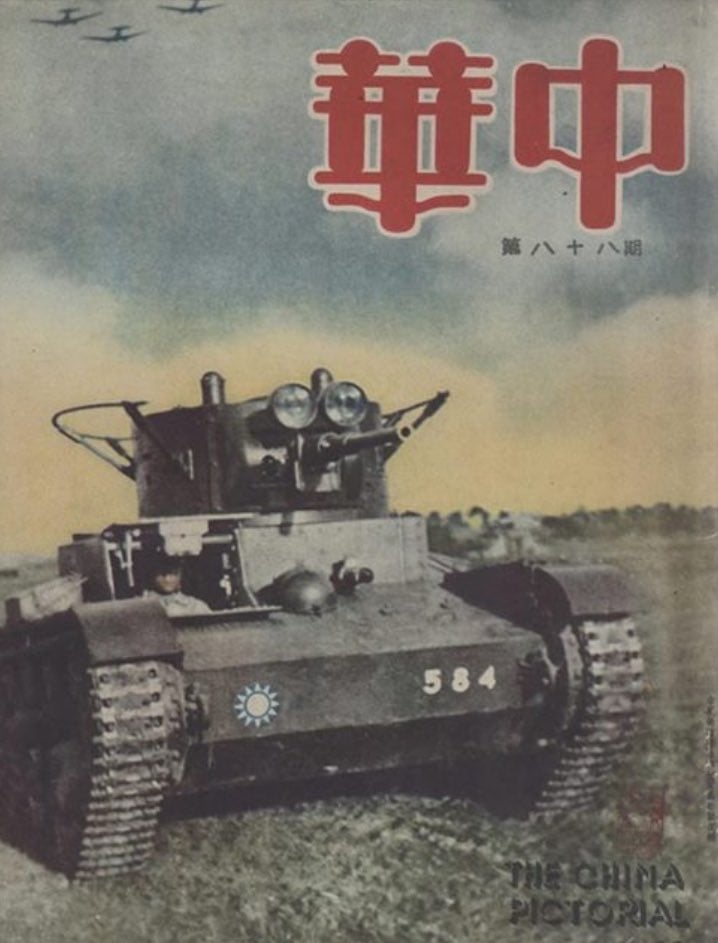 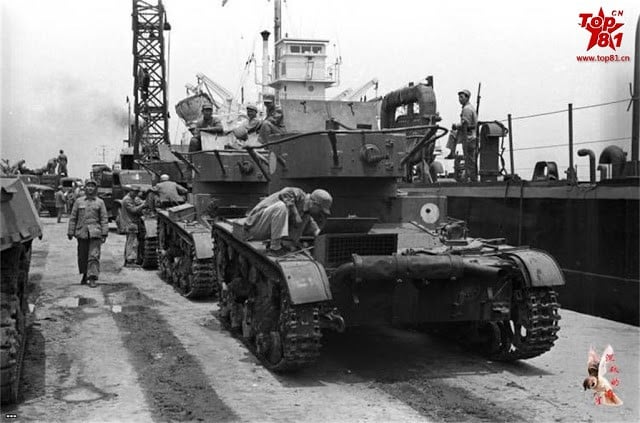 In 1937 with the Marco Polo Bridge Incident relations between China and their then largest arms supplier - Germany - ended as a result of complaints from Japan. At the same time, which also effected relations, the Soviets and Chinese Nationalists signed a non-aggression treaty. The two parties had actually had a cooperation treaty a decade earlier, but that was abruptly ended by the Nationalists - followed by bringing in the Germans & then the Northern Expedition.

This non-aggression pact included clauses for instructors & credit to purchase arms, among other things. Though it also required the Nationalists and Communists to also make peace. The Nationalists, having suffered severe losses at Nanjing and Shanghai, set about buying up some relatively modern weapons systems from the Soviets (however the fighting of 1937 did I think make the KMT a bit more conservative with their usage). Among other things these purchases included T-26 tanks - which seem to have outright replaced the earlier Vickers 6 tons they had (though it seems single digits did continue to see service) and become the most common tank in use by the KMT.

The T-26 at the time was a modern tank, and frankly probably better than most of what the Europeans or Japanese were fielding at the time with their long 45mm guns. Purportedly some BT-5s were also part of the order, but that seems to be speculation, and similarly armed BT-6 armoured cars were provided to a Soviet sympathetic Warlord too. There also was an order placed with the Poles for a fleet of 7TP tanks (yet another derivative of the 6-Ton, like the T-26), but that wound up being cancelled after Germany's invasion of Poland.

Chinese T-26 saw service all over - they even took them to Burma with the Expeditionary Force. Ah, when they actually saw combat that is and weren't held back by their owners for fear of losing them. Many survived post-WWII into the Chinese Civil War, with some continuing to see service even after the Nationalist's retreat to Taiwan. With the Civil War tonnes of KMT equipment wound up being captured by the Communists however (which brings me to your original point I think), However by that point each side were now fielding Stuarts & Shermans, though regardless given the variety of armoured vehicles in use during the Civil War, an actual tank with a 45mm gun probably still had the upper hand in many fights (there were loads of improvised armoured cars, and even older tanks than the T-26 being used there, besides things like tankettes).


Ah, so aye. Heh, my post's about these vehicles in early Nationalists hands. The Communists wouldn't touch them for another, what, 7 years at least after they were originally put into service with the KMT.

The image from the game World of Tanks having Communists insignia is part of the whole fiasco that is the Chinese vehicle line in that game I suspect :ong story short, the company farmed out researching the line up to a Chinese Company in exchange for Chinese Servers. That company then proceeded to make up 90% of the vehicles, with the original company then passing them off as real. Of the few vehicles that aren't outright fabrications, you have to buy with real money period correct Nationalist insignia, as opposed to the Communist iconography the game uses by default - presumably due to the whole line pretty much being intended for the Chinese Community. The competing game Warthunder does something similar - the vehicles aren't completely fictions (still the wrong T-26 variant), but the Communist insignia is unlocked early, but the Nationalist ones take ages to get, regardless of them being more accurate for particular vehicles during the WWII period most of the games are set in (and even the Taiwanese soldiers wear PRC uniforms...).

Well, that was a tangent.